These beautifully marked dolphins share a distinctive common feature with their northern cousins in having no dorsal fin.

This is one of the least well-known species of dolphin, in part due to its preference for deep, oceanic waters and its distribution throughout the cool temperate sub-Antarctic waters of the southern hemisphere.

Pretty cool. They have a streamlined, slender body with no dorsal fin (which makes them easy to identify) and their colouration is ‘two-tone’ with black on the upper body from just in front of the blowhole all the way down to the flukes and white on the lower. They also have a short, well-defined beak, gently sloping forehead, and small, pointed flippers – all of which are white. Calves are greyish brown or cream and develop the mature colouration with age. All black individuals have been documented as have hybrids with dusky dolphins.

What’s life like for a southern right whale dolphin?

Southern right whale dolphins generally travel in pods of less than 100 animals but may be seen in super podsherds of more than 1,000 individuals. They are energetic swimmers and can be seen porpoising at high speeds, resembling a herd of penguins. They may bow-ride, and can be seen breaching, lobtailing, belly-flopping, and side-slapping.

Southern right whale dolphins feed on a variety of fish species and squid and are often seen associating with dusky and hourglass dolphins, and pilot whales. 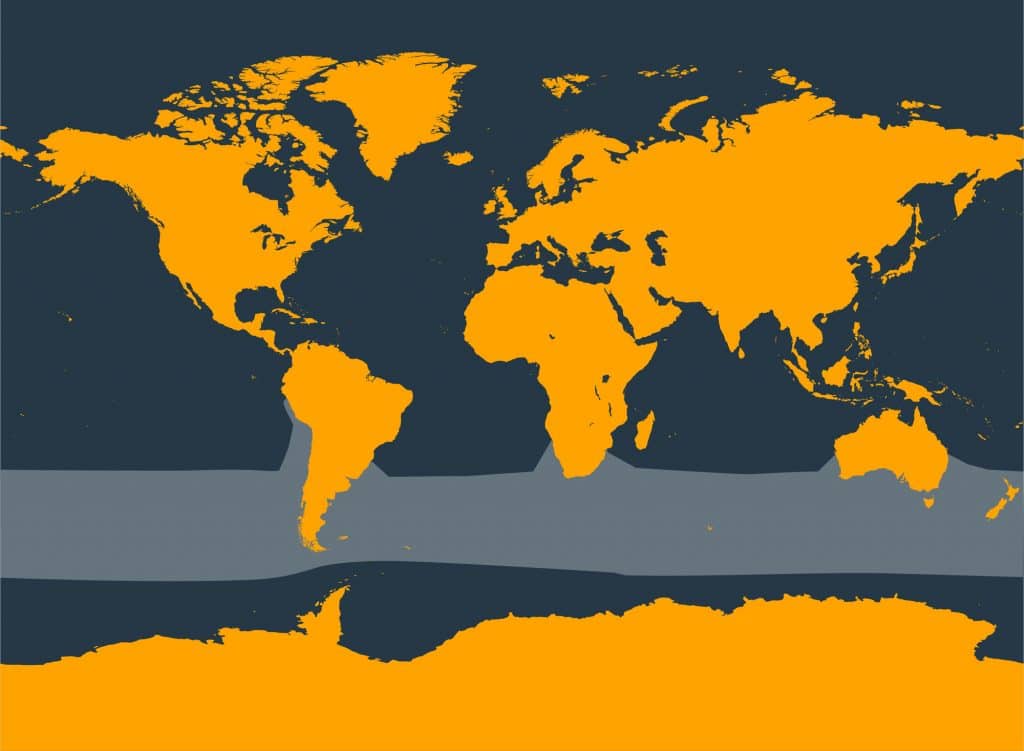 You can help save southern right whale dolphins...

By supporting WDC, you can help southern right whale dolphins to live safe and free. Together, we can: