Pantropical spotted dolphins are sometimes nicknamed ‘spotters’. The degree of spottiness varies from population to population around the world.  Some populations are hardly spotty at all.

Baby pantropical spotted dolphins are born spotless. As they grow up, they accumulate light spots on their dark-coloured backs and dark spots on their lighter sides and belly.

Spotty! Adults are spottier than younger dolphins, as more and more spots appear as they get older. The degree of spottiness also varies from population to population. Pantropical spotted dolphins are slender, streamlined and generally sporty-looking dolphins. The snout is long and narrow with a white tip, the lips are also white. The flippers are small and pointed, and the dorsal fin is strongly curved, tall and narrow. They are dark grey on top with light spots and lighter grey on the belly and sides with dark spots. They have one dark stripe running from the corner of the mouth to the flipper and another from the eye to the crease between the snout and melon (forehead).

They are very gregarious and social dolphins and can often be found swimming in mixed schools with other species such as spinner dolphins. The size of their schools varies considerably; coastal schools usually number fewer than 100 dolphins, whereas offshore schools can consist of thousands of dolphins.

Pantropical spotted dolphins are fast-swimming and agile; they frequently perform acrobatic splashy leaps and side-slaps. They are enthusiastic bowriders and wake-riders – everywhere that is except for the eastern tropical Pacific Ocean where they unsurprisingly avoid boats as they continue to be chased down and captured by commercial tuna fishing boats.

Unusually detailed information has been collected about this species because so many dead dolphins, killed by tuna fisheries have been available for study.

Females reach sexual maturity between 9 and 11 years; males between 12 and 15 years old.

Pregnancy lasts between 11.2 to 11.5 months; and females may give birth every 2 – 4 years. Weaning takes place at around 9 months as youngsters are eating solid food, but nursing can continue for up to 2 years.

It is not known what the total population size is but it is thought those populations devastated by the tuna fishing industry have yet to recover.

What do Pantropical spotted dolphins eat?

Pantropical spotted dolphins feed on small schooling fish, and sometimes squid or crustaceans. They essentially hunt for  the types of fish and squid available in their habitats. In some areas such as the western Indian Ocean, flying fish are also important prey.

Where do Pantropical spotted dolphins live?

Pantropical dolphins are, as their name suggests, found in a band around the world in both warm tropical and subtropical waters; they prefer areas where the surface temperature of the water is higher than 25°C. They live in the Atlantic, Pacific and Indian oceans, the Persian Gulf and the Red Sea.

Pantropical spotted dolphins are mostly found in deep offshore waters, although they are also found around oceanic islands or other coastlines where there is deep water near to the coast such as Central America and Mexico, the Hawaiian Islands, Taiwan and the Philippines.

Only buy tins of ‘pole and Line’ caught tuna to ensure your tuna is truly dolphin friendly. Dive deeper below to find out how millions of pantropical spotted dolphins were killed by the tuna fishing industry. 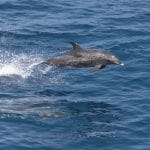 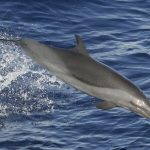 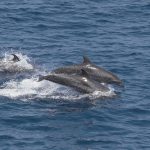 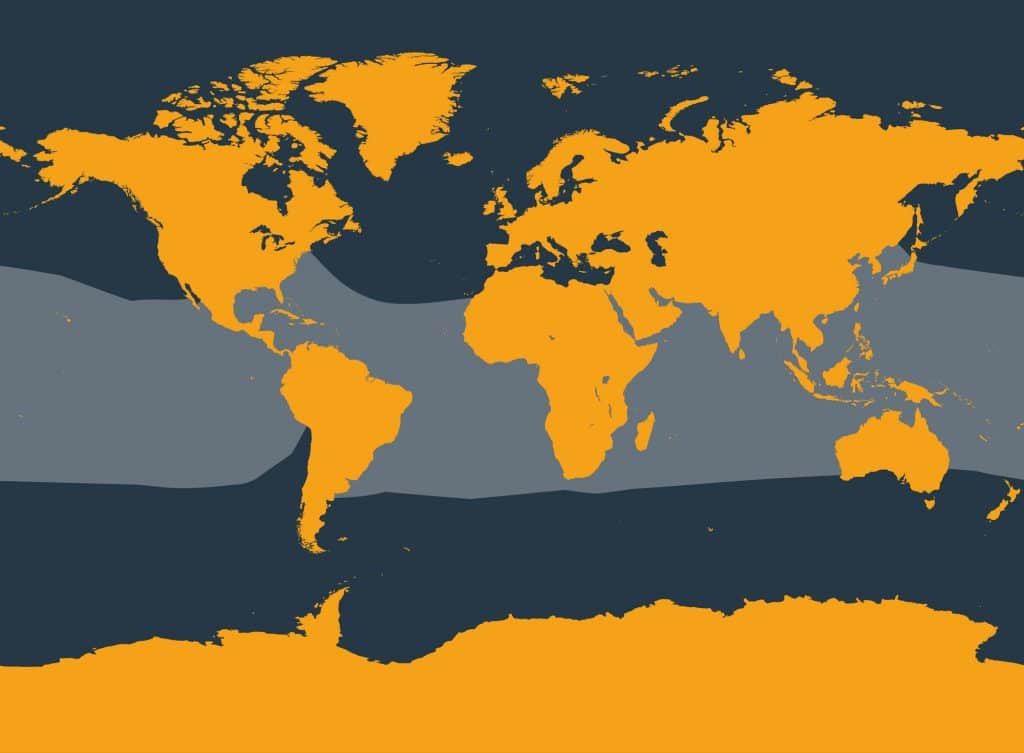 In the eastern tropical Pacific Ocean, pantropical spotted dolphins often swim together with schools of yellowfin tuna. The dolphins and tuna hunt the same prey and by swimming together they are likely to benefit from the increased safety in numbers this provides from predators. Tragically, swimming above schools of tuna puts the dolphins in real danger from commercial tuna fishermen.

Throughout the 1960s and 1970s tuna fishermen chased down schools of dolphins easily visible at the surface and surrounded them with huge nets, catching both tuna and dolphins together. The dolphins all died in the nets. Over 80% (about three million) pantropical spotted dolphins were killed in the eastern tropical Pacific. Despite the number of dolphin deaths now being restricted to a few thousand each year, the dolphin population is recovering more slowly than expected. This is likely to be because the tuna fishing boats still chase down and capture the dolphins, and this repeated capture stress is thought to be affecting their well-being and ability to reproduce.

You can help save Pantropical spotted dolphins...