The hourglass dolphin is the only small dolphin regularly found south of the Antarctic Convergence, the line where cold and warm water meets.

Their Latin name 'cruciger' means 'cross-bearing' although this species is more commonly called the hourglass dolphin, due to the distinctive markings on the dolphin's flanks. With a base colour of black (except for the belly which is white) there is a white stripe along each side of the body (starting just behind the mouth and extending all the way to the tail) which narrows under the dorsal fin creating the hourglass pattern. Hourglass dolphins also have quite distinctive fins which can be hooked and atop a broad base – some fins are even seen to be ‘swept-back’, the owners of these presumed to be adult males.

Fast and furious. Hourglass dolphins are incredibly boisterous and are known to be avid fans of bow-riding the wake of fast boats. They can reach speeds of around 22km/hr and tend to make a lot of ‘spray’ as they surface to breathe. Although they can join up to form large pods of up to 100 individuals, it’s more common to find them in groups of around a dozen or so. Interestingly, hourglass dolphins are possibly one of the few species of dolphin for which no immediate threats – not counting climate change and pollution – are thought to exist, likely as a result of living so far away from the destructive nature of mankind.

What do hourglass dolphins eat?

As with other dolphins their daily activities are determined by their quest for food and Hourglass dolphins have been regularly sighted in areas of high productivity. Information on the diet of hourglass dolphins however is to date pretty limited but of the five individuals that have been examined they were found to have been feasting on a variety of small fish species as well as squid and some species of crustacean, for example shrimp.  Hourglass dolphins also use their intuition and have been seen feeding under aggregations of seabirds and in large plankton blooms.

Where do hourglass dolphins live?

Hourglass dolphins like the cold and they can be found in Antarctic and sub-Antarctic waters. They are thought to undertake north-south migrations at different times of the year although the northern limits of their travels is as yet undefined. Although they spend most of their time in deeper waters, they have been seen closer to land in shallower bays and islands.

New additions to the family?

Scientists are soon to undertake a complete revision of the Lagenorhynchus genus and the currently recognised six species may end up being classified quite differently. 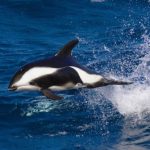 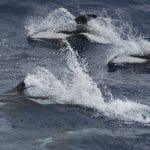 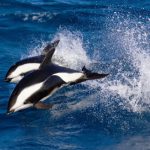 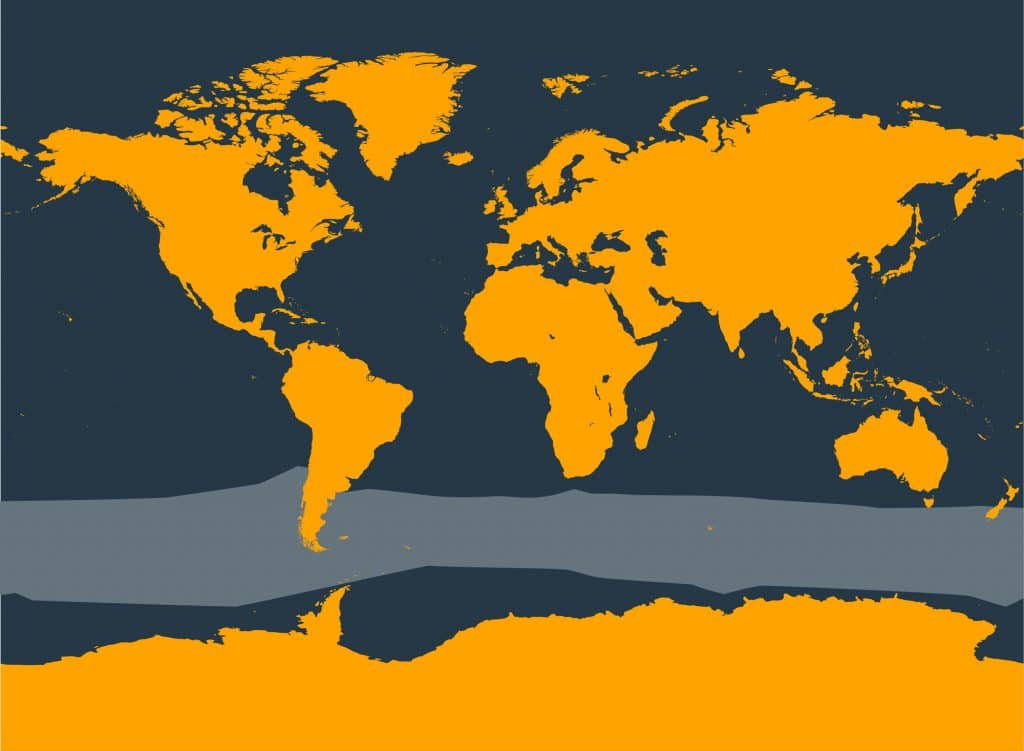 You can help save hourglass dolphins...

By supporting WDC, you can help hourglass dolphins to live safe and free. Together, we can: