Expand critical habitat for orcas- In September of this year, the National Marine Fisheries Service (NMFS) released a proposed rule that would expand Southern Resident orca critical habitat to seven times bigger than it is now. This protected habitat includes areas that are most important to orca survival and where they spend over half the year.

Now, it’s time to speak up for Southern Residents and show our enthusiastic and strong support for making this rule official by December 18th.  Help us urge NMFS to protect this designated area ASAP, with no further delay.

Speak up for Southern Resident Orcas by Dec 18th!

They need this rule, and they need it now.

Quick facts about this critical habitat:

It stretches from the Canadian border all the way to Central California.

It identifies the elements of this area that are most in need of special management protections.

We’ve been reviewing the proposed rule and all the accompanying information over the last month, and feel strongly that this proposal provides much-needed protection for Southern Resident orcas, despite a few missing pieces that we’ll be working with colleagues to address.

What is critical habitat?

A critical habitat designation provides an extra layer of protection not just for the Southern Resident orcas, but for the habitat they depend on.  Protecting their home means the federal government must make sure the orcas have what they need to survive and recover.

Think of it this way: you might have the best healthcare possible protecting you from illness or injury, but if your house was eaten by termites and is falling down around you, you’re not safe.  You need protection for yourself and your home.

While we’re very excited to see this management measure happening for Southern Resident orcas, we’re also thrilled at all the new information released with this proposal – satisfying both our science and policy brains!  Years of research was summarized to support this critical habitat expansion, and helped to fill in some of the mystery about where these orcas go in coastal waters and what they do there.  The data highlights the importance of a diversity of salmon runs to the Southern Residents, who depend on different salmon from different rivers throughout the year, and likely adjust their movements to match the seasonal timing of salmon returning to the rivers of their birth.  Large whales like humpbacks and North Atlantic right whales are famous for their epic migrations to warmer waters to give birth each winter.  But orcas don’t undertake these long journeys.  Instead, births, feeding, and traveling can occur in any month and any part of their range, which means they always need food available, no matter where they are in their home.

Some of the other fascinating information included in the report from NMFS provides more detail on what the Southern Residents eat in coastal waters – Chinook salmon, their preferred food, is still a big part of their diet, but they also eat other fish like lingcod, skate, and halibut.  Chinook from as far north as the Taku River in Alaska and as far south as California’s Central Valley have been found in samples, with most of the Chinook from the Columbia River Basin.

From the report, we also learned that the Southern Residents have been recorded traveling up to 148.5 miles in a single 24-hour period, and that their highest-use area is around the mouth of the Columbia River – not too surprising with all the Columbia salmon on their menu!

This kind of information is really cool to learn, but is also important for saving the Southern Resident orcas.  It can help policymakers create effective and targeted recovery actions that provide the biggest benefit for the whales.  And that’s where we need your help to get this recovery action across the finish line.

The National Marine Fisheries Service is taking comments from the public until December 18th. Join us in creating an outpouring of support for protecting the home of the Southern Resident orcas by signing our petition here. 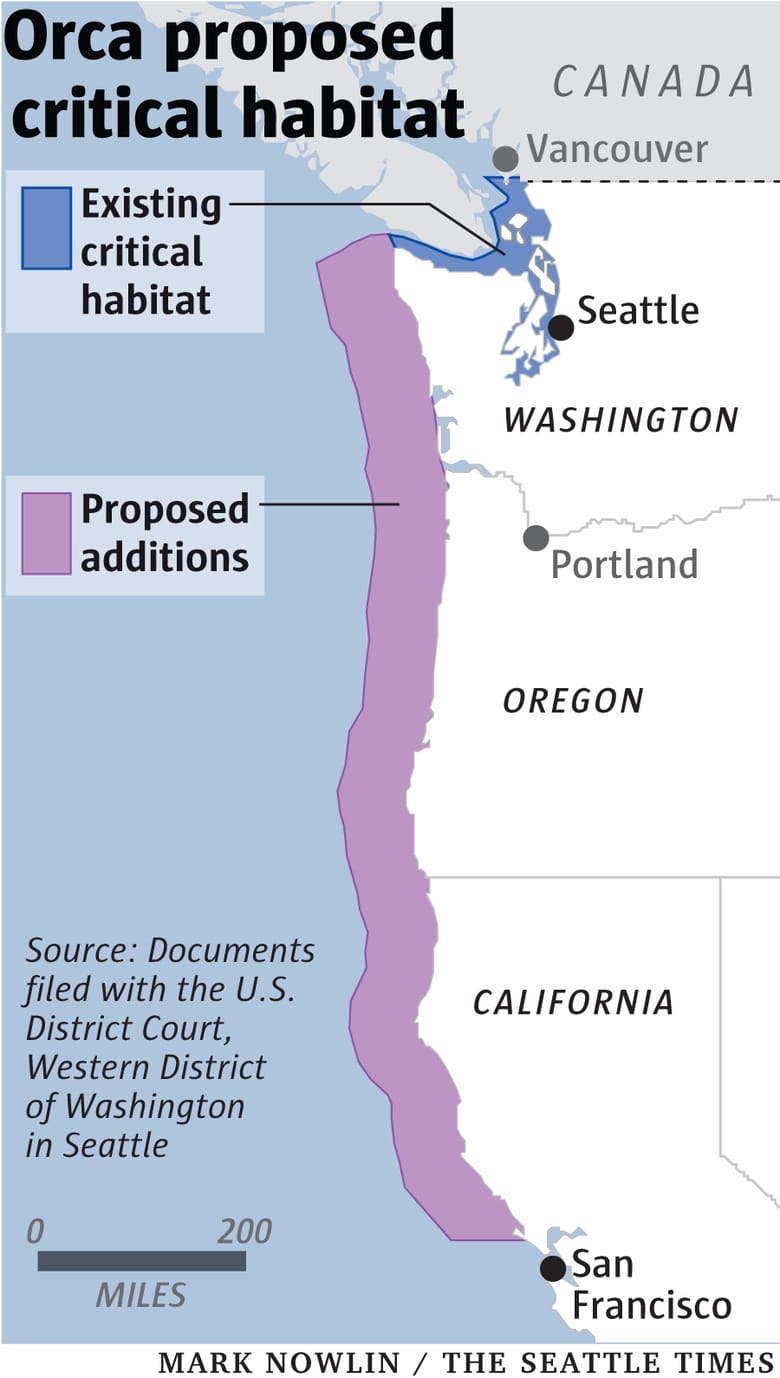 Want to do more?