Plastic pollution is everywhere. Plastic is so widely used and in (or around) so many products, that we’ve almost become blind to it. But it’s filling the oceans, and harming all kinds of marine life, including whales and dolphins.

Since its invention over 100 years ago[1], plastic has been sold to us as something that makes life easy; because you can use it and then just throw it away.

It’s that ease and frequency of use that’s led us to where we are now. Humans have created 8300 million metric tonnes of plastic in the last 60+ years and every year between 4.8 and 12.7 million tonnes end up in our oceans, either floating in garbage patches, sinking to the seabed or washing up on beaches around the world. Plastic pollution is a global environmental crisis, because it never goes away.

Over time, plastic breaks down into smaller fragments due to exposure to the sun, wind and waves. It never really disappears though; the pieces just get smaller and smaller, becoming microplastics.

Microplastic have been defined by the international scientific community as synthetic polymer particles <5 mm in diameter. Ubiquitous in the global marine environment, they are created either by the weathering and fragmentation of plastic litter or are released directly as preproduction pellets and powders, polymer particles in personal care products (PCPs) and medicines, etc.

Microplastics contain a cocktail of chemical compounds, such as plastic additives, which may leach out to the surrounding environment or when ingested. In addition, contaminants from other sources tend to adsorb to microplastics. Studies have shown that plastic debris meeting other pollutants in the oceans absorbs harmful chemicals from the seawater they float in, acting like pollution sponges. It was shown that plastic pellets suck up these dangerous persistent organic pollutants (POPs) and toxins with a concentration factor that’s almost 1 million times greater compared to the overall concentration of the chemicals in seawater. In other words, the more hydrophobic a chemical, the greater its affinity for microplastics, thus making plastic far more deadly in the ocean than it would be on land.

There are also primary microplastics which have been created for use in personal-care products and other applications. Scientists call these particles “mermaid tears” and they have been found across all the world’s seas and beaches. They are not absorbed into nature, but float around and ultimately enter the food chain through ingestion by marine plankton, fish and filter feeders like the big whales (baleen whales).

Plastic is harmful to not only whales and dolphins, but to the entire ocean ecosystem. In 2020, why not make a #PlasticPact to reduce your plastic use and add your voice?

What are the different types of plastic?

In chemistry, plastics are large molecules, called polymers, composed of repeated segments, called monomers, with carbon backbones. A polymer is simply a very large molecule made up of many smaller units joined together, generally end to end, to create a long chain. Polymers are divided into two distinct groups: thermoplastics (moldable) and thermosets (not). The word “plastics” generally applies to the synthetic products of chemistry.

Alexander Parkes created the first man-made plastic and publicly demonstrated it at the 1862 Great International Exhibition in London. The material, called Parkesine, was an organic material derived from cellulose that, once heated, could be molded and retained its shape when cooled.

Many, but not all, plastic products have a number – the resin identification code – molded, formed or imprinted in or on the container, often on the bottom. This system of coding was developed in 1988 by the U.S.-based Society of the Plastics Industry to facilitate the recycling of post-consumer plastics. It is indeed, quite interesting to go through the fine lines.

DEHP and BBzP are endocrine disruptors mimicking the female hormone estrogen; have been strongly linked to asthma and allergic symptoms in children; may cause certain types of cancer; and linked to negative effects on the liver, kidney, spleen, bone formation, and body weight. In Europe, DEHP, BBzP, and other dangerous phthalates have been banned from use in plastic toys for children under three since 1999. Not so elsewhere, including Canada and the United States.

Dioxins are unintentionally, but unavoidably, produced during the manufacture of materials containing chlorine, including PVC and other chlorinated plastic feedstocks. Dioxin is a known human carcinogen and the most potent synthetic carcinogen ever tested in laboratory animals. A characterization by the National Institute of Standards and Technology of cancer causing potential evaluated dioxin as over 10,000 times more potent than the next highest chemical (diethanol amine), half a million times more than arsenic, and a million or more times greater than all others.

Used in ketchup bottles, yogurt and margarine tubs, medicine and syrup bottles, straws, and Rubbermaid and other opaque plastic containers, including baby bottles. Considered a safer plastic. Research on risks associated with this type of plastic is ongoing.

Other types of plastic Expand

This is a catch-all category that includes anything that does not come within the other six categories. As such, one must be careful in interpreting this category because it includes polycarbonate, a dangerous plastic, but it also includes the new, safer, biodegradable bio-based plastics made from renewable resources such as corn and potato starch and sugar cane.

Because plastic is a combination of elements extracted from crude oil or gas which are then remixed in the lab, it doesn’t readily decompose, as enzymes and microorganisms responsible for breaking down naturally occurring organic materials such as plants, dead animals, rocks and minerals do not recognise plastics. [2]

Plastic is normally classified, based on size, into four main categories:

[2] Except for the newly discovered enzyme that can break down plastics. 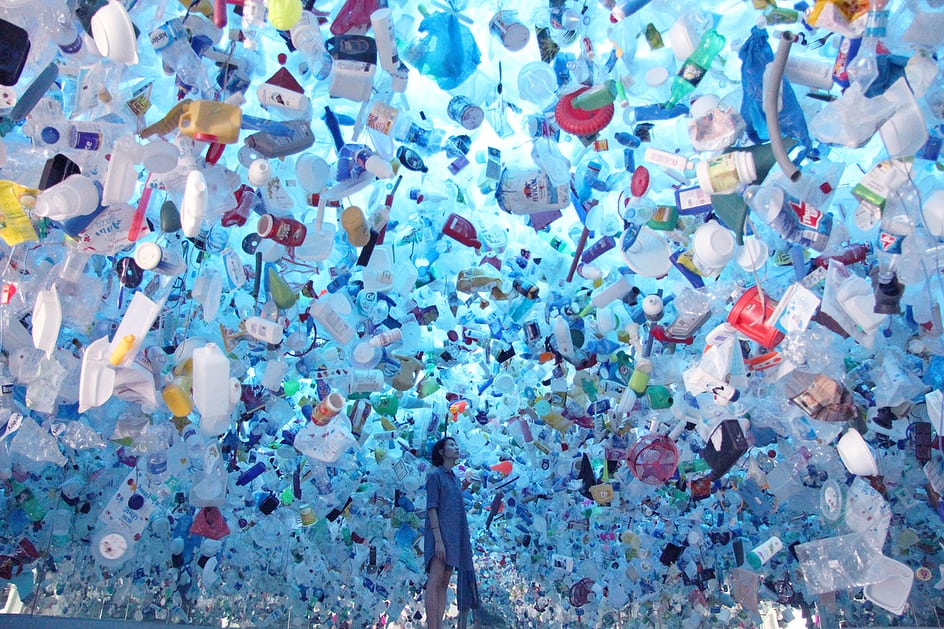 Restaurant chain to end use of plastic straws

01/22/2018
Wagamama has become the latest restaurant chain to announce that it will not use plastic straws. The company has recognised...
Load More