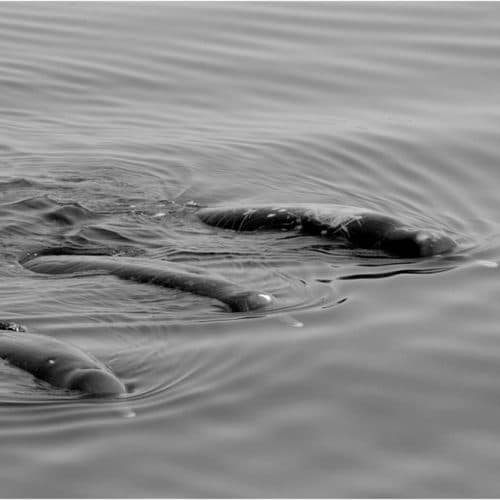 Using DNA evidence, scientists have been able to officially confirm the first live sightings of the Sato’s beaked whale.

Up to now the only Sato’s whales seen have been the few that have washed up dead and some unconfirmed reports from whale hunters. As a result, we know very little about their lives, habits, where they hang out, or their population size.

But, during the summer of 2021, researchers studying orcas in the waters between Hokkaido, Japan, and Russia’s Kuril Islands spotted 14 Sato’s whales swimming there.

At just under seven meters long, the Sato’s beaked whale  has distinctive white scars that could also tell us about their preferred habitat. According to WDC’s research fellow, Erich Hoyt, who co-authored the paper announcing the 2021 sightings these round bite marks are from cookie-cutter sharks. ‘To-date, Sato’s beaked whales have only been found around Japan and eastern Russia’, he says. ‘But cookie-cutter sharks typically frequent warmer waters, so the scars suggest the whales might be venturing to—and getting bitten in—tropical locations’.

You can help protect whales and dolphins, such as the elusive Sato's whales, with a donation today.