A specially designed floating habitat, that will provide an additional step to support the return of belugas, Little White and Little Grey to their open water sea sanctuary home, has arrived at its new remote Icelandic island location following an extraordinary 16-hour journey by tugboat.

Created especially for the world’s first SEA LIFE Trust Beluga Whale Sanctuary (a project in which WDC is a founding partner), the incredible structure, which resembles a giant halo, caused heads to turn when it made the 48  mile crossing on freezing waters from mainland Iceland to Heimaey. 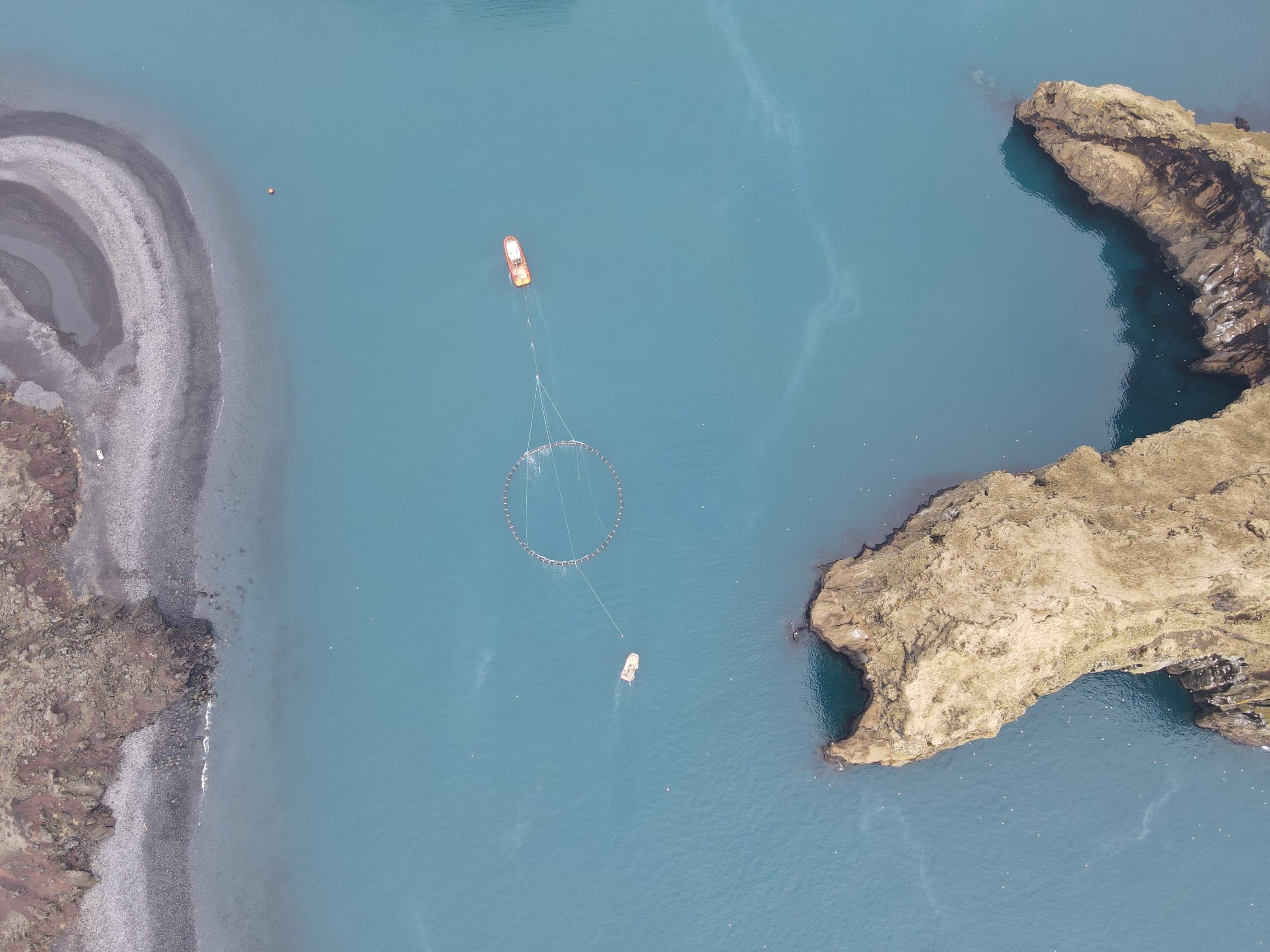 Measuring 50 meters in diameter and weighing almost 17 tons, the arrival of the Intermediate Habitat, constructed with support funding from the QATO Foundation, marks a significant milestone in the future of the SEA LIFE Trust Beluga Whale Sanctuary.

It also moves Little Grey and Little White one step closer to returning to their sea sanctuary after the next phase of construction is completed.

The whales are part of a pioneering welfare program with the plan to help introduce the whales gradually into their much larger sanctuary home over time.

Led by their expert welfare care team, the ‘Little Steps’ program will see the new Intermediate Habitat installed to help bring about a safe and successful transition for the whales from the sea care pools to the main sea bay which is approximately 32,000 sqm with a depth of up to 10m.

Although both whales were first introduced to the main bay in 2020, they adapted at different paces and Little White acclimated at a slower pace. The welfare data revealed differences in some of their behaviors and the pace in which each whale was adapting to changes in the natural environment.

The Intermediate Habitat is designed to have a net which reaches to the seabed, allowing Little Grey and Little White access to the sea floor to explore the fauna and flora of the natural habitat. Work on the habitat is taking place within the Vestmannaeyjar harbour before it will be installed at Klettsvik Bay ahead of the beluga’s move back to the sanctuary.

Due to a series of supply chain issues in 2021, the COVID-19 pandemic delayed the whales from returning into the bay after spending the winter months in their landside care facility last year.

The Beluga Whale Sanctuary, operated by the SEA LIFE Trust, is the first of its kind.

It was created in partnership with Merlin Entertainments, QATO Foundation and Whale and Dolphin Conservation (WDC). The SEA LIFE Trust Beluga Whale Sanctuary is one of the biggest developments in captive whale and dolphin care and protection in decades and the first of its kind to be created for cetaceans.

As well as helping to establish the world’s first beluga whale sanctuary in Iceland with The SEA LIFE Trust , WDC is also working in partnership with other sanctuary projects. It is hoped these initiatives will help to encourage the rehabilitation of more captive whales and dolphins into natural environments around the world, and one day help to bring an end to whale and dolphin captivity.

Find out more about our work to create sanctuaries

We are excited for Little Grey and Little White to take "Little Steps" to move into their sanctuary home! Sea sanctuaries are an important step in ending captivity.

If you believe in ending captivity, please help us continue this important work.