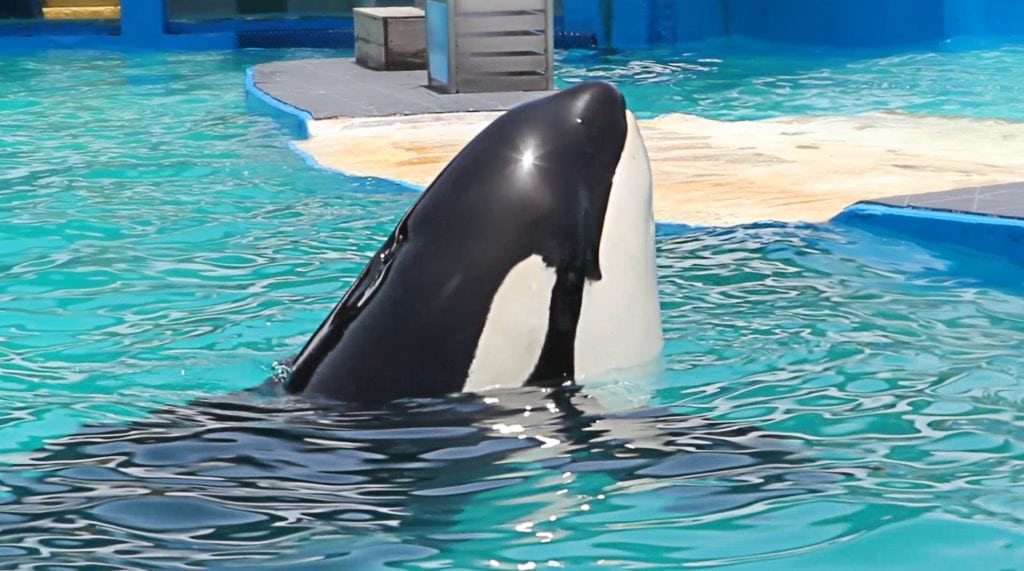 Tokitae, also called Lolita and named Sk’aliCh’elh-tenaut by Washington State’s Lummi Nation, will no longer perform shows at the Miami Seaquarium, where she has been held since she was taken from her home waters in 1970.

As a condition of the permit from the U.S. Department of Agriculture (USDA), new operators of the Florida facility will retire Tokitae from performances, and she will not be on display to the public.

The Dolphin Company, a Mexico-based theme park operator, announced its intent to take over the Seaquarium last year.  While The Dolphin Company does operate several parks that hold other species of dolphins, it has not held captive orcas before, and indicated it was open to considering alternatives to keeping Tokitae on display.  The transfer has gone through several stages of review by both Miami County Commissioners and the USDA.

MS Leisure, a subsidiary of The Dolphin Company, will be assuming management of the Seaquarium and notified the USDA it will not exhibit Tokitae or the Pacific white-sided dolphin, Li’i, who shares her tank.  The license from the USDA is contingent on her complete retirement from shows and public display.

Tokitae’s retirement is welcome news following decades of advocacy to free her from captivity.  She has been held in the smallest orca tank in the U.S. for over 50 years, and without the company of another orca since the death of her companion, Hugo, in 1980.  Tokitae is a member of the endangered Southern Resident orca community, the last remaining alive in captivity, and the second-longest living wild orca held in captivity, after Corky (a Northern Resident orca).  She was taken from her home waters in the infamous Penn Cove captures of 1970, a shocking incident that helped to advance legislation to outlaw live captures in Washington State.

A shocking report from the USDA released last fall outlined numerous violations by previous park operators Palace Entertainment, including poor food and water quality and welfare concerns that directly contributed to illness, injury, and death of several animals in their care.  Tokitae’s tank was closed for repairs following the report, and sale to The Dolphin Company was contingent on addressing the many issues identified by the USDA.

It is currently unclear what The Dolphin Company has planned for Tokitae – she will no longer perform or be on public display, but there have been recent concerns for her health and her tank is still in need of repair.  The Orca Network has developed a plan to retire her to a sea sanctuary in her home waters of Washington State, and the Lummi Nation has also outlined plans to bring her home.

‘The shows are finally over but what next for Lolita?’ says WDC anti captivity campaign Rob Lott. ‘We welcome this positive move but the fact remains that she continues to languish in the world’s smallest orca tank. Lolita has made millions for Miami Seaquarium over the decades and now she will longer be a part of this lucrative business model we urge the park’s new owners to engage with US animal welfare organisations and focus only on what is in Lolita’s best interests and explore all options, including retirement to a coastal sanctuary, that offer her a brighter future. Surely, after a half century performing for our ‘entertainment’, it’s the least she deserves.’

MAKE A DONATION TO END CAPTIVITY