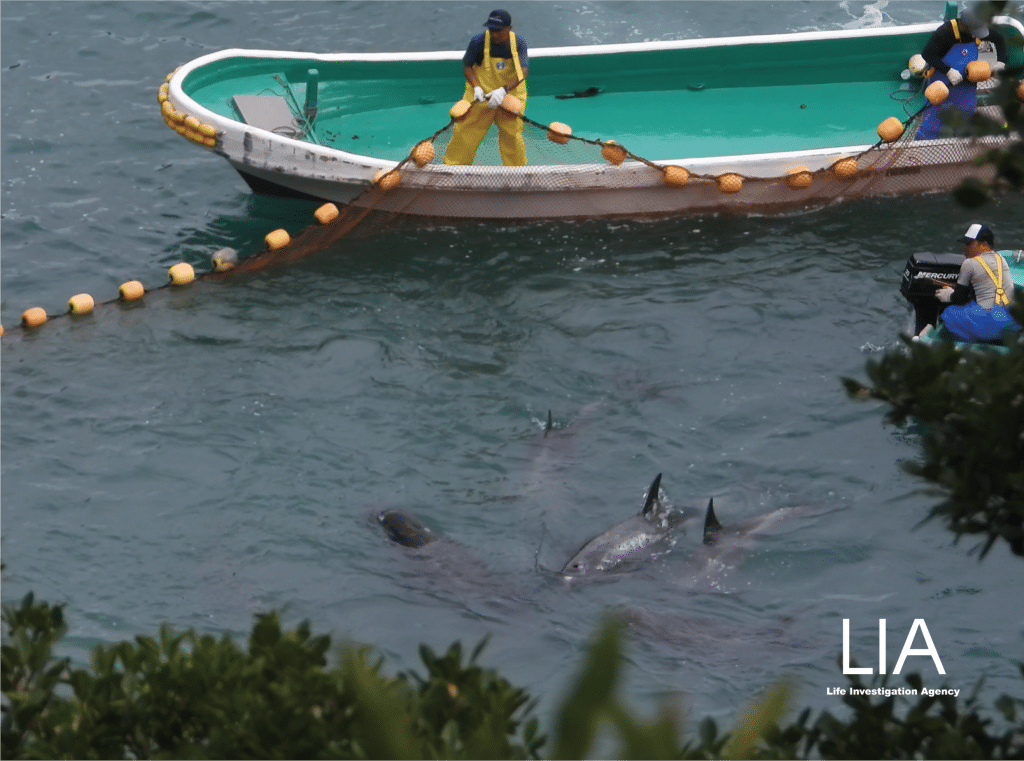 Fishermen in the coastal town of Taiji, Japan have ended this season’s brutal dolphin hunt and, according to local sources, have killed or captured over 550 whales and dolphins.

Species killed include Risso’s and striped dolphins as well as melon-headed whales and short-finned pilot whales.

These drive hunts run from September to March or April each year, and involve the corralling of dolphins at sea by small boats and driving them into the confines of a cove where they are slaughtered for meat or kept alive for lucrative sale to marine parks and aquaria across the globe.

Every aspect of the hunt is extremely cruel, from the exhausting drive from the open ocean that can separate mothers and calves and other family groups, to confinement in a netted cove where the dolphins are crudely slaughtered.

Over 500 dolphins were slaughtered in the previous year’s hunt, with over 180 taken from the sea for use in theme parks.

You can read more about this issue and about what WDC is doing to end drive hunts here.