11/11/2021
WASHINGTON- A federal court on Wednesday rejected the Biden administration's effort to dismiss a lawsuit...

Expedia No Longer Endorsing Interactions or Performances By Whales and Dolphins

A disturbing report on the conditions at the Miami Seaquarium from the United States Department of Agriculture (USDA), released along with an extensive interview from one of the facility’s former veterinarians, highlights the horrendous and dangerous treatment of marine mammals, including the endangered Southern Resident orca Tokitae (also called Sk'aliCh'elh-tenaut, or Lolita).

In light of this new information, WDC and our colleagues are calling on the USDA and those in charge of overseeing these facilities to take immediate action, including moving the marine mammals held by the Seaquarium to a place where they can receive better care. 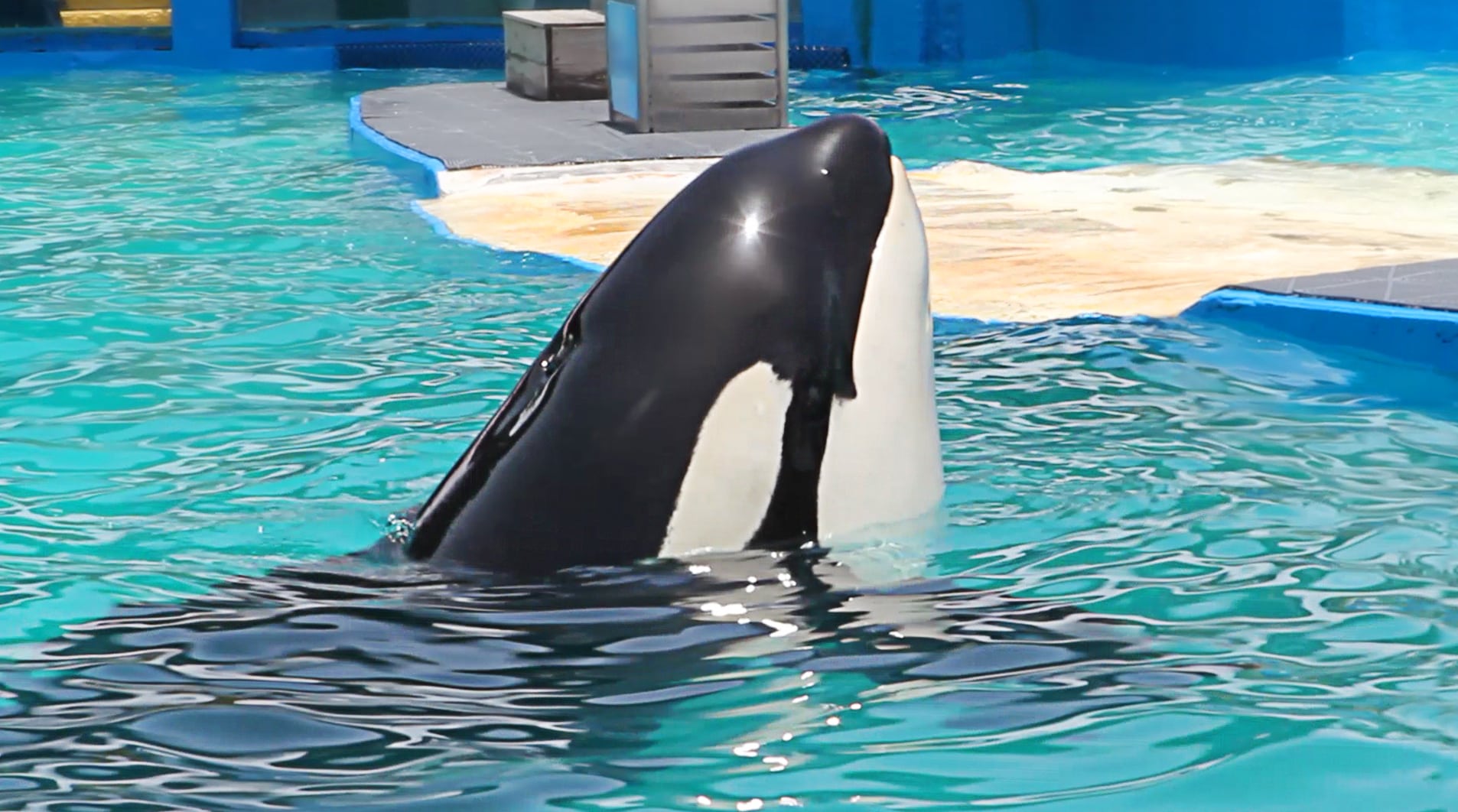 Make a donation to help us end captivity for whales & dolphins.

Ideally, Tokitae and the other dolphins held at the Seaquarium would have a sea sanctuary available to allow them as close to a natural life in the ocean as possible.  Until such facilities exist, they must be provided with the best possible care and better welfare conditions.

The report from the USDA lists horrific issues that put the health and safety of Tokitae and other marine mammals in jeopardy: dirty water, bad food, broken equipment, staff shortages resulting in inadequate care, and poor record keeping that resulted in incompatible dolphins being kept together.  This directly caused aggressive incidents that injured and killed dolphins.

“This is no longer about the ethics of holding marine mammals in captivity,” said Colleen Weiler, WDC’s Jessica Rekos Fellow for Orca Conservation.  “This is about direct cruelty to animals.  Miami Seaquarium has proven time and again that they cannot provide a quality life to animals under their supervision, and this report shows that they apparently don’t care.”

The problems seem to have increased after the Seaquarium was sold to Palace Entertainment in 2014, and a string of deaths in a short period of time in 2019-2020 raised additional red flags.  Another sale to The Dolphin Company, a theme park group based in Mexico, is currently pending.

Tokitae is the last surviving Southern Resident orca held in captivity from the terrible live capture era of the 1960s and 70s.  She was stolen from her family in the 1970 Penn Cove “round up” and has lived in the world’s smallest orca tank for most of her life.

She was officially recognized as a member of the endangered Southern Resident community in 2015, and calls to return her to a sanctuary in her home waters have been supported by the Lummi Tribe in Washington State.

According to the USDA report and former veterinarian, Tokitae has faced appalling treatment in recent years.  Rotting food led to inflammation.  Against veterinary orders, her diet was reduced by nearly 20%, and a new trainer continued to use dangerous maneuvers while Tokitae had a jaw injury, despite a veterinarian directing them to limit these moves.

You can join us in calling on the USDA to take immediate action and remove Tokitae and her fellow marine mammals from this terrible facility and give them a chance at survival.

Your own words are always most effective, but we can help with talking points below.

*We understand that animal welfare issues can be both heartbreaking and enraging, but we ask you – please still be polite (don’t swear).

I ask you to take immediate action to address these issues and move Tokitae and other marine mammals out of the Miami Seaquarium and to a facility that can provide more appropriate care.