Like you and millions of people around the globe, I felt horrified by the news that 1,428 beautiful Atlantic white-sided dolphins had been slaughtered in a drive hunt on the shores of the Faroe Islands on 12th September 2021. This news and the staggering number of individuals massacred actually took some time to sink in. Eventually I experienced a deep feeling of what my colleague Philippa described as profound bereavement. 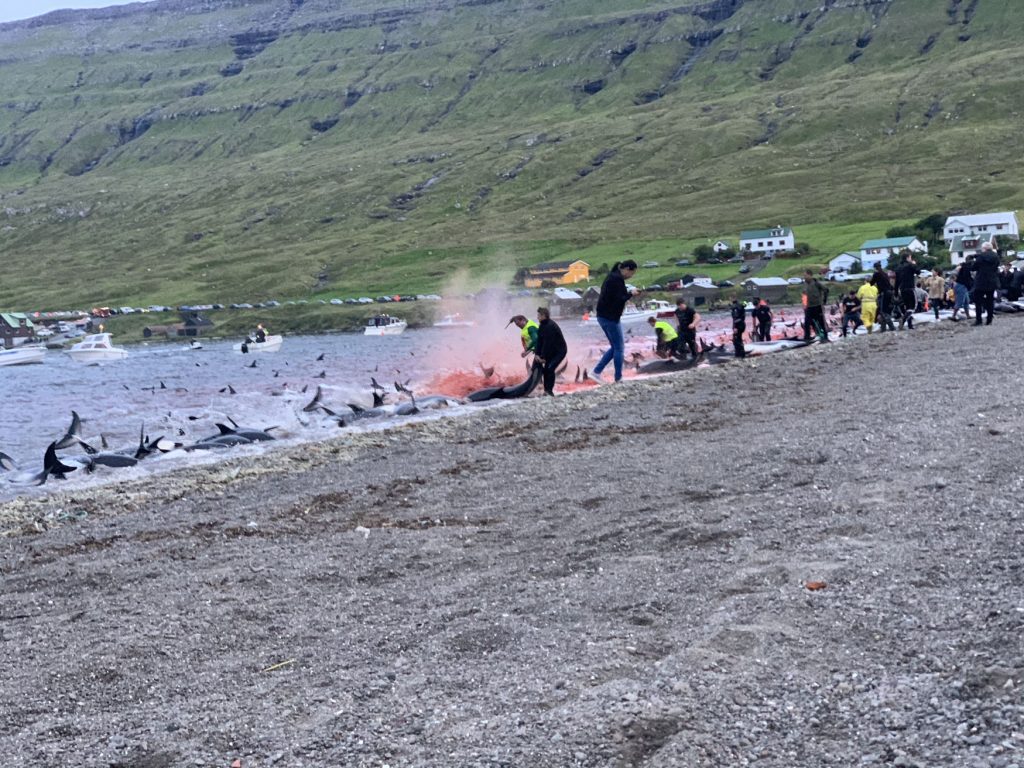 Your donation will help us fight these brutal hunts.

I have worked to try to end the hunting of dolphins and small whales for almost 10 years now. My work has focussed especially on the Faroese drive hunts – known as the Grindadráp. Mostly targeting long-finned pilot whales, these hunts have been internationally infamous and condemned for decades. Once, arguably a way to source food and ensure the survival of the Faroese people, the hunts are now completely unnecessary and harmful to dolphins, whales, their habitat and people.

About the time I took over this work for WDC, there was a huge shift happening amongst the conservation community and on the Faroe Islands. People realised that there was nothing to be gained from blaming, insulting and pointing fingers and we set out to try to understand the background of these hunts in the 21st century and, in cooperation with the people on the islands, to try to find ways to end them.

After I visited the Faroes in 2013 I wrote a blog. I was aiming at a measured, fair look which was of course driven by the hope that the people I met on the islands would find it food for thought.

Much of it still holds true but sadly there is no denying that things have not changed much. Every year since then, hundreds of pilot whales and sometimes white-sided dolphins are driven to the shore and butchered. No one on the islands is ready to open up about what happens to the leftover meat, to the rest of the dead bodies and why the hunts are still opportunistic, meaning that there is no such thing as a quota for the number of dolphins and whales they plan to kill. On most occasions that a pod is discovered and driven, each and every dolphin or pilot whale is killed; from pregnant mothers to mothers and fathers, babies, siblings, aunts, uncles and cousins. Whole families and networks of friends – a mass slaughter. 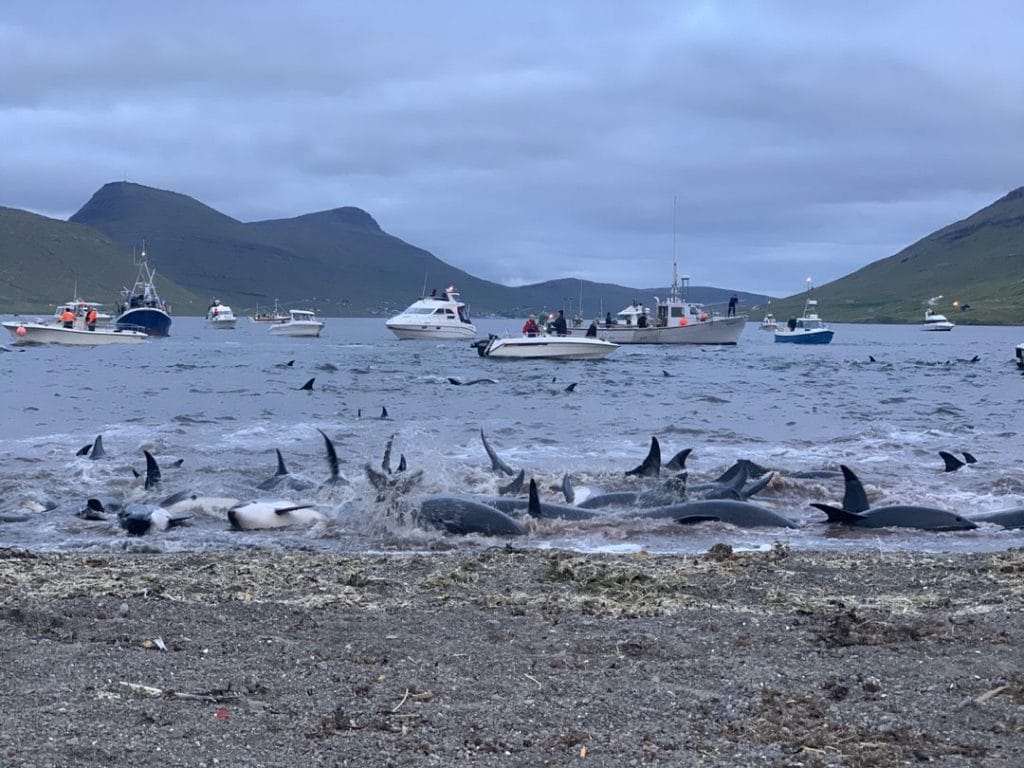 It is interesting to see that this time - with 1,428 dolphins killed and lost to the world forever - the local reaction on the Faroes was different. There is a lot of outrage. People are asking for the legislation to be reviewed and changed so that the Grindadráp only allows for pilot whales to be killed. There is no question about the extreme brutality of this particular hunt - the dolphins were chased for hours, run over by boats, then herded into the shallows and kept there for hours while people tried to deal with the fact that killing so many beings takes a horribly long time. Reportedly some dolphins were still alive when tossed on the pile of their dead family members and friends. I weep at the thought of how those who were still alive must have felt witnessing their loved ones being butchered, suffering and helpless.

I am glad that there is now such fierce discussion on the Faroes themselves, and hopefully these poor souls did not lose their lives in vain. Hopefully there will be a change of hearts, minds and legislation. However, I urge people on the Faroe islands to keep one thing in mind: The Grindadáp is inherently cruel, there is no ‘humane’ way to kill dolphins and whales with knives and lances. Sometimes it’s quicker, sometimes it takes longer, but there is always immense suffering and pain involved.

Tradition is not a good enough reason

The core problem for me (and dear contacts on the islands tell me the same) remains this: The islands have a population of around 50,000 people, so it is a close knit community. Many of the Faroese don’t eat the meat and are not interested in or in taking part in the grinds. Contacts in the Faroes estimate that there are probably around 1,000 people actively taking part in the hunts. I don’t doubt many of them find the meat tasty. However, that’s not enough of a reason to cruelly butcher pilot whales and dolphins, with no regard for their welfare, the ecological implications and the potential to wipe out entire populations for good. Tradition is not enough of a reason to keep killing when the necessity to source food like this is gone.

So for me, the main thing driving the hunters must be some kind of adventure, adrenalin kick - a ‘me against the beast’ kind of thing. I will not go down the road of offensive accusations saying these hunters are hardcore sadists or mentally sick but in this day and age, the Grindadráp is quite incomprehensible and seems to be driven by some primal urge. Very much like unnecessary fox hunting in the UK or terrestrial drive hunts for boar or deer here in Germany.

I want to remain hopeful, but I believe that as long as the Grind is legal, there will be people continuing and others defending it, just for the sake of it and out of a misguided sense of tradition and community. I suppose the only thing that would end the Grind is the right kind of Faroese legislation.

It looks as if this horror grind of the 1,428 dolphins might lead to an end of hunting whales or dolphins other than pilot whales, if the world is lucky. How to end the Grind for pilot whales though? As my colleague Elsa from Chile recently said to me: ‘Incidents like this one will not stop if society does not have a legal framework to guarantee the protection of the environment as a basic human right.’ All of us, all our nations including the Faroe Islands, need to work together to save and nurture what’s left of the beauty and wonder of the blue planet - our home - that we share with remarkable beings like Atlantic white-sided dolphins and pilot whales.

A beautiful Atlantic white-sided dolphin and her baby

What we are doing?

Your gift, whether large or small, will help us fight this brutal practice.