On World Ocean(s) Day let’s remember that there is only one ocean on our world. All the water flows through one connected system and this was illustrated to me when I was on an expedition in Greenland. Oceanographers were finding chemical fallout from nuclear tests carried out in Russia in the early 1960s. It had rained down into the rivers of Siberia, flowed into and across the Arctic Ocean and moved slowly down into the North Atlantic. This water was not an environmental hazard by the time it reached us, but it was an extraordinary illustration of the interconnectedness of ocean and atmosphere. This deep water current would continue crawling down the Atlantic before curling around South America and flowing into the Pacific. From there, it would move north, rising to the surface again years later in the North Pacific where it might be pulled up into the clouds and once again become rain. 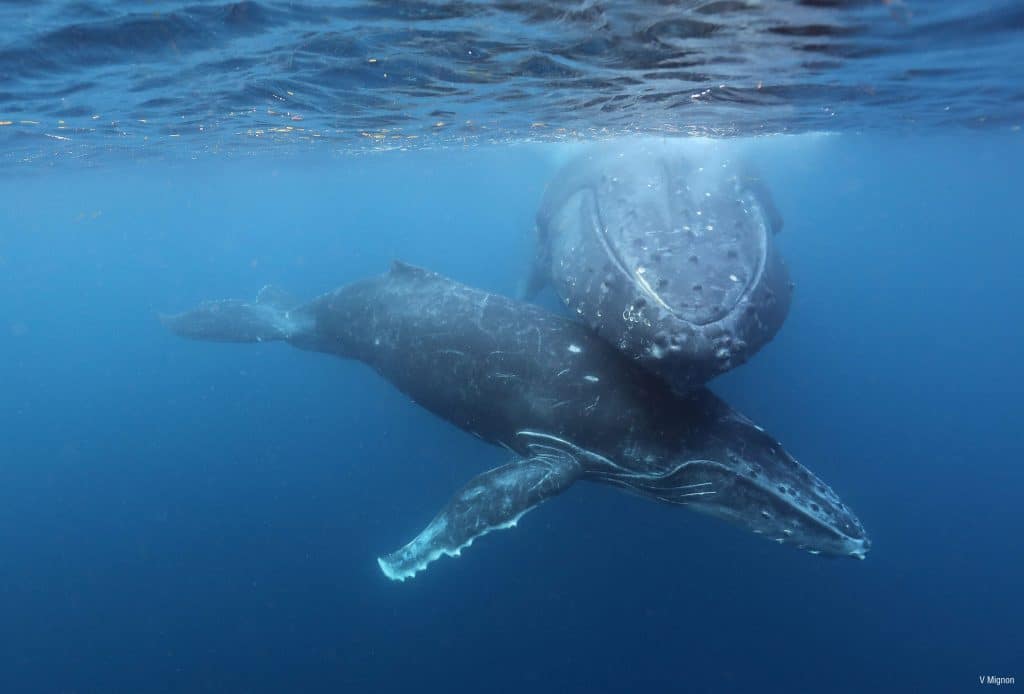 Will you make a donation to help us protect our shared ocean?

We know about the surface currents like the Gulf Stream which helps make the UK and western European winters warmer than they would be otherwise but these currents are also happening at various depths in the sea. They have an impact on climate—we know that—but we hear less about the impact on biodiversity. If the currents slow down or stagnate, as climatologists fear may happen if global warming becomes too severe, many more species will suffer declines leading to extinctions.

Along with the race to understand the climate emergency and fight global warming, we need to maintain a healthy biodiverse ocean. As I investigated in my book Creatures of the Deep, we are still at the beginning of a steep learning curve about life in the ocean. About 250,000 marine species have been identified and named but there may a million species still to discover, or even more. Some of the deep sea studies at the hydrothermal vents have found species called extremophiles including a new branch of life formerly considered part of bacteria, the archaea. These and other bizarre life forms which I loved learning about as I wrote the book, may provide cancer cures, tools for inventions, and insights into the complex world of viruses. In some ways it’s not surprising to find new microscopic species in the depths of the ocean; we’ve even identified five new species of whales in the last few decades. It’s a big ocean out there.

Today whale populations are a fraction of what they once were. At least 3 million whales were removed from the sea following the invention of the explosive harpoon in the late 1800s. That includes the blue whale, the largest ever creature on Earth that once numbered in the hundreds of thousands and now has maybe 15 or 20 thousand total. Other whales like the North Atlantic right whale are down to the last 360 or so individuals. They are killed by shipping traffic and suffocate in fishing gear to the extent that their birth rate is wiped out most years. Some whale species are increasing in number in some areas of the ocean, such as humpback whales, yet they too are getting caught in fishing ropes, and dolphins and porpoises are frequently killed in nets as ‘bycatch’. 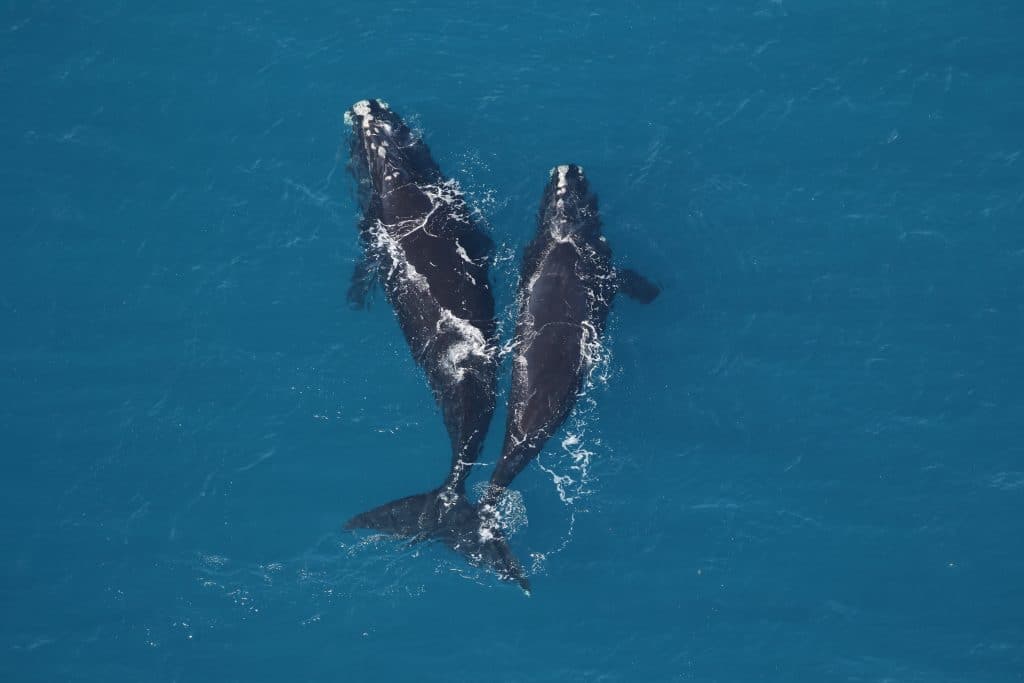 At Whale and Dolphin Conservation we spend a lot of time trying to address these threats and change government policies that allow them to continue. I also co-chair the IUCN Marine Mammal Protected Areas Task Force. Our goal is to identify the places in the ocean that are important for the 90 species of whales, dolphins and porpoises as well as the 40 species of seals, sea lions, walrus, manatees, dugongs, sea otters and the polar bear. These areas may be where they live all year round or their migration path, where they feed, breed or choose to raise their young. We call these ‘important marine mammal areas’ or ‘IMMAs’ and identifying and mapping them is the first step to securing protection.  Since 2016, we have organised intensive workshops with more than 200 scientists in seven regions, comprising more than a third of the ocean and we’ve identified 159 IMMAs. In the next five or six years, we’re planning to cover the rest of the ocean while at the same time pushing for much greater protection in marine reserves and protected areas.

Marine mammals are charismatic species capable of inspiring people and politicians to action. They are also a critical indicator species – when we spot a problem with them, we know something’s up. Because they must come to the surface to breathe, they are among the few ocean species we can see and study conveniently. Their presence feeding in large numbers in an area tells us a lot about biodiversity not just on the surface but in the depths below. And if marine mammals are dying with high contaminant loads, plastic bags in their stomachs, net marks on their bodies or if they are abandoning an area, this can tell us that we need to investigate the overall health of the ocean and take action. 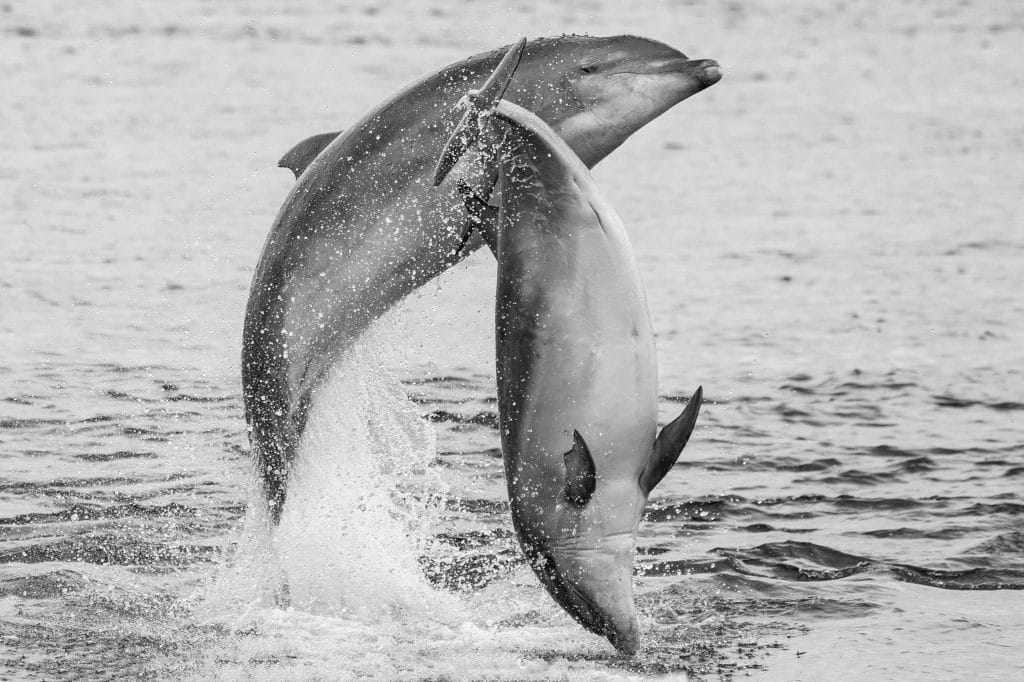 Approximately eight percent of the world ocean is partly protected and only two percent is highly protected with no fishing or exploitation. In 2010, the countries of the world signed up to 10% protection of the ocean by 2020. But we all have to do much better than 10%. An initiative put forward by WDC, IUCN and other NGOs is gaining traction: ‘30 by 30’ calls for 30% of the ocean to be given effective protection by 2030. The UK has been at the forefront of pushing this initiative and more than 60 countries have signed up. Of course, making it a reality, and making that protection real protection, remains our challenge.

I live in Dorset, so my piece of the ocean is the English Channel. I love to run down along the rivers to the beach and the open ocean. As an ‘area of natural beauty’ with the jewel of the Jurassic Coast, we have some protection but I worry about what’s in the rivers that flow into the sea. It’s hard to miss the discarded plastic waste and face masks from the past year. And every once in a while a dead dolphin is washed up with fishing net marks. Looking out to sea, I am always thinking about what’s going on out there. We all need to care about that and do our part, and to agitate so that others do their part too.

It’s one ocean, the world ocean, and we’re all in this together.

Your gift, whether large or small, will help us protect our shared ocean.