In late 2019, WDC and our partners learned of a request from Connecticut’s Mystic Aquarium to import five belugas from Marineland, one of two facilities in Canada that still hold captive whales and dolphins, to be part of a research program at Mystic’s facility.

While conditions at Marineland are notoriously poor and overcrowded and we have serious concerns about the welfare of the marine mammals held there, we opposed the permit request.

Any international movement of captive-held whales and dolphins risks encouraging further wild captures and trade around the world and perpetuates the cycle of captivity, and transport itself can be incredibly stressful for individuals.

Despite concerns raised by WDC and others, the belugas have now landed in Connecticut – with no public notification or announcements from either Mystic or Marineland.

The news of their movement broke as they were being prepared for transport, and with no confirmation of a permit from the Canadian government. 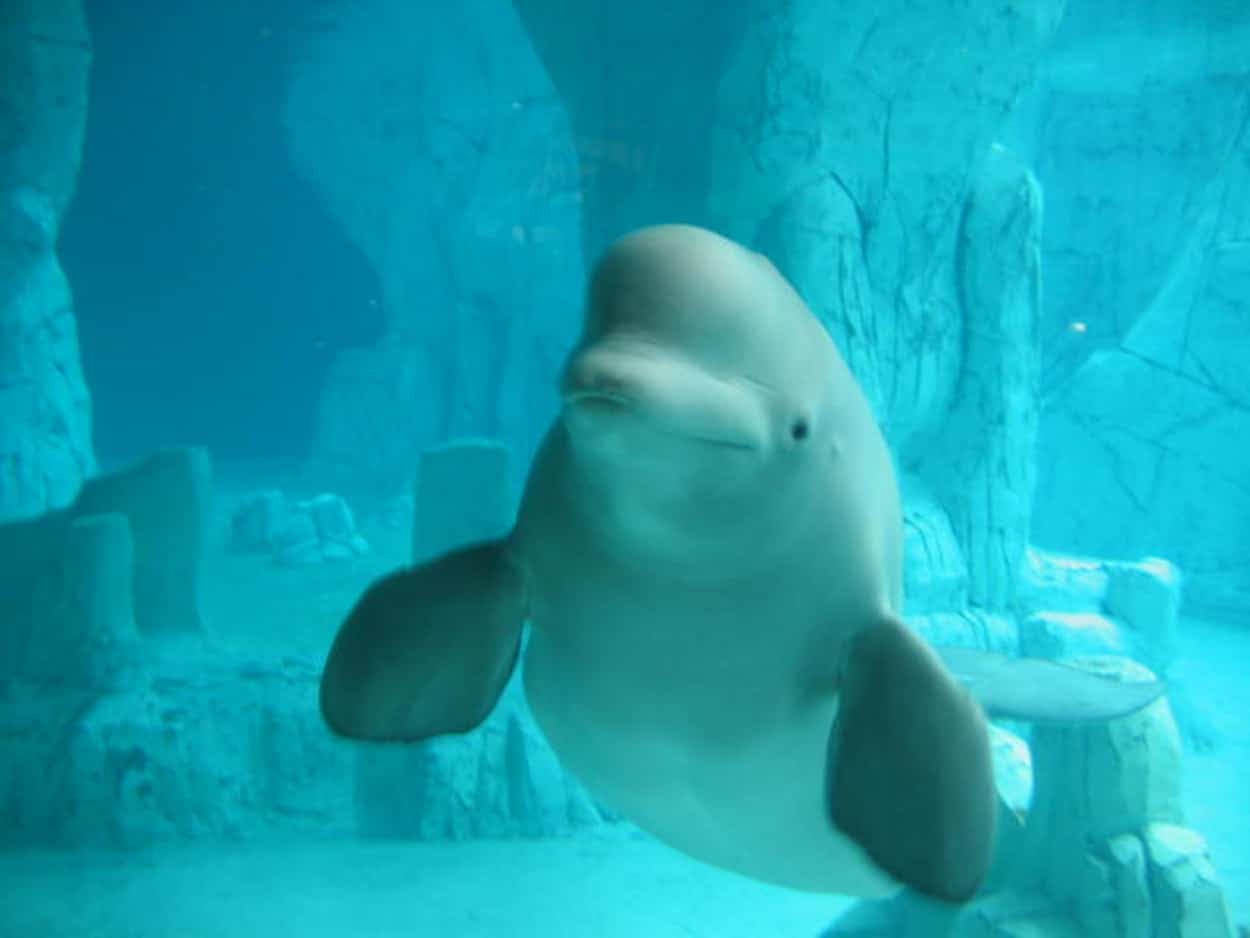 We expressed our opposition to the federal governments of both the U.S. and Canada and urged them to deny the permit requests.  The U.S. government ultimately approved the transfer, but in a bit of silver lining, added requirements to prevent breeding and using these belugas in public shows.

However, it is still unclear if the Canadian export permit includes the same requirements, despite passing a law in 2019 that banned whale and dolphin captivity in Canada and placed strict restrictions on imports and exports.  No information on this permit or the transfer was made publically available from the Canadian government.

“WDC still strongly feels that the proposed research could be conducted using non-invasive methods in Canada, or better yet, in a sanctuary, but we are appreciative that the U.S. government addressed some of our concerns.” said Colleen Weiler, WDC’s Jessica Rekos Fellow. “Still, we are alarmed by the lack of transparency from the Canadian government, and concerned that this sets a dangerous precedent for any future export of whales from Canada.”

We are glad that the belugas reportedly arrived without incident, and we hope for as little stress as possible as they acclimate to their new surroundings.

We will continue to follow this issue to ensure that Mystic is following their permit requirements and that these belugas are never used to further the harmful cycle of captivity in the U.S., and will continue to work with our colleagues in Canada to push for more transparency and public notification for the whales and dolphins still held captive in Canada.

If you believe in ending captivity, please help us continue this important work.