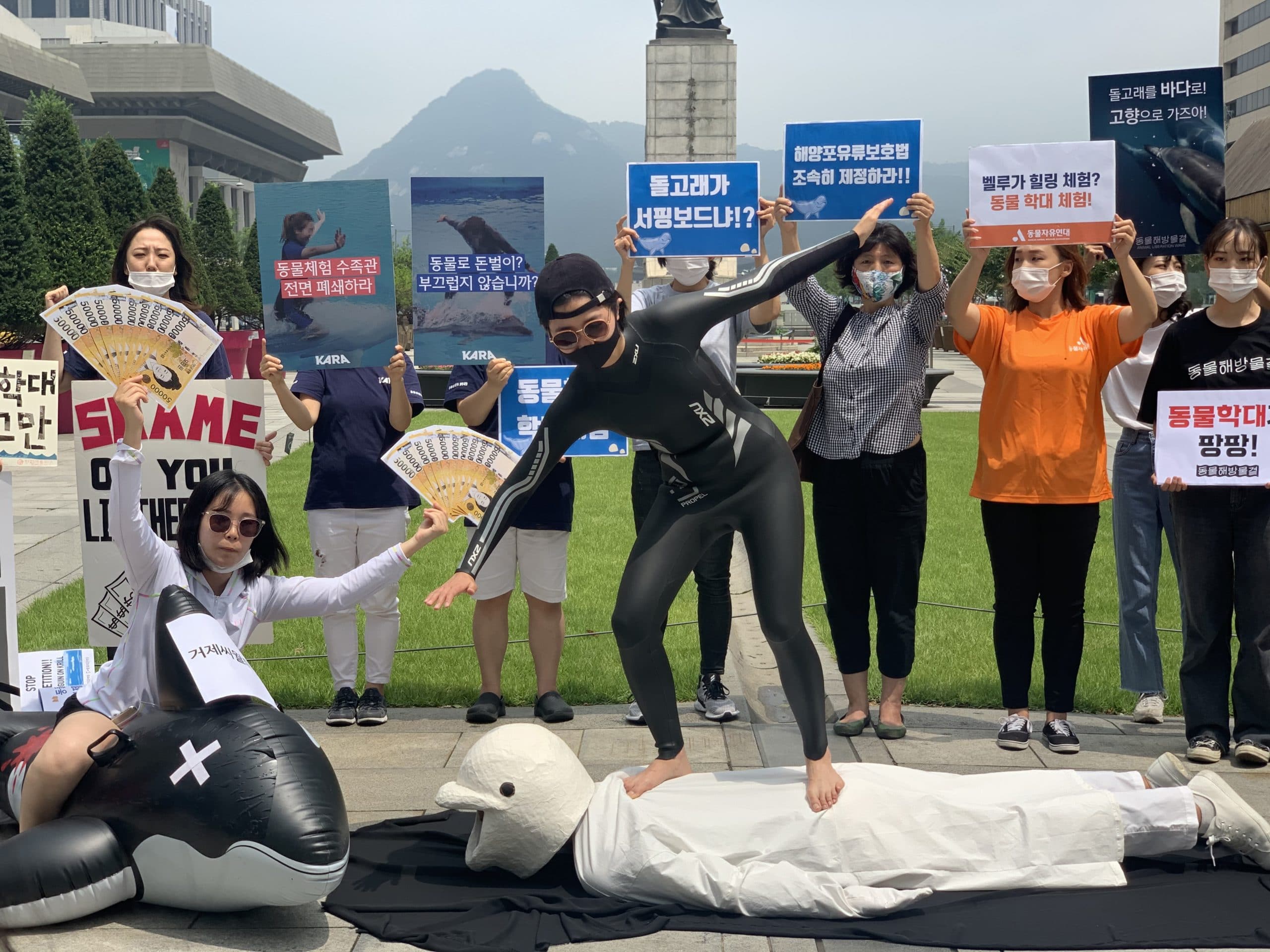 South Korea's government has indicated that it will ban new facilities from displaying whales and dolphins.

The move comes as growing numbers of the population become aware of animal rights issues.

The government has also said it will be issuing new regulations concerning the 23 existing aquariums in South Korea after around 20 marine mammals (including whales and dolphins) died at facilities between 2016 and 2020. New rules on visitor interactions, such as petting and feeding the mammals will also come into force.

Captivity for whales and dolphins is a cruel existence. For an individual who is used to swimming many miles every day, a tank is a featureless prison cell.

In confinement, whales and dolphins may swim endlessly in circles, can lie on the floor of the tank for many hours, chew on the sides of the pool and repeat the same patterns of behavior over and over.

HELP US END CAPTIVITY FOR GOOD