For the first time in nearly 30 years, I haven’t seen a right whale this year… not yet anyway. The pandemic and weather didn’t often align for me so I spent little time on the water compared to years past. I just checked the forecast and this week doesn’t look possible either. Even during weeks when meetings, zoom calls, and other obligations keep me on land, I still check the forecast…..just in case….maybe I can reschedule a meeting, maybe I can move an appointment, maybe I can get on the water…..maybe November will offer me a window, maybe even December? There are not a lot of whales around in December, but it’s always worth a look. There’s always another chance to get on the water, another chance to see a whale… or is there?

Just a heads up -  the next section of this blog contains some graphic descriptions of injuries to North Atlantic right whales. We recognize that this kind of content is not for everybody so just wanted to let you know before you scroll. 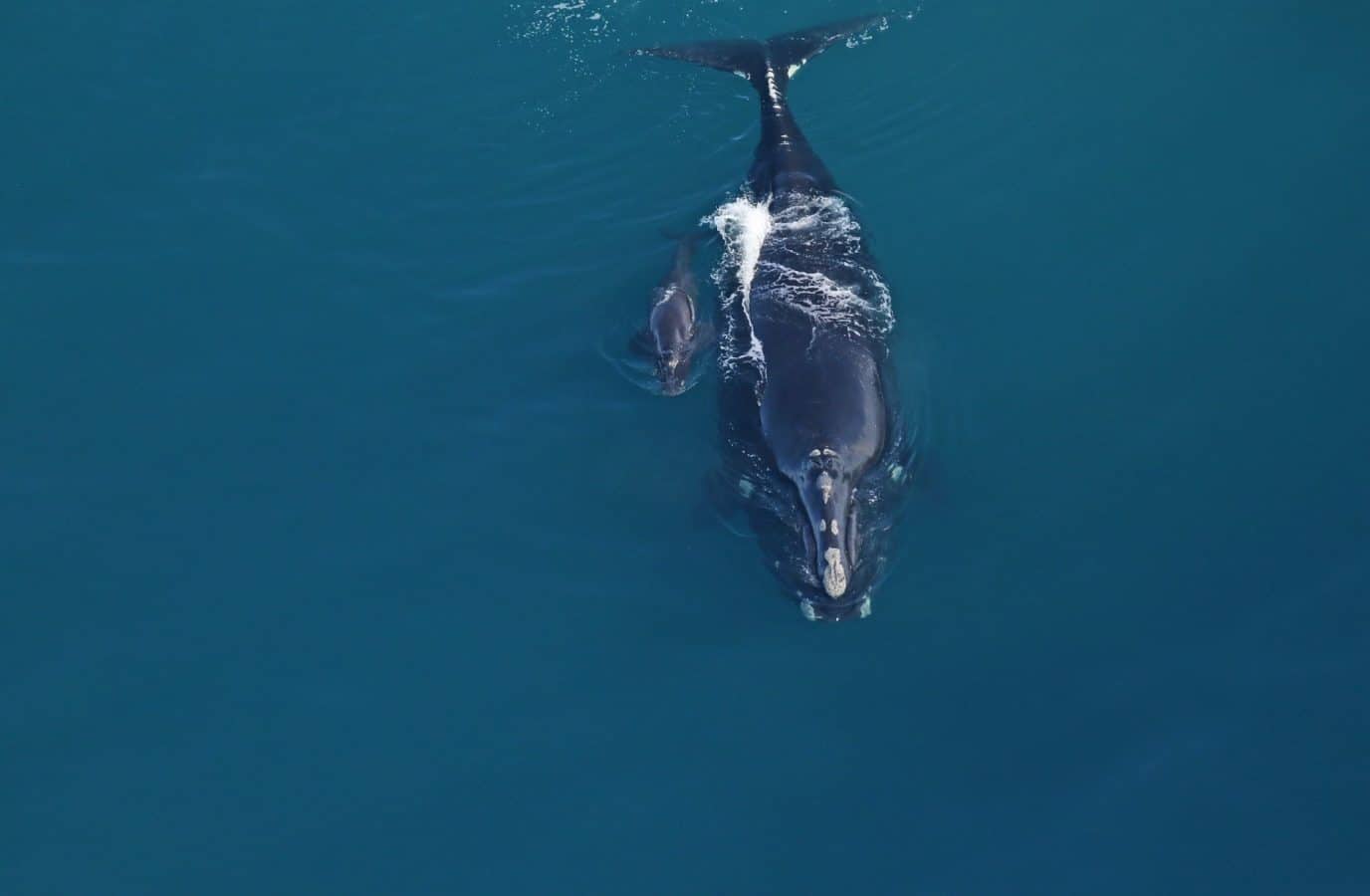 Raise your RIGHT hand and pledge your support to helping right whales!

Along with a pretty awful forecast, three days of virtual meetings this week are keeping me on land. It’s right whale week - those three days each fall dedicated to the Ropeless and North Atlantic Right Whale Consortium meetings where right whales are outnumbered by the number of meeting participants who are working to save them. This year, North Atlantic right whales were “uplisted” by the IUCN. The oxymoronic designation means that right whales have moved from “endangered” to “critically endangered”, i.e. they are a step closer to extinction. The horrifying reality of that step hit home today when researchers revealed that the population probably hovers closer to 350 whales, not the already horrifyingly low of 400 we had been assuming. This doesn’t even include Derecha’s calf, the still nursing newborn whose head and baleen was so severely injured by a vessel strike that nursing attempts resulted in milk pouring into the ocean. It doesn’t include Dragon who may have starved or may have died of hypothermia as the fishing buoy lodged in her mouth wouldn’t allow her mouth to close properly, preventing both her feeding and her thermoregulation. It does not include the plucky little calf who survived a walk about in the Gulf of Mexico, but not a trip past New Jersey where he appears to have been struck by vessels twice. Mercifully the second strike killed him as the wounds from the first strike may have just prolonged the agony of death. Let's also not forget the four year old little guy who I sincerely hope has now passed just so his suffering has ended. Severely entangled and emaciated, the gaping open wound on his left side must cause him agonizing pain. His passing is the only humane thing I can wish for at this point. I still hold out hope for Cottontail; he’s 11 and strong and the Center for Coastal Studies disentanglement team was able to remove some of his entangling gear. Perhaps the telemetry buoy they attached can pull out the rest or maybe the weather can give the team a break and allow them a day on the water to remove the rest of the gear before it imbeds and takes Cottontail’s health too.

There is, of course, more we can do. Fishermen, conservationists, scientists and managers are working together to modify fishing gear that will reduce risk from accidental entanglements. WDC and our partners have petitioned the US government to increase protections from vessel strikes. Most importantly, you are reading this and you can give right whales a voice. They are chatty and social and have a special way of calling out to friends. These party animals scream, moan, and they make a bang. Right whales give us oxygen, they give us healthy fish stocks, and they give a chance to fight climate change. YOU give them a chance to survive. YOU give them a voice. YOU give me hope, you give them a future. I am grateful. With your help, I know I have not seen my last right whale.

We will soon be asking you to respond to a proposal for new measures in the US to help reduce entanglement risk, but for now, I am asking you to listen to their voices.