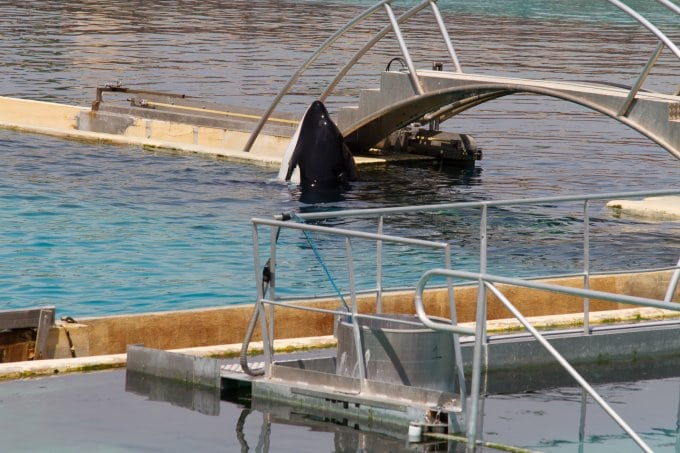 WDC’s continued campaigning to end the keeping of whales and dolphins in captive facilities for human entertainment has received a big boost with the announcement by the French environment minister that the country will bring an end to this cruel practice.

Barbara Pompili, France’s minister of ecological transition, revealed this week that a gradual ban is to be introduced on using wild animals in traveling circuses, keeping dolphins and whales in captivity in marine parks, and raising minks on fur farms.

France’s three marine parks will now not be able to breed dolphins and orcas, or import them.

“It is time to open a new era,” Pompili said.

The French government will implement a financial assistance package to help people working in circuses and marine parks find other jobs.

Ocean sanctuaries are one alternative for whales and dolphins that are currently kept captive in tanks.

As well as helping to establish the world’s first beluga whale sanctuary in Iceland with The SEA LIFE Trust , WDC is also working in partnership with other sanctuary projects. It is hoped these initiatives will help to encourage the rehabilitation of more captive whales and dolphins into natural environments around the world, and one day help to bring an end to whale and dolphin entertainment shows.

'WDC is delighted to hear about the French government’s plans to phase out captivity for whales and dolphins,', says Cathy Williamson, WDC End Captivity campaigner. 'As public support for captivity wanes across Europe in light of scientific evidence that captivity harms whales and dolphins and is contributing little to nothing to education or conservation, the only right move for governments in countries with captive whales and dolphins is to end breeding and imports and support sanctuaries such as the Beluga Whale Sanctuary WDC is a partner to in Iceland”.

Your donation will get us closer to a world where all whales and dolphins are safe and free.