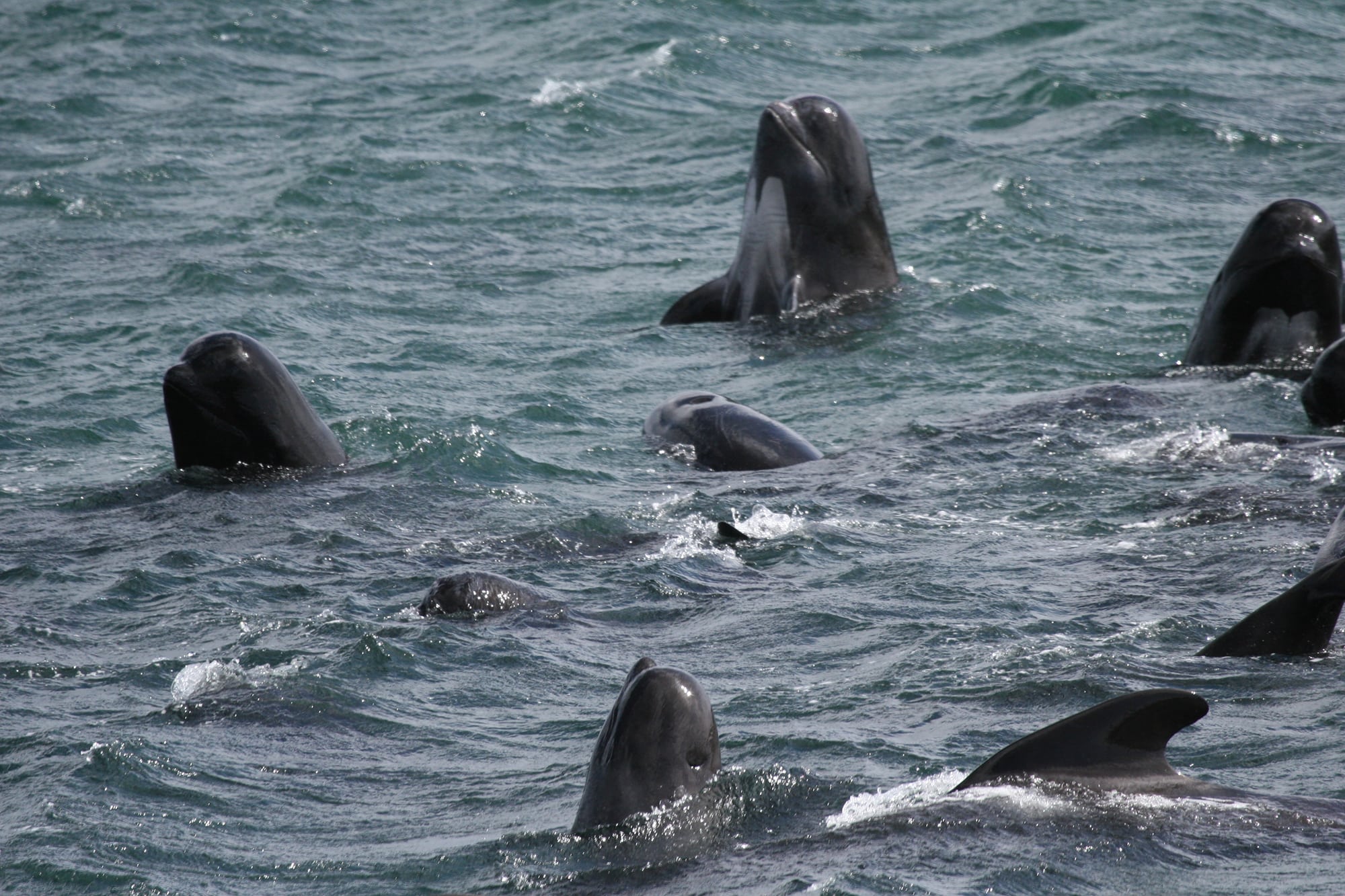 Over 450 pilot whales have stranded in various locations along a stretch of coastline in a remote part of Tasmania in Australia.

Originally it was thought around 270 whales were involved but another group was subsequently discovered. Around 380 whales are thought to have died in the waters around Macquarie Harbour near Strahan on the island's west coast, but rescuers have saved about 70 whales.

The topography of the area, along with unusual tides which are driven by atmospheric conditions rather than the lunar cycle, are making the rescue more difficult. In addition, many whales were stranded on a sandbar just offshore making accessibility an issue.

Pilot whales are the species most often involved in mass strandings and Tasmania has a history of such events. The whales usually inhabit deep ocean waters and are seldom encountered close to land.

Find out more about strandings.