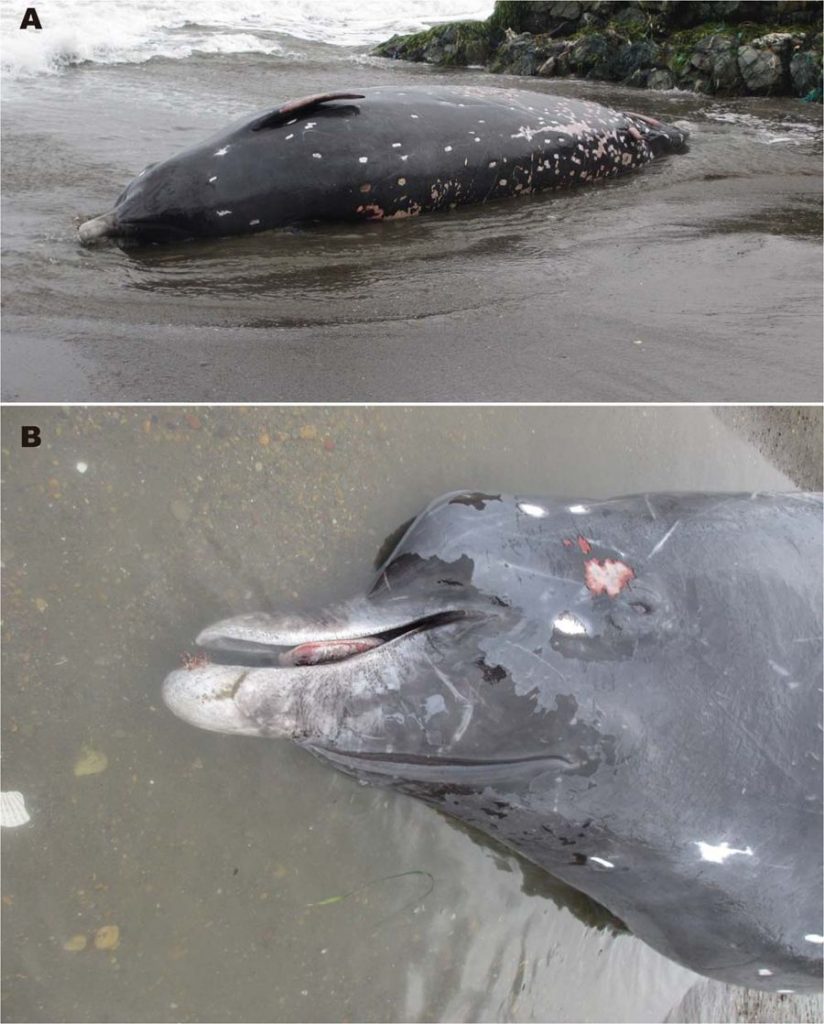 A new species of beaked whale who lives in the North Pacific has been identified in Japan, according to scientists who have published their discovery in the scientific journal Nature.

The whale is thought to possibly be a new member of the Berardius family, which would mean there are now three whales in this group, the others being Baird's beaked whale and Arnoux's beaked whale. The new whale has been given the scientific name Berardius minimus.

Beaked whales live in deep waters, often offshore which makes sightings and research difficult. Several new species have been recognized in recent years, some of which have only been identified by analysis of bones from stranded whales.

Now analysis of bones and DNA have confirmed it is a separate species. The new whale, which can grow up to seven meters long, is smaller than its relative with a shorter beak and dark body color.

For the full report: