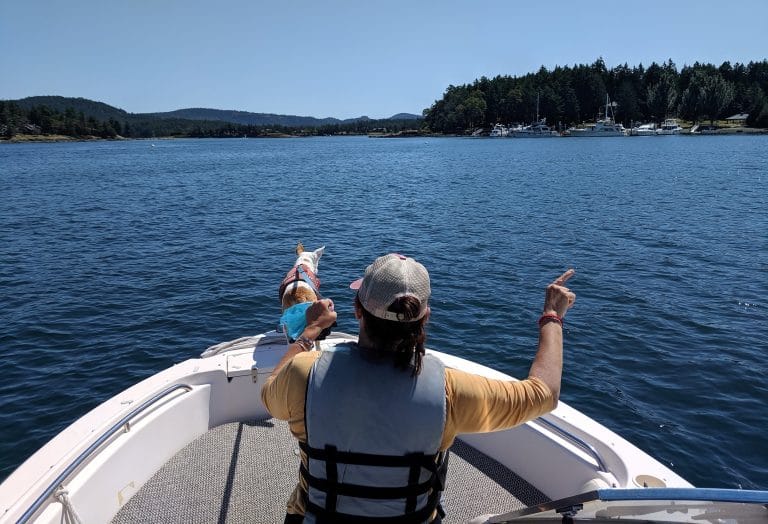 Dr. Giles, a scientist with the Orca Scat Project, and CK9 Eba on the scent during a training run

Dr. Giles, researcher with the Orca Scat Project, part of the Conservation Canines program with the University of Washington's Center for Biological Diversity, gives us an update from the field and a recap of what the team has been up to in July:

When we heard the Southern Residents were spotted on the west side of San Juan Island in the early morning hours of July 5th, our scat detection team rallied quickly and got out on the water with the whales by 8am.  We found the whales right outside our home port and were able to conduct distant surveys downwind of several groups of socializing J and K pod orcas.  On our first day, with them, we were successful in collecting two large fecal samples, and on our second day, we collected a massive sample located by our new Conservation Canine dog, Eba.

Getting to see the Southern Resident orcas in their designated “core summer” critical habitat for two days in early July was bittersweet; we were thrilled to be able to see them, collect samples, and note that for the most part, the orcas look better fed than they have been in a few years.  But it was also sad to see them leave on the evening of the 6th, at the end of a two-day stay, because there was not enough fish to keep them here, in a region that was historically their preferred summer habitat.

We are proud to contribute to this important research.  Support for WDC’s Southern Resident orca project is provided by the generosity of our donors, The Jessica Rekos Foundation, and a grant from Metabolic Studio. 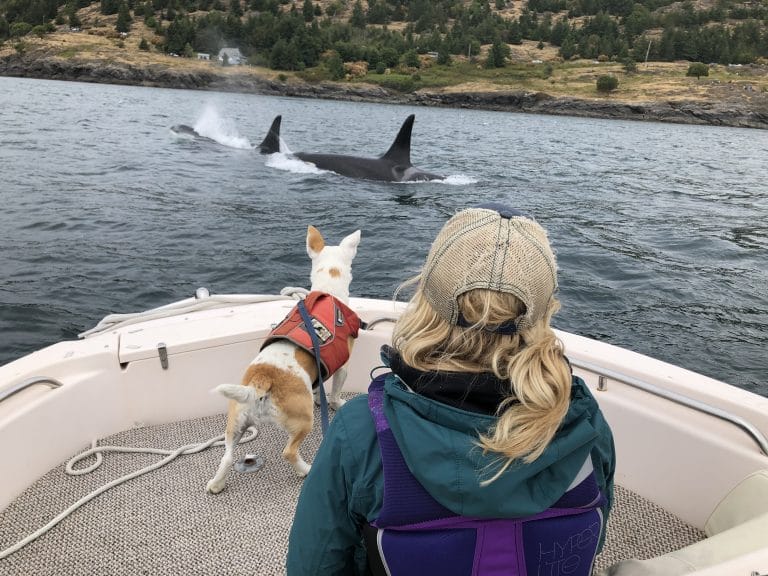 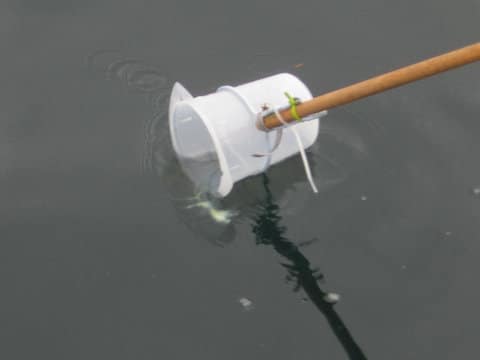