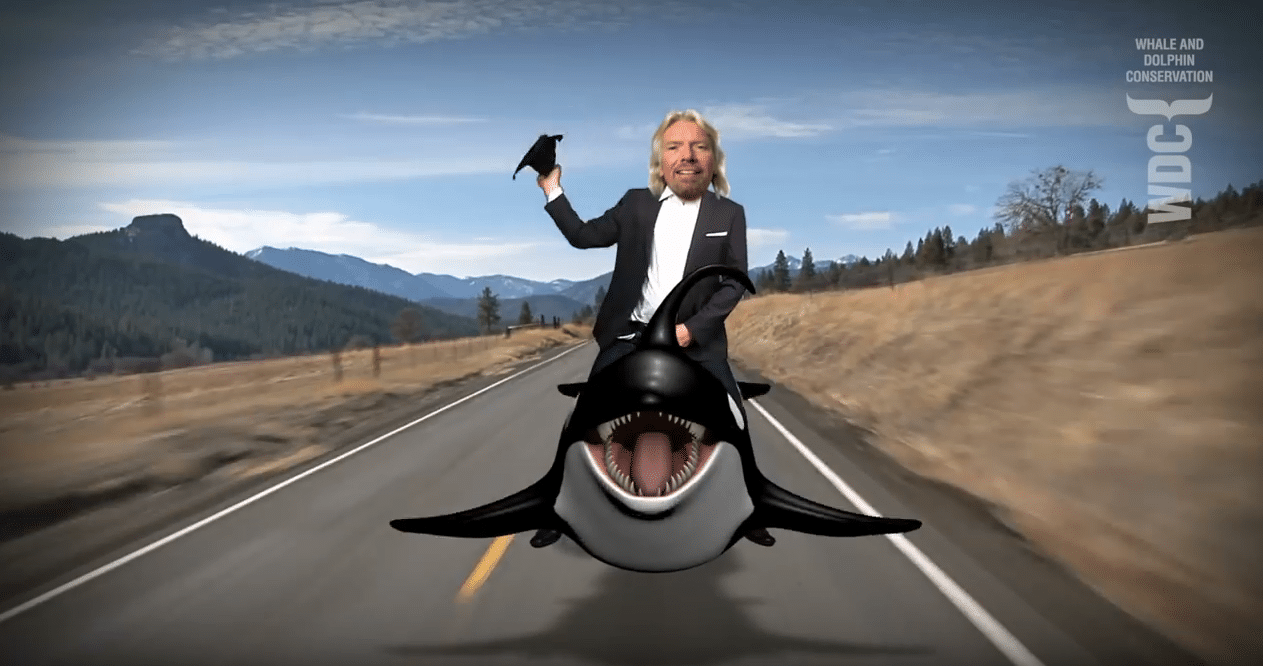 Virgin Holidays has announced that it is to stop selling tickets to SeaWorld as part of a move to cut links with facilities that hold whales and dolphins in captivity for entertainment.

The announcement represents a huge success for WDC’s ongoing campaign to stop tour operators promoting and supporting the captivity industry, a campaign that specifically targeted Sir Richard Branson calling on him to drop SeaWorld.

The holiday company later committed not to sell tickets to any new facilities that it didn’t already, and to supporting alternatives to captivity such as whale watching and sanctuaries.

‘Virgin Holidays finally cutting ties with facilities holding whales and dolphins in captivity is a great campaign victory for us but also a massive statement to the holiday industry,’ says WDC end-captivity campaigner, Cathy Williamson. ‘WDC is delighted Virgin Holidays will no longer support the captivity industry and we continue to call on all tour operators including Carnival, TUI, British Airways and others to stop selling tickets to facilities that hold whales and dolphins in tanks for human amusement.’

WDC has partnered with the SEA LIFE Trust to create the world’s first beluga whale sanctuary in Iceland. It is hoped these initiatives will help to encourage the rehabilitation of more captive whales and dolphins into natural environments around the world, and one day help to bring an end to whale and dolphin entertainment shows.

Help us end captivity by making a donation – however big or small – it makes a difference.

06/28/2022
At Whale and Dolphin Conservation, we're working hard to bring whales and the ocean into climate conversations at the highest levels. I lead WDC's 'Green...

06/24/2022
As feared, whale hunters in Iceland have slaughtered at least two fin whales, the first to be killed in four years. Hopes remain that the...

06/17/2022
A survey of Icelandic people has confirmed that the majority believe whaling damages Iceland's reputation.  According to the new survey conducted by Maskína for the...

06/15/2022
Sei whale © Christopher Swann Japanese whalers have left port to begin this year's annual hunt for whales and could kill up to 150 Bryde's whales and...
Load More