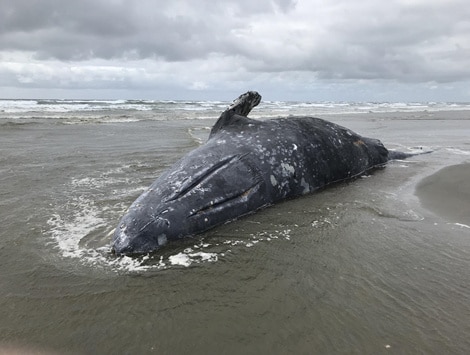 Gray whale deaths have spiked on the West Coast

May 31 2019 – NOAA Fisheries has officially declared that the elevated numbers of gray whale strandings in 2019 on the west coast of North America an Unusual Mortality Event (UME).  Approximately 70 gray whale strandings have been counted in California, Oregon, Washington, and Alaska as of May 31, 2019 – the highest numbers since 2000, when the Pacific gray whale population faced another UME.  British Columbia and Mexico have also seen elevated stranding numbers this year as the gray whales travel on their northbound migration.

Gray whales complete one of the longest migrations of any mammal, traveling 9,000 to 12,000 miles round-trip each year from summer foraging grounds in the Arctic to winter calving and breeding areas in Mexico.  They must eat enough during the summer to survive the migration and overwintering period in warm waters where no food is available.

Examinations of the stranded whales this year show a concerning pattern of skinny and malnourished individuals, indicating that the whales may be reaching the limits of their energy reserves during their northbound return to foraging areas – in plainer terms, they are starving and do not have enough fat left to make it back to the Arctic.

Surveys of the whales in the breeding lagoons in Mexico also observed fewer calves and individuals in poor body condition.  Changes in environmental conditions can affect the availability of food for marine mammals, and extreme warming in the Bering and Chucki Seas since 2016 – the primary summer foraging area for gray whales – likely caused significant changes to the food web in the Arctic.  Winter ice in the Bering Sea in 2018 was the lowest on record, and researchers believe that likely reduced the food available for gray whales.

Gray whales are one of the remarkable success stories of the Marine Mammal Protection Act and the Endangered Species Act.  Hunted nearly to extinction, with protective measures in place these whales rebounded and now have a population estimate of 27,000 individuals.  However, as we learn more about a healthy abundance of gray whales, researchers have identified unique feeding groups like the Pacific Coast Feeding Group, which stays off the coast of the northern U.S. during the summer.  The western North Pacific population of gray whales is still listed as endangered, and is estimated to be less than 200 whales. 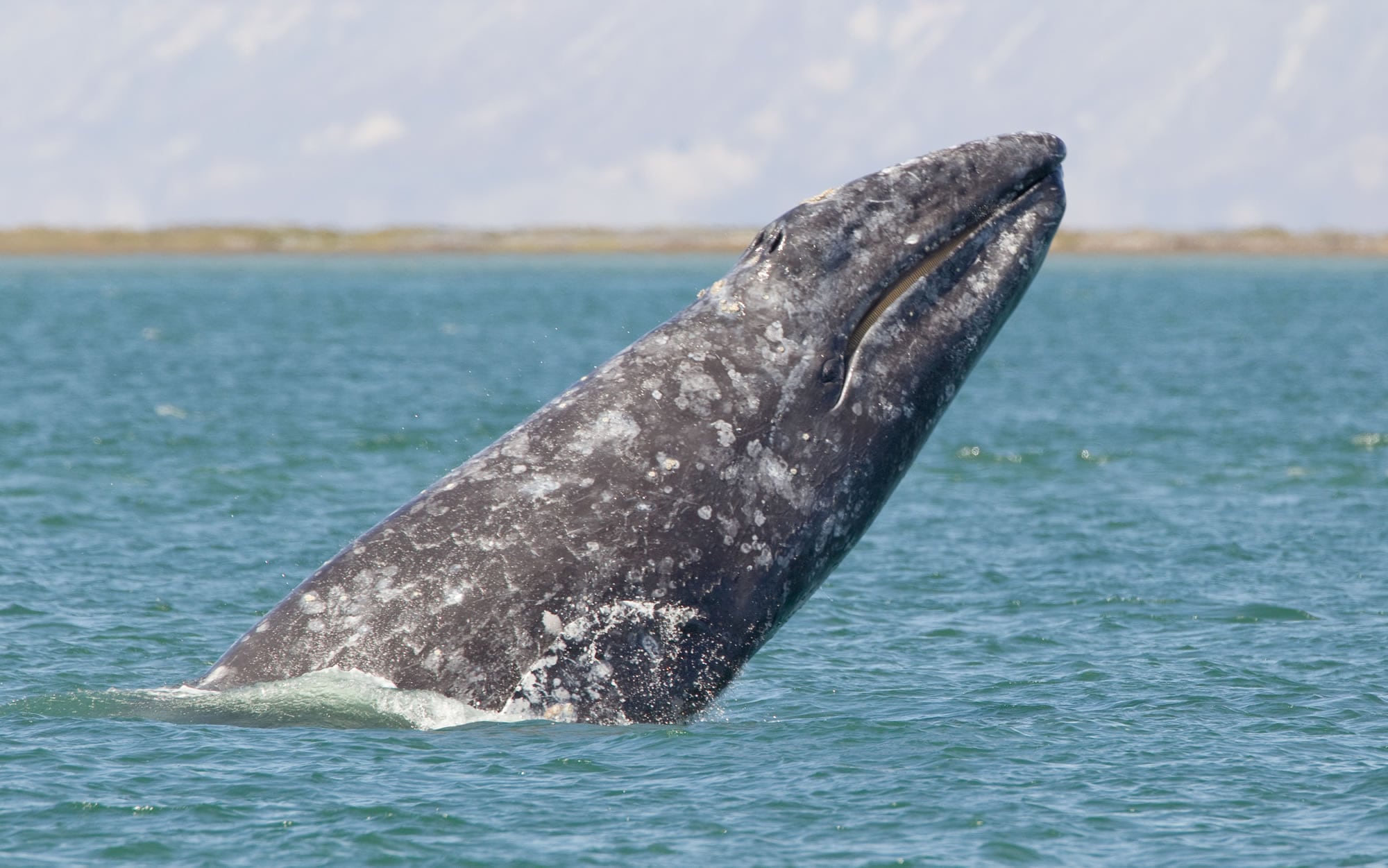