2019 has been a crazy, but exciting, year for Southern Resident orcas.  And I can’t believe we’re almost halfway through the year and already well into our annual Orca Action Month in June! This year’s Orca Month celebration is perfectly timed with the end of the 2019 Washington legislative session, because while we have a lot to celebrate this year, there is still so much to be done.

June culminates the first year of work by the Washington Southern Resident Orca Task Force, which met for the first time in May of 2018.  That kicked off a whirlwind six months of meetings, working groups, surveys, and public comment, in a process often frustrating but always encouraging, because the Task Force is the biggest and most concentrated effort we’ve seen in years to advance change for Southern Resident orcas.  In December, the Task Force finalized their first year of work with a package of 36 actions for the recovery of orcas, salmon, and their habitats.   I attended many of these meetings on behalf of WDC, submitted information and expert testimony, and helped you, our supporters, speak up on behalf of the highest priority actions for Southern Resident orcas.

Some of those recommendations required action by the Washington state legislature, so as soon as the Task Force report was finalized in December, we got to work with our colleagues here in the Pacific Northwest to gear up for the legislative session.  Four “Orca Priority Bills” were introduced in January, focusing on salmon habitat, vessel disturbance, chemical pollution, and oil spill risk.  At the end of April, after months of hard work and some nail-biting moments, ALL FOUR Southern Resident bills passed the legislature and were signed by Washington Governor Inslee.  This is a huge victory for the Southern Resident orcas, and a monumental step forward for their recovery in Pacific Northwest waters.  And as an added bonus, a boater outreach bill focused on improving education for recreational boaters also passed.

This was the most deeply involved I have ever been in a legislative session, and I learned a lot about the behind-the-scenes work, how things can differ between states (we were hard at work for salmon and ocean health in Oregon as well), and navigating the various deadlines and committees.  There were some nervous moments in the fast-paced session, but in the end, we achieved something phenomenal and unexpected, even with our high hopes at the beginning of the session.  Environmental bills are all-to-often not given a high priority in Federal or state governments, and state agencies focused on protecting wildlife and ecosystems are chronically underfunded.

But this year, the Washington legislature not only signaled their commitment to Southern Resident orcas, but to broader environmental protection in what some say is the best environmental session they’ve ever seen in the state.

Policy change is often slow and proceeds by incremental steps, but things move fast and furious in the political world and there is usually a last-minute scramble to move bills forward as deadlines of different stages loomed.  It was exciting and nerve-wracking to be so deeply involved this year, and so invested in the outcome.  I am grateful for the guidance and expertise of our colleagues in the Orca Salmon Alliance, who led collaborative efforts to track bills, develop information for lawmakers, and write and submit comment letters.  In addition to our coalition work, WDC submitted our own letters, sent out action alerts, and engaged in a regional social media campaign to help people reach their lawmakers and speak up on behalf of Southern Resident orcas. 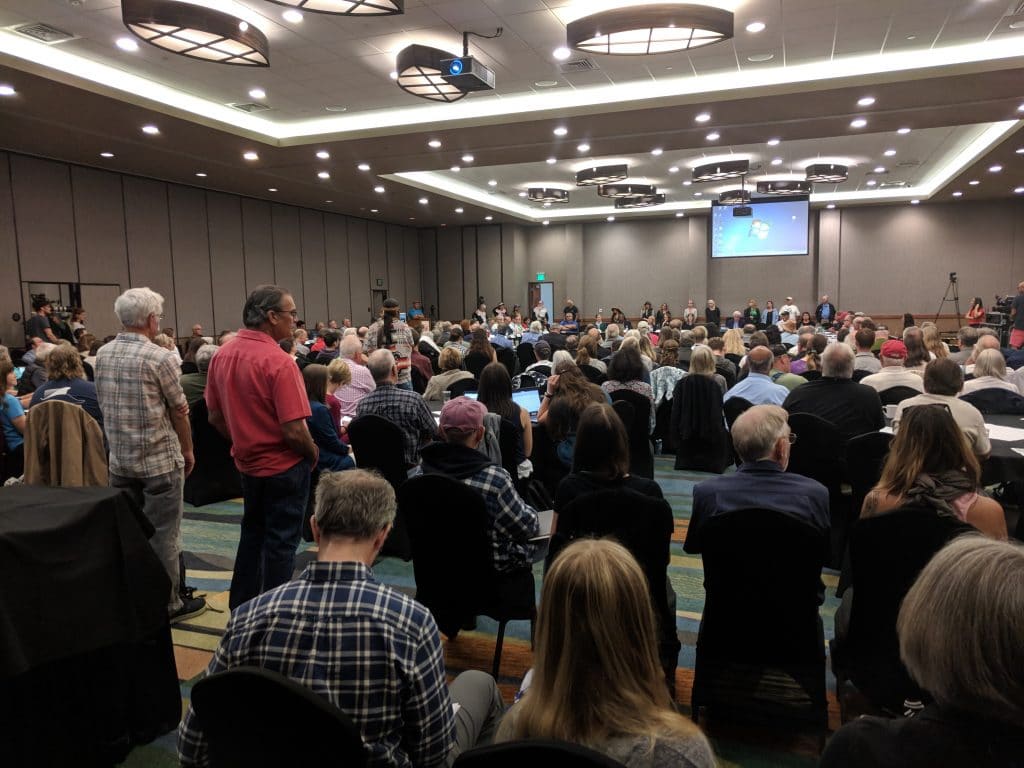 At WDC we are fond of saying that “it takes a village to save a species,” and with the help of our orca village – our partner organizations and supporters – we have taken some great strides in the last few months to protect orcas, salmon, and our shared ecosystem.  Your calls, emails, and comments made a difference – without question, it is due to the public outpouring of concern and support for the Southern Residents and their home that we achieved our legislative goals this year.  The new regulations in Washington include improvements in: 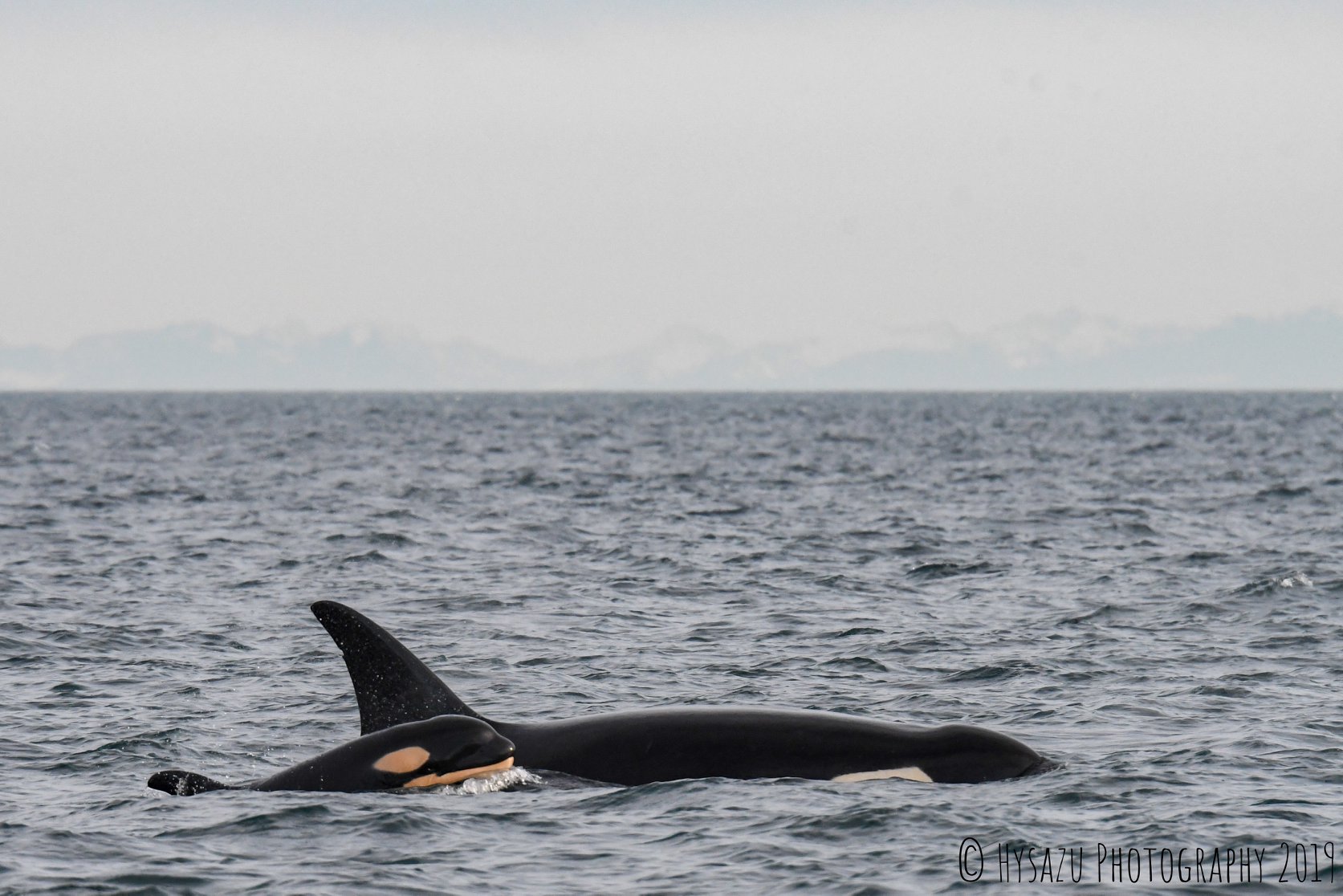 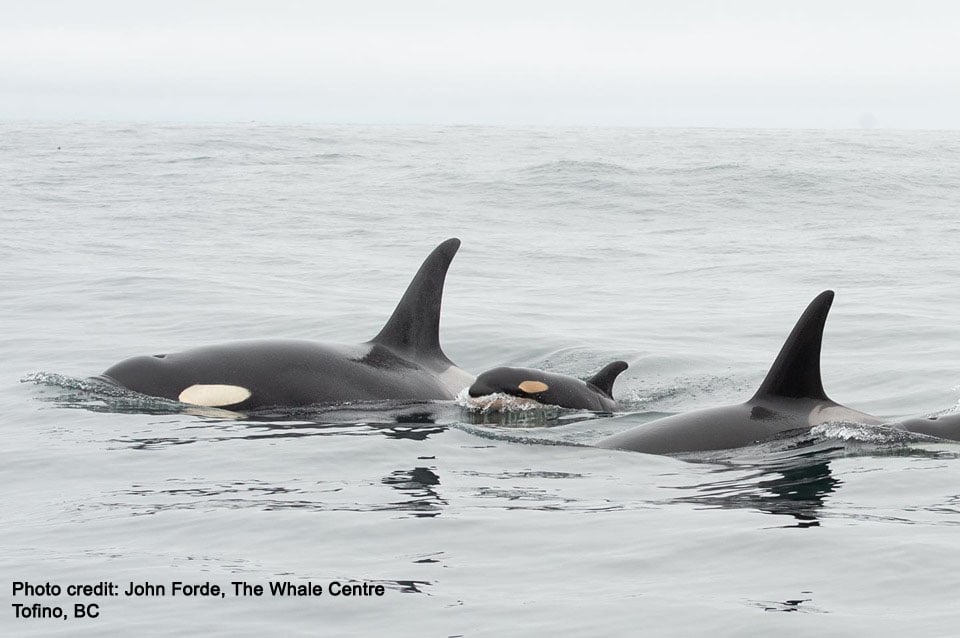 Ensuring the budget supported the new orca bills as well as other recommendations from the Task Force – including the Snake River dam forum – has also been a priority during the legislative session.  While Governor Inslee did not reach his “One Billion Bold” goal, nearly half of the recommendations received the required funding, and others at least some of what will be needed for implementation – meaning we have even more work to do in year two of the Task Force to ensure the recommendations have the support needed to be enacted and monitored.

Meanwhile, Canada has also been hard at work on their own Task Force process, and recently announced new measures for 2019.  In some ways, Canada’s new regulations – which include both required and voluntary protection zones with no fishing or whale watching, increases the distance vessels must maintain from Southern Residents to 400m, and places additional restrictions on Chinook fishing – go beyond what Washington has implemented.

But Canada is still moving forward with developing the Trans Mountain pipeline, which the government of Canada purchased from Kinder Morgan last year.  The pipeline increases the risk of a catastrophic oil spill and increases large tanker traffic in Southern Resident critical habitat; the potential for causing significant harm to Southern Resident orcas has been acknowledged, but Canada remains committed to building the pipeline – a move that WDC and other groups in the region, particularly First Nations in Canada, have long opposed.

The Southern Residents have had good and bad news since the legislative session ended.  The continued decline of J17 (Princess Angeline) and her daughter, J53 (Kiki) reminds us that while we have made huge progress since last year, there is still so much work to be done for Southern Resident orcas, salmon, and the habitat that supports us all - and news of a new calf in J pod provides hope that the work will result in better conditions for these orcas.  I’m looking forward to celebrating our progress during Orca Action Month, but also looking ahead to our next steps.  We’ve already started engaging in year two of the Task Force, are continuing our efforts for restoring rivers, and have been attending meetings to review the impact of salmon harvest on Southern Resident orcas.

None of this would be possible without you – our WDC “whamily” of supporters.  Without your voices advocating for more food, clean and quiet waters, and better conditions for Southern Resident orcas, we wouldn’t have this opportunity to celebrate.  Thank you for all your hard work over the last year and stepping up when we asked you to.  We hope you take some time to celebrate and join us during Orca Action Month – here in the Pacific Northwest or in your own community – as we get ready for what comes next!

Learn about the orca communities of the Pacific Northwest