Ahead of the relocation of Little White and Little Grey to the world’s first open water sanctuary for belugas, we gave international media the opportunity to discover how this epic 6,000-mile journey will be delivered to plan, and speak to some of the expert team involved in making this as comfortable a journey as possible for these two very special passengers. 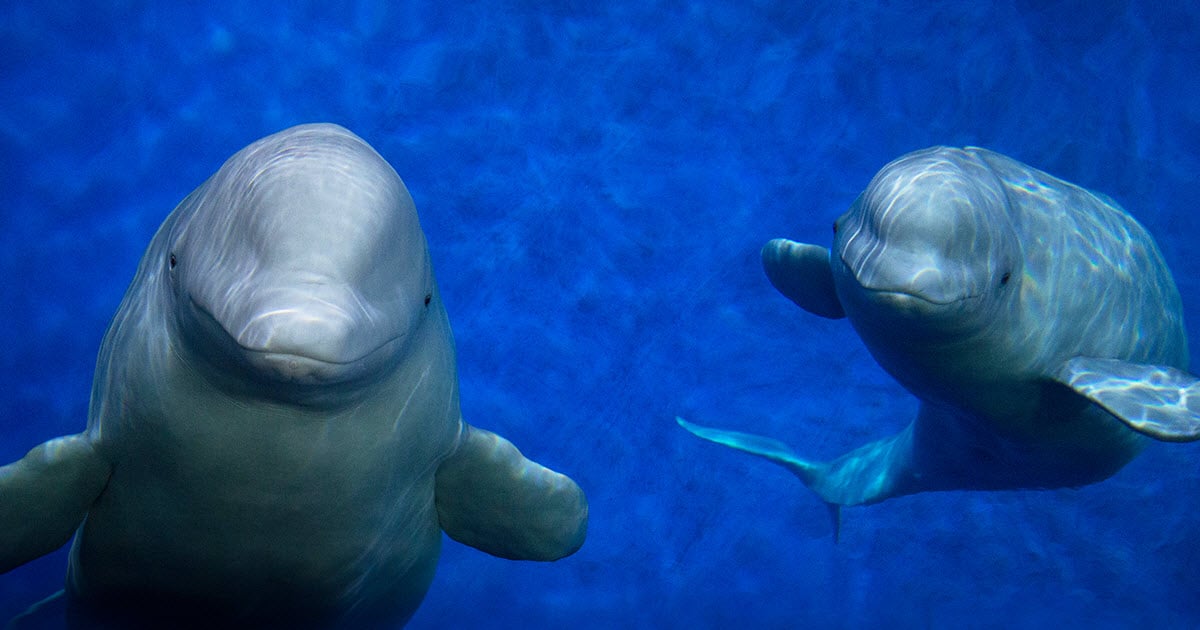 At the headquarters of Cargolux (our fantastic project transport partner) at Luxembourg Airport, representatives from various newspapers, television and radio stations were given the chance to step inside a specially branded Boeing 747-400ERF. This cargo plane will carry Little White and Little Grey from Changfeng Ocean World in Shanghai, China, to the SEA LIFE Trust Beluga Whale Sanctuary,  located in a secluded bay on the remote island of Heimaey, one of the Westman Islands in Iceland.

We offered those present the chance to speak to the two pilots who will be responsible for helping to deliver this phase of what is a complex, landmark project – one that will not only give two whales a more positive future in their new natural ocean home, but will also help us to take a big stride towards WDC’s long-term goal of creating a practical solution to whale and dolphin captivity.

At every step along the way we have always sought the highest expertise available to ensure the sanctuary is a success and that the welfare of the belugas remains paramount. That extends to the pilots involved in this transportation phase, with Cargolux providing two of their most experienced flight team to fly the plane – Claude and Claude. 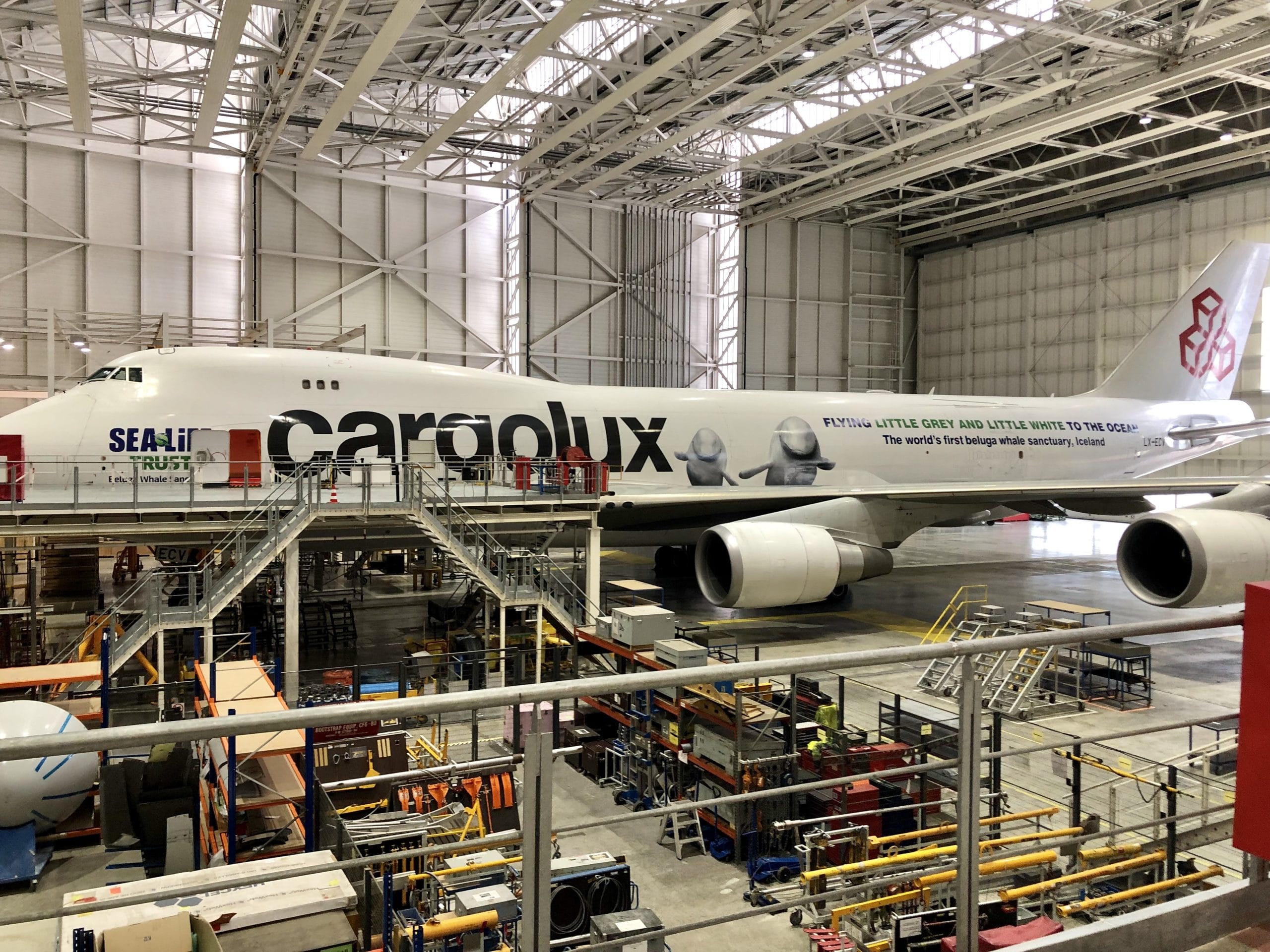 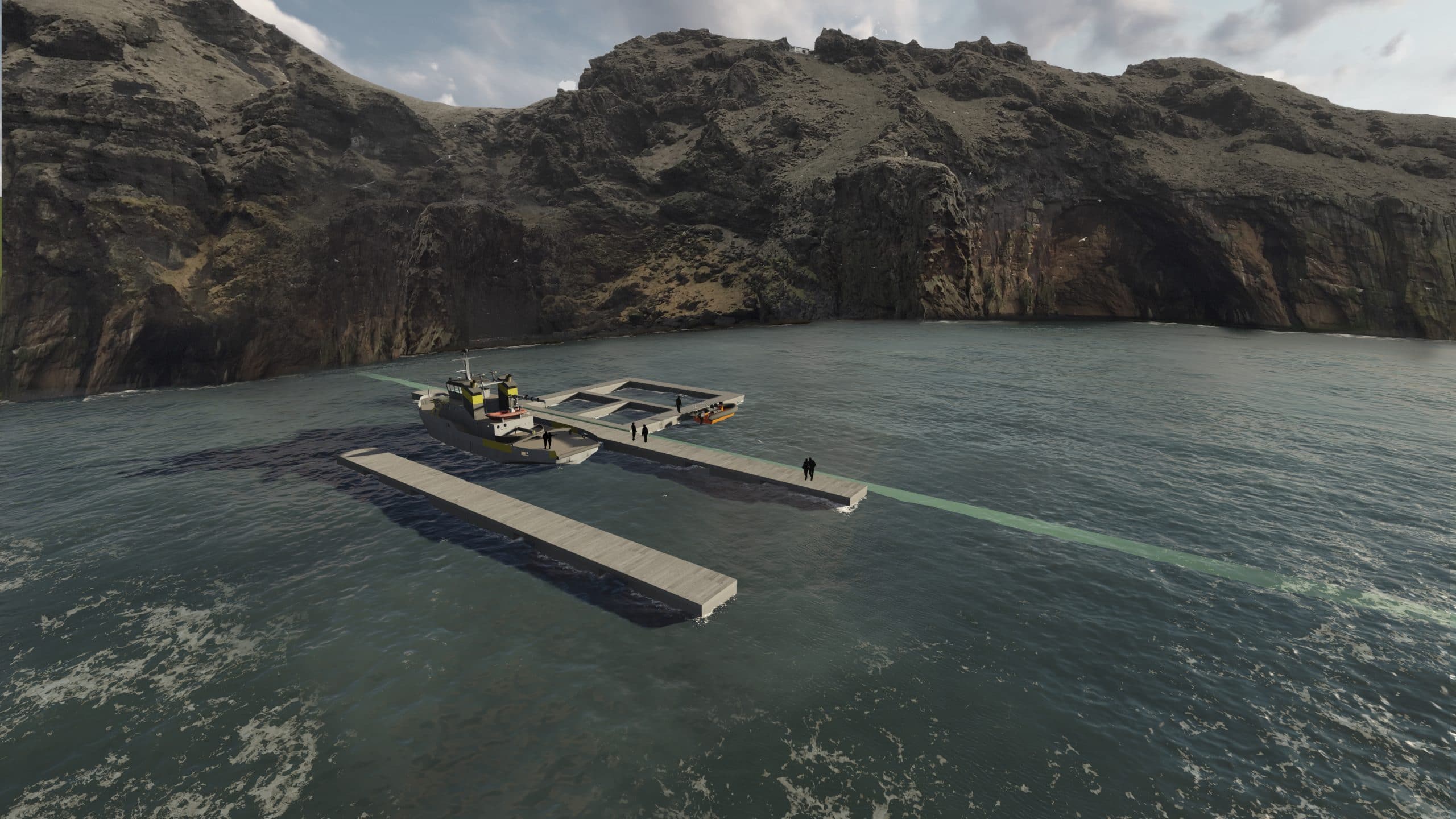 Claude Zehren is a 21-year veteran with Cargolux. A captain on the 747 for the past 14 years, Claude initially worked for the company in the training department as an instructor and examiner and, after taking over the chief pilot position in 2014, took on his current role as executive vice-president of flight operations. Also on the flight deck will be Claude Konsbrück, vice-president of flight operations at Cargolux. Besides flying, he has held various positions in crew training and operations, including the role of chief pilot.

The media day helped give an insight into other logistical elements of the flight, including the planned route, how the plane will stay at a lower altitude than usual to make the journey as comfortable as possible for the whales, where on the plane Little White and Little Grey will be positioned, and which way they will face.

Some of the welfare experts who have been involved in the design of the special containers that the two whales will travel in also revealed more details of how the belugas will be kept comfortable as they journey to Iceland, and explained the way that they will board the aircraft. Little White and Little Grey will have their own, special way of entering the plane via a front nose cone that, when opened, reveals a huge spaceship-like interior where the only seats are those situated on the upper flight deck.

‘The preparations are completed,’ said Marc Roveri from Cargolux’s specialist welfare team. ‘For the purpose of the flight, the whales will be carefully placed onto their stretchers and into the special containers that will have about half a metre of water inside them. At each stage of the flight process, a team of veterinarians and technicians will make sure the whales have everything they need to ensure their health and welfare is provided for.’

Rob Hicks, director of SEA LIFE animal and welfare department, said: ‘This is such a  complex and logistically challenging project, but one which has seen an exceptional team of industry experts, world-class vets and our SEA LIFE animal care staff all joining together.’

There is just a short time remaining before the flight leaves China. This tour around the inside of the plane was not only an exciting reminder of how close we now are to giving Little White and Little Grey a better future but also celebrated just how much expertise has been tapped into to make this journey happen.

And remember, this sanctuary would never have been possible without your support. It just shows what a long-term commitment can mean, so thank you again, to all of you who have stood by us.

Want to be part of the sanctuary?