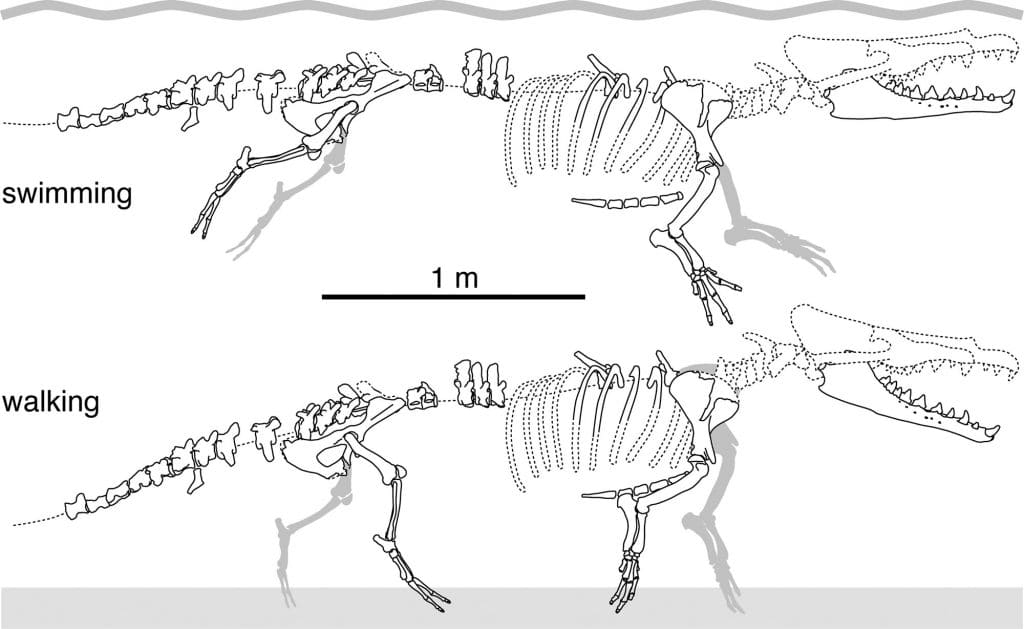 Scientists have unearthed the fossil of a 43-million-year-old whale in Peru, which was adapted to living both on land and in water.

The mammal is thought to have been around 13 feet (4 meters) long and had four legs, webbed feet and hooves as well as a tail. The discovery adds further light to our understanding of how whales and dolphins evolved.

The fossil was found in 2011 about 0.6 miles inland from Peru's Pacific coast at Playa Media Luna.

What makes the discovery even more exciting is that this is the first ever discovery of an amphibious whale in the Pacific Ocean. Scientists believed the first whales evolved in South Asia around 40 million years ago before migrating to other regions as they became more adapted to living in water.

The new whale has been named Peregocetus pacificus, which means "the traveling whale that reached the Pacific".