The Icelandic fisheries minister has announced a new whaling quota, which will allow Icelandic whalers to kill over two thousand fin and minke whales over a five year period. This move comes at a time when public support for whaling within Iceland is falling and local demand for whale meat is negligible.

This announcement appears to confirm the influence of wealthy businessman and fin whaler, Kristjan Loftsson, one of Iceland's richest men, and the whaling lobby.

"At a time when school children are marching against climate change and the decimation of wildlife, the Icelandic government's decision to continue to kill whales - amongst the most peaceful and intelligent beings on the planet - is morally repugnant as well as economically bankrupt,"  said WDC Stop Whaling campaigner, Vanessa Williams-Grey.

The decision also coincides with Japan's recent announcement that it will leave the International Whaling Commission (IWC - the body that regulates whale hunts) and resume commercial whaling in its waters from July. Japan is the main market for Icelandic fin whale meat. Given the current uncertainty about the future yield of Japanese whaling operations in their own Exclusive Economic Zone (EEZ), it is extremely likely that Iceland hopes to retain this export market and at the same time, stand shoulder to shoulder with a fellow renegade whaling nation.

Iceland kills whales under a much disputed 'reservation' to the International Whaling Commission's global ban on commercial whaling. Since 2006, Icelandic whalers have killed 851 fin whales, the second largest creature on Earth. Last summer alone, 145 fin whales died, alongside two rare blue whale /fin whale hybrids and at least a dozen pregnant females. Up to 209 fin whales and 217 minke whales can now be taken by Icelandic whalers every year until 2023.

Last year's whaling season triggered a raft of negative press for Iceland. When the government announced a review of whaling last autumn, hopes were high that concerns around damage to tourism, Iceland's international reputation, combined with economic factors (whale watching is far more lucrative than whaling) and animal welfare concerns, would close down Iceland's whaling for good.

Instead, the government released a report authored by an economist close to the pro-whaling Independence party, which unsurprisingly concluded that whaling was of overall benefit to the Icelandic economy and did not impact tourism. The report was greeted with anger from the whale watch community and questions were raised about its bias and relying on old or inaccurate data. Even the Fisheries Minister, who commissioned it, was forced to admit that it was flawed.

The Fisheries Minister's decision was further aided by last year's surprise down-listing of fin whales by the International Union for the Conservation of Nature (IUCN).  According to the IUCN, the change was made, in part, because commercial whaling ‘has been brought under control’ but goes on to say that a rigorous evaluation against the criteria they use for listing was not possible. The change was based on ‘plausible projections of the global mature population size’ and encourages further data collection.

Contrary to the IUCN’s view, WDC refutes that commercial whaling is ‘under control’. A signal of species recovery should by no means be taken as a sign that populations can withstand any level of commercial whaling, given the multiple other man-made threats to whales, along with uncertainties around population structure and population health. 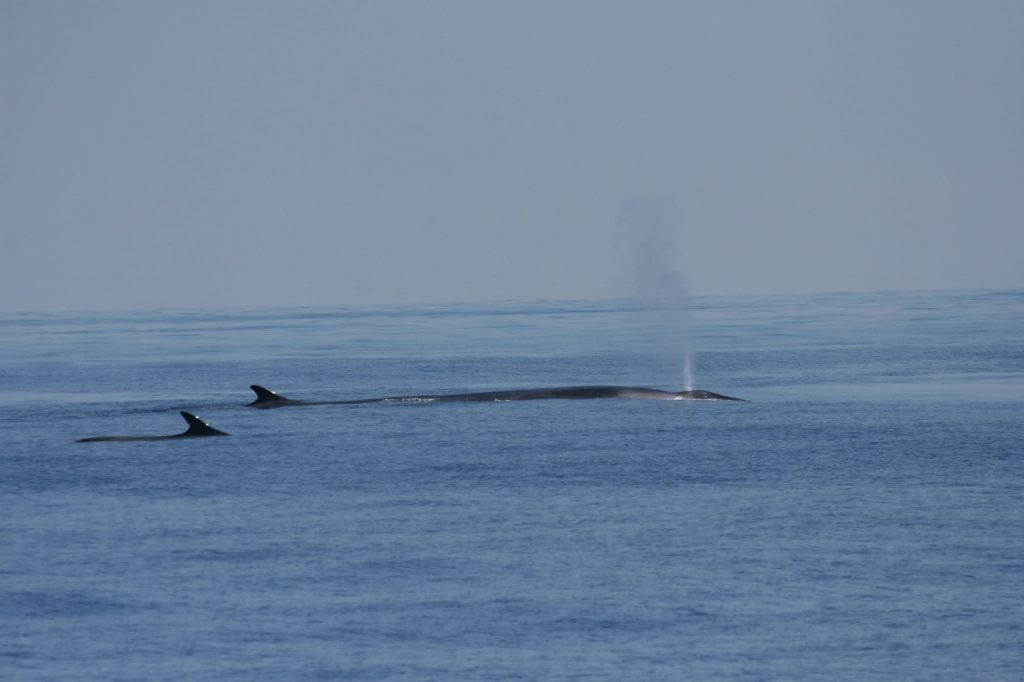