As we get settled into 2019 and figure out our plans for the next few months, I wanted to take a quick look back at the first year of work by the Washington State Southern Resident Orca Task Force, an effort dedicated to identifying local and regional solutions to reverse the decline of the critically endangered Southern Resident orcas.  The recommendations from the first year of work were delivered to Washington Governor Jay Inslee in mid-November of 2018, and the Governor announced his agenda and budget in December, including $1.1 billion dedicated to enacting recommendations from the Task Force.  Proposals cover everything from salmon recovery to improving water quality to electrifying the fleet of Washington Ferries.  Now, the actions move on to the Washington state Government, which will need to pass legislation for some of the recommendations and approve funding for for most of them.

Thanks to your support, I was able to attend many of the meetings held by the Task Force and its advisory Working Groups, spoke out during public comment sessions, submitted comments and information to Task Force members, and helped guide people though the complicated public survey process.  I was there to represent the significant concern for the survival of the Southern Residents in WDC’s extended family of supporters, and advocate for bold and ambitious actions to ensure the recovery of the orcas, the salmon they depend on, and the ecosystem of the Pacific Northwest.

Like many things developed through the process of “political compromise,” the results from year one are truly a mixed bag.  There are some great actions included, some that are not-so-good, and some real head-scratchers as to how and why they ended up in the final report.  There are pros and cons to many of the recommended actions and the steps needed to achieve them.  But the overarching pro, and what we cannot lose sight of despite any other frustrations we may have with these recommendations, is that this is the biggest and most concentrated effort we have seen in a long time to save the Southern Resident orcas.

These recommendations are not limited to just one of the multiple threats facing this small community of orcas or to simply mitigating the impacts; they consider the cumulative effects, focus on addressing threats at their source, and include the broader needs of the ecosystem – all positive points that ensure long-term and sustained survival and recovery of the endangered Southern Resident orcas. 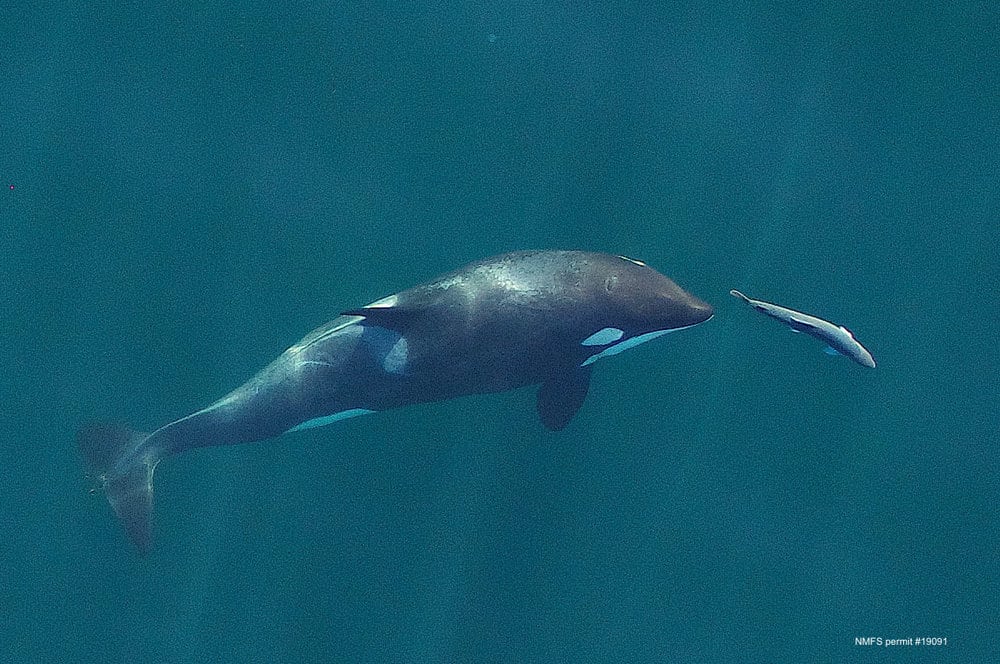 Yes, more is needed, and yes, these actions could (and should) be better and bolder, but compared to the slow progress, limited resources, and frustrating delays of just a couple years ago, these actions mark significant progress and a shift in the way we think about Southern Resident orca recovery.

The attention of lawmakers and agency managers is turned to the Southern Resident community as it hasn’t been since they were listed under the Endangered Species Act in 2005.  This summer’s heartbreaking events, with Tahlequah (J35) mourning the loss of her newborn daughter and young Scarlet (J50) slowly slipping away, brought worldwide attention to this unique orca population.  The whales really are the best ones to tell their story and inspire people to get involved with their survival.  And now, with a brand new calf to bring hope and inspiration to our efforts in 2019, work to save this population has taken on new meaning.

I had my frustrations with the Task Force over the course of their first year – it was a struggle to include public input, with meetings overwhelmed by attendees wanting to speak and a complicated survey process.  I also hoped to see more representation on behalf of the orcas on the Task Force, but only a handful of the nearly 50 members were from orca-related organizations.  Stakeholder input from a variety of groups is vital to ensure broad support, but I would like to see more consideration of “what would be best for the orcas” in the next phase.

Many of the recommended actions are seemingly simple steps, like funding habitat restoration projects or enforcing water quality laws – things that already exist, but have lacked the resources to be carried out before.  Several of them will require new laws and actions in the Washington state goverment, and all of them require funding, so a big part of our focus in the coming months will be engaging in the Washington state legislative session, which started a couple weeks ago, to make sure these actions get the funding and resources needed to be implemented ASAP.

We’re starting with the Environmental Priorities Day in Olympia, Washington on January 29th.  Several orca and salmon-related bills have already been introduced, and we’ll continue to keep you, our supporters, updated and engaged throughout the legislative session as these bills begin to take shape.  We’ll also keep working throughout the region to support orca and salmon recovery, and continue to provide suggestions for what people can do at home – the “daily tasks” – to help orcas, salmon, and their local watersheds.

It was said many times during the Task Force meetings that the best time to save the orcas was 30 years ago – but the next best time is now.  While the Southern Resident orcas have a devastating history of being targeted by the captivity industry, the modern threats to their survival stem from human-caused fundamental changes to their ecosystem.  Solving these problems requires us to change again, to develop a more positive relationship with the orcas and our shared natural world, and that starts with us, from supporting legislative and policy action to making adjustments in the way we individually interact with our environment.

Thanks to your support, we are able to effectively engage in the ongoing Task Force process and the local, national, and international efforts to ensure the survival and recovery of the Southern Resident orcas.  With your continued help and involvement, we will keep up the pressure for swift and bold action to save these iconic orcas.