Yet another dolphin has died at Dolphinaris Arizona, the third to lose their life in less than two years at the marine park.  The death of Khloe, an 11-year-old bottlenose dolphin, was announced by the park on December 31st, 2018.  Dolphinaris Arizona notes the preliminary cause of death as a chronic illness caused by Sarcocystis, a parasite that can affect marine mammals such as dolphins, sea lions, and otters.

The controversial park opened in October 2016 despite opposition from WDC and many of our partner organizations, and declining support in North America for holding whales and dolphins captive.  Khloe’s death follows the loss of bottlenose dolphins Alia in May 2018 and Bodie in September 2017.  The park attributed the death of Alia to an acute bacterial infection, and of Bodie to a rare muscle disease, although a report from the National Oceanic and Atmospheric Administration (NOAA) indicates that Bodie died from a fungal infection.

Although Dolphinaris Arizona has pledged to share results from necropsies (animal autopsies) with the veterinary community, they have not made the reports public.  SeaWorld has similarly refused to release necropsy results and veterinary records to the public, prompting a lawsuit from a coalition of environmental groups, including WDC.

Learn more about our work to end captivity, create the world’s first sanctuary for captive-held belugas, and make a donation to support our efforts. 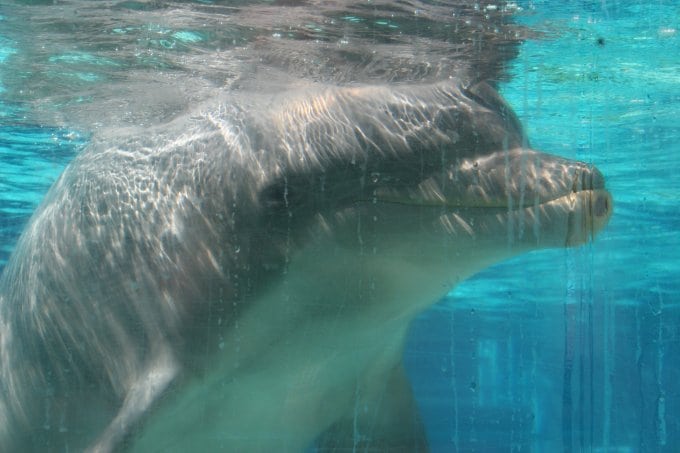 Posted in News and tagged Bottlenose dolphin, captive dolphins, captivity, SWTD
Preferences
We use cookies to help give you the best experience on our website and information about how you can support us.
Manage options Manage services Manage vendors Read more about these purposes
View preferences
{title} {title} {title}