December 19, 2018: Legislation to allow nearly 1,000 sea lions per year to be killed in the Columbia River between Oregon and Washington has now been signed in to law.  Following passage by the Senate earlier this month, the Endangered Salmon Predation Prevention Act (S.3119) was accepted and passed in the House of Representatives despite some differences from the earlier House version of the bill, which passed over the summer.  The final version was sent to the White House and signed into law on December 18th.

The legislation greatly increases the number of sea lions currently killed at dams in the Columbia River and broadens the area in which the sea lions may be captured and killed.  Proponents of the bill argue that killing sea lions will help save endangered salmon in the Pacific Northwest, and therefore provide more food for endangered Southern Resident orcas.

“This short-sighted legislation does nothing to address the core problems causing the decline of salmon in the Northwest,” said Colleen Weiler, WDC Jessica Rekos Fellow for Orca Conservation.  “Habitat loss, development of rivers, and climate change have a much greater impact on salmon populations.  Saving our salmon and our Southern Resident orcas requires a fundamental change in how we use and interact with our shared ecosystem.  This bill is an ‘easy answer’ that will do nothing to help rebuild struggling salmon runs and scapegoats natural predators who have long visited rivers to forage on many species of fish.”

Alarmingly, the legislation marks a fundamental shift in the application of the Marine Mammal Protection Act (MMPA), one of our nation’s landmark environmental laws, by allowing lethal management to occur for a marine mammal population.

WDC is extremely disappointed by this decision and we will continue to fight to protect the MMPA and find real solutions for salmon and Southern Resident orca recovery.

You can support our work to defend the MMPA and protect whales and dolphins with a year-end donation or by giving back through your seasonal shopping! 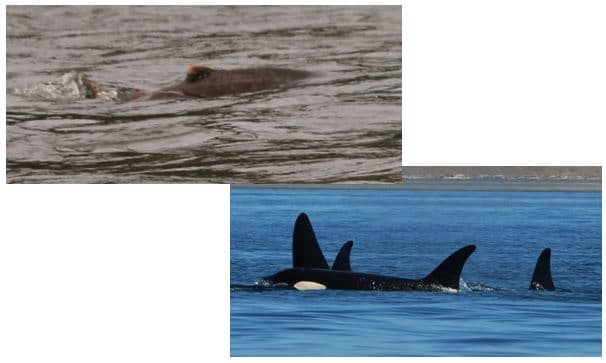 Posted in News and tagged mmpa, salmon, sea lion, Southern Resident orcas
Preferences
We use cookies to help give you the best experience on our website and information about how you can support us.
Manage options Manage services Manage vendors Read more about these purposes
View preferences
{title} {title} {title}