The International Union for Conservation of Nature (IUCN), a global body working on nature conservation and sustainable use of natural resources has down-listed fin whales from ‘endangered’ to ‘vulnerable’ in its latest review.

Established in 1964, the IUCN is considered the global authority on the status of the world’s species and, whilst WDC believes any recovery in whale populations is cause for celebration, there are some concerns around this latest status change for fin whales. 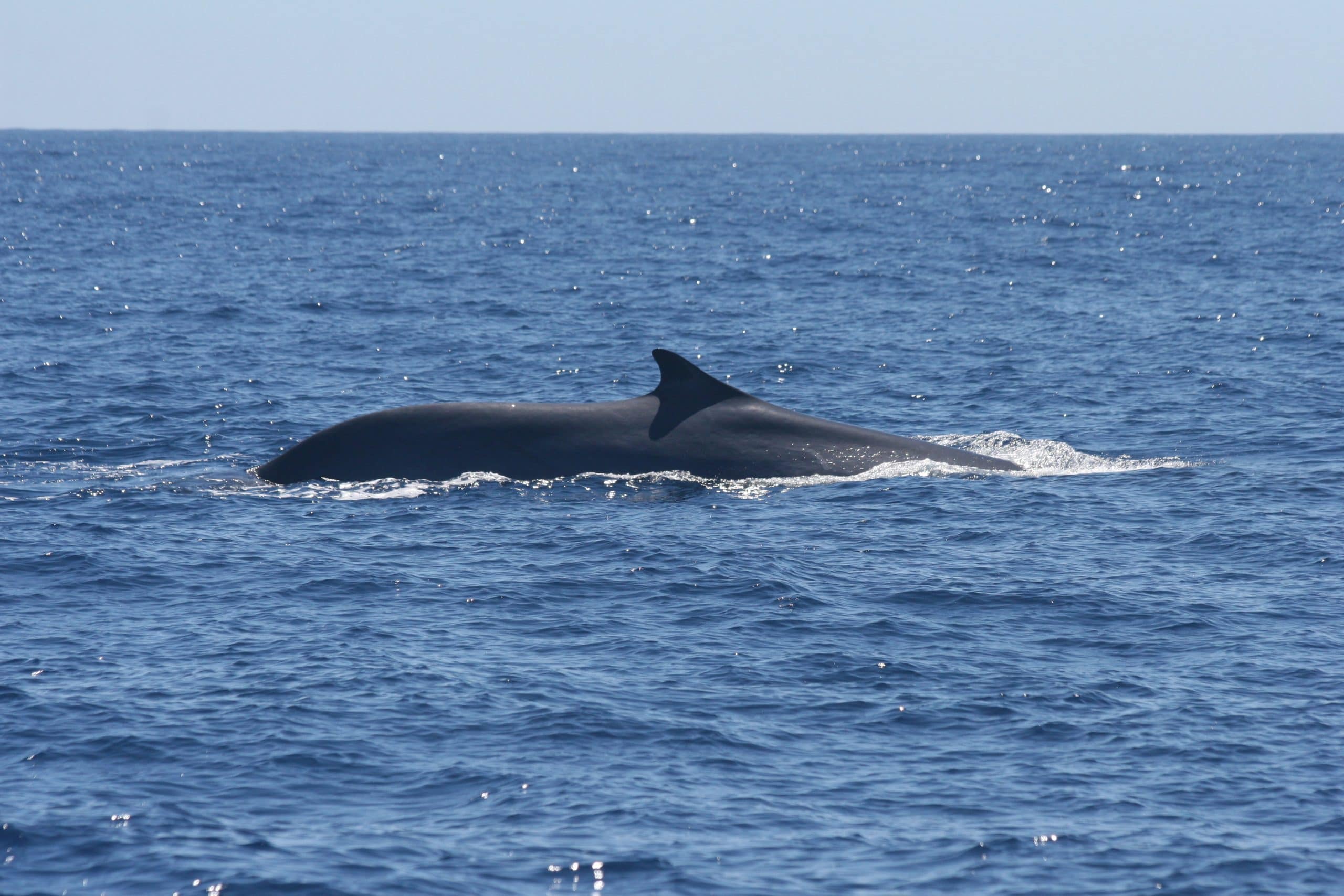 According to the IUCN, the change was made, in part, because commercial whaling ‘has been brought under control’ but goes on to say that a rigorous evaluation against the criteria they use for listing was not possible. The change was based on ‘plausible projections of the global mature population size’ and encourages further data collection.

Contrary to the IUCN’s view, commercial whaling is not ‘under control’. ‘A signal of species recovery  should by no means be taken as a sign that populations can withstand any level of commercial whaling, given the multiple other man-made threats to whales, along with uncertainties around population structure and indeed the health of that population’, says WDC anti-whaling campaigner, Vanessa Williams-Grey.

‘Fin whaling also poses significant welfare concerns’, Williams-Grey continues. ‘These are huge whales that can swim up to 25 knots.  Even for those who evade capture, the pursuits can last for long periods of time, causing exhaustion and severe stress.  Those killed suffer before they die.  Struck by harpoons and explosive charges only marginally larger than those used to kill much smaller whales, a second harpoon is often required to complete the job, further adding to their terror and suffering.

Planet Earth needs healthy oceans. And healthy oceans need whales. It is not enough to conserve vulnerable species. Whales play a vital role in the marine ecosystem where they help provide up to 50% of our oxygen, combat climate change and sustain fish stocks.

The fin whale is the world’s second largest creature on earth after the blue whale. Growing up to 27 metres long, they can weigh as much as 120 tonnes,