Daydreaming about escaping the British winter for sunshine and adventure? If so, you are far from alone! Inevitably, as the nights draw in, many of us start to plan either an escape to the sun, or at the very least, a winter adventure.

Whale watching is, of course, a huge draw and WDC has long promoted responsible viewing. However, increasingly, travellers are being enticed by the opportunity to actually get into the water with whales and dolphins.  Nowadays, it is possible to snorkel with species ranging from coastal dolphins to massive whales such as blue, sperm and humpback.  If watching from a boat is good, then being in the water with them must be even better. Right?

Actually, wrong. You may be surprised to learn that WDC strongly recommends against tourists getting into the water with whales and dolphins for a host of good reasons.

It is easy for us to be so excited at the prospect of being in the water with whales or dolphins that we forget that we are entering their realm as uninvited guests and our presence may not always be welcome.

Swim tour vessels need to get much closer than whale watch vessels, in order to drop off clients next to the whales, increasing the chance of disturbance or even boat strike.  Scientists have documented disturbance disruption of the daily routine of whales and dolphins in regions where people are allowed into the water with them.

These interruptions can cause whales and dolphins to waste precious energy and may be particularly harmful to breeding age females and mothers with calves.  Some dolphin populations have even abandoned their usual habitat in favour of quieter areas and over time, repeated disturbance may even have long-term effects upon the health and reproductive success of the population.

There are concerns too, from a human perspective.  Whales and dolphins are large (often extremely large) and typically, are robust and powerful. They may react unpredictably – this is especially true of females with young calves – and may injure people in the water if snorkellers  get too close to their flukes (tails) or flippers, or if they feel threatened in any way.  Bear in mind too, that these tours are not always covered by travel insurance policies.

I’m personally even less keen on the growing trend for ‘celebrity’ underwater photographers to offer those who can afford it the chance to get ‘up close and personal’ with whales.

Aimed at the luxury, high-end of the market, some of these ‘specialist-led, small group safaris’ cost thousands of pounds. In addition to the concerns outlined above, these tours may:

Blur the boundary between commercial trips and professional filming or research: Firstly, these bespoke tours often seem to operate somewhere in the fuzzy boundary zone between commercial swim tours and professional filming trips. In many regions, commercial trips to swim with whales are banned and often the only way to circumvent the regulations is to apply for a film or research permit – and then just ‘happen’ to take, say, three or four paying passengers along too, sometimes under the guise of ‘assistants’. Other in-water trips exploit regions where regulations either don’t exist or else are not properly enforced.

Pay lip service to ’research’:  some specialist trips charge a premium with the claim that passengers will contribute to ‘essential research’. In many cases, this is nothing more than a box ticking exercise, as meaningful research is simply not possible by amateurs under these conditions.

Trigger tensions with the local whale watch community:  In most regions, it simply is not practical for in-water tours to co-exist with whale watching.  Local operators, with an obvious interest in protecting the marine wildlife upon whom their livelihoods depend, are understandably angry by what they see as affluent outsiders homing in on their patch during peak season, using smaller, more manoeuvrable boats and pushing in front of local skippers, many of whom are trying to observe the guidelines.

I’ve personally witnessed shouting matches between local Sri Lankan operators who’d received training in responsible vessel handling and were understandably indignant at being barged out of the way by high-end swim tour boats intent on dropping their clients right next to a blue whale!

However, there is always the fear that topside operators complying with the guidelines may feel out-competed: they see the potential for big profits and may feel under economic pressure to offer these tours themselves. They also see foreign operators exploiting the fact that snorkelling with whales is not banned in Norwegian waters, as it is in many other regions.

Fail to benefit the local community: These tours are far from cheap – for example, an eight-day trip to dive with orcas off Norway is currently being marketed at a cost of US$6,500 per person, excluding flights. Snorkelling with sperm whales off Dominic costs $7,500 (excluding flights); a similar trip focused on blue whales off Sri Lanka costs an eye-watering $8,360, whilst snorkelling with southern right whales off Patagonia costs $4,950.

Most bespoke tours use foreign tour leaders, booked by overseas travel companies, often using luxury hotel chains and even outsourcing boat hire outside the local region. Quite often, impoverished coastal communities in developing regions will play involuntary host to these groups, yet fail to benefit much economically. It is also telling that genuine local conservation projects rarely benefit much – if at all – from a share of the profits.

Take risks in terms of client safety: often little attempt is made to confirm that clients are proficient in the water. Some trips state that no experience is necessary, yet many encounters take place in deep, dark or freezing waters, where a combination of strong currents or wave action, plus the presence of other vessels in the vicinity, may soon tire an inexperienced swimmer and could lead to panic.

Even in dry suits, the icy Arctic waters off Norway can be dangerous.  Sea conditions can be extreme and orcas are large and fast-moving. Last year, an expert noted: ‘I would say that this phenomenon is starting to be out of control.  And it is terrible to watch.  Some days ago, I came across two snorkellers, 300 metres from their boat.  I barely saw their two black heads in the water, and I could easily have run over them.’  This fear was echoed by a WDC supporter living in Norway who witnessed divers in the semi-darkness, without lights, near a busy harbour mouth and therefore terribly vulnerable to being struck by vessels. Orcas often approach fishing boats and if snorkellers are close by, following the whales, there is a clear risk to their safety especially during short daylight hours in Arctic regions.

Safety is an issue off Sri Lanka too, as blue whales – the largest creature on the planet – are encountered in deep waters off Mirissa to the south, where the continental shelf pinches in close to shore. The whales’ habitat happens to coincide with one of the busiest shipping lanes in the world.  Increasingly, massive sperm whales gathering to mate and socialise in deep waters, miles off Kalpitiya to the northwest, are being targeted by snorkelling tours.

With new trips to ever more exotic locations springing up all the time, it is clear that urgent action needs to be taken. We need to tackle what is fast becoming an over-confident, out of control playground for the rich – with local communities, and of course, the whales and dolphins targeted being the poorer.  Without regulation, especially a prohibition of swim-with-whales tours, I fear this increasingly chaotic situation will escalate.

I hope you’ve read sufficient to persuade you not to be swayed by the marketing around these trips. The respectful way to view whales and dolphins is from a responsibly handled whale watch boat. 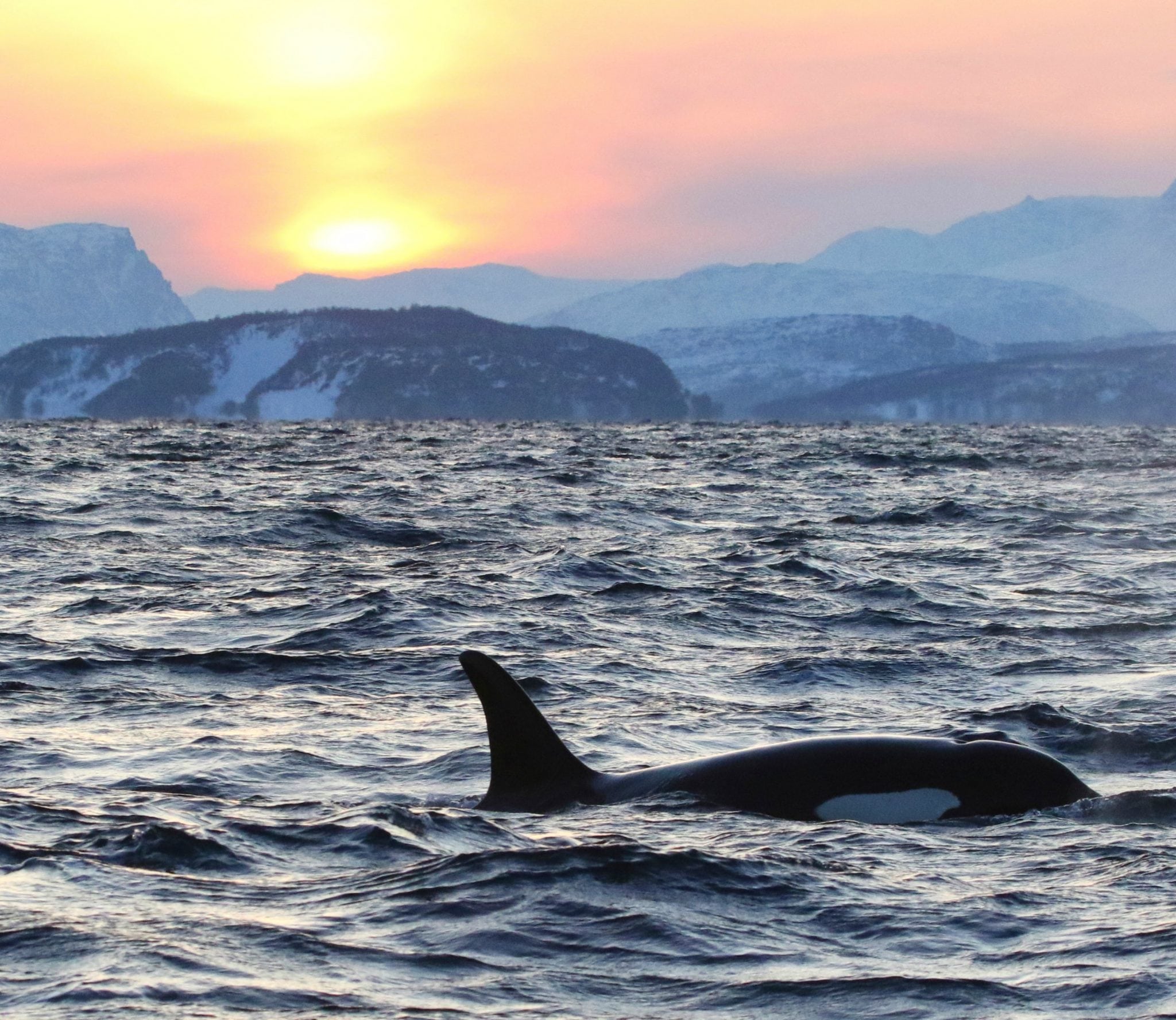 Posted in Blogs & Articles and tagged Swim with dolphins, Whale watching
Preferences
We use cookies to help give you the best experience on our website and information about how you can support us.
Manage options Manage services Manage vendors Read more about these purposes
View preferences
{title} {title} {title}