Japan’s import and sale of sei whales products from its controversial “scientific” whaling programme in the North Pacific has been deemed as illegal by the global body entrusted with protecting endangered species from trade.

WDC has been pressing for action on this issue and our team at the annual meeting of the Convention on International Trade in Endangered Species of Wild Fauna and Flora (CITES) in Sochi, Russia was delighted when government representatives attending voted nearly unanimously that Japan was acting in violation of the convention by slaughtering sei whales, and then landing thousands of tonnes of sei whale meat primarily for commercial purposes in Japan. 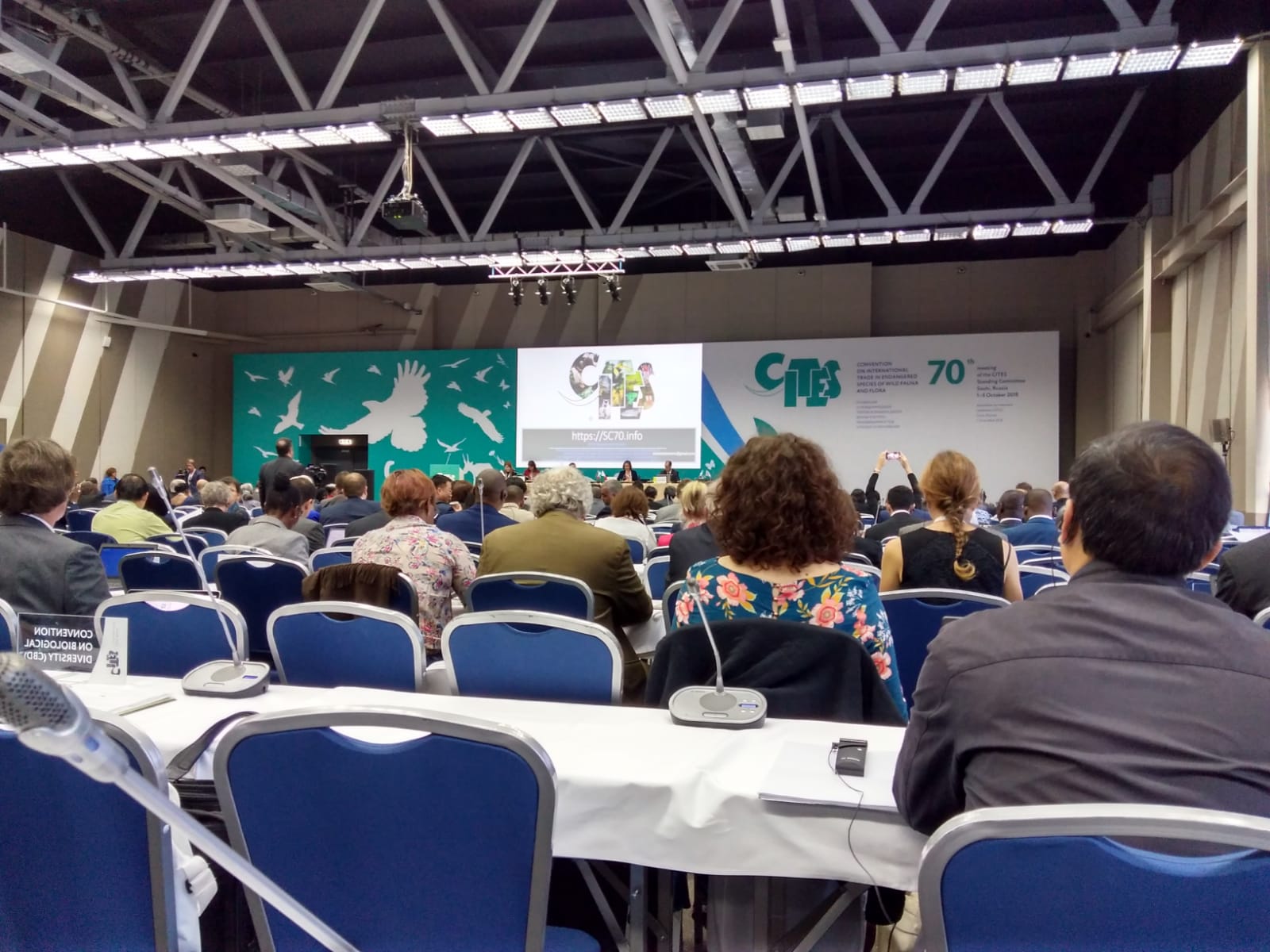 Sei whales are listed on Appendix I by CITES, which means that international commercial trade in their products is banned. As Japan mostly hunts sei whales on the high seas beyond its national jurisdiction, under CITES rules, bringing these products into Japan is considered international trade (so-called “Introduction from the Sea”). Currently, Japan hunts as many as 134 sei whales each year (the third biggest creature on the planet) but does so under its “scientific” whaling programme in the North Pacific.

Although some specimens, including the whales’ eyes, testes and ovaries, are preserved for scientific research, the vast majority of each whale – about 12 tonnes – is frozen and vacuum-sealed for sale for human consumption in Japan.

The Committee’s decision now places Japan in a difficult position. The Japanese government has been asked to take immediate remedial action to address this issue. If Japan fails to comply fully, a recommendation could then be made that the other 182 governments impose trade sanctions on Japan.

SUPPORT OUR CAMPAIGN to stop whaling or MAKE A DONATION.