Have you ever fancied yourself as a dolphin researcher? If you think you’ve got what it takes, you could join us on the remote Welsh island of Bardsey (Ynys Enlli) next year.

I have just returned from Bardsey Island with my colleague Pine Eisfeld-Pierantonio. We spent the last two weeks of August looking out for Risso’s dolphins and harbour porpoises as part of our long-term field study into how they use this area and why it’s important to them. The results of our study support efforts to get better protection for them, including working towards a protected area for Risso’s dolphins around Bardsey Island as they use the area for breeding and feeding, and ensure they are given adequate consideration in any offshore developments. 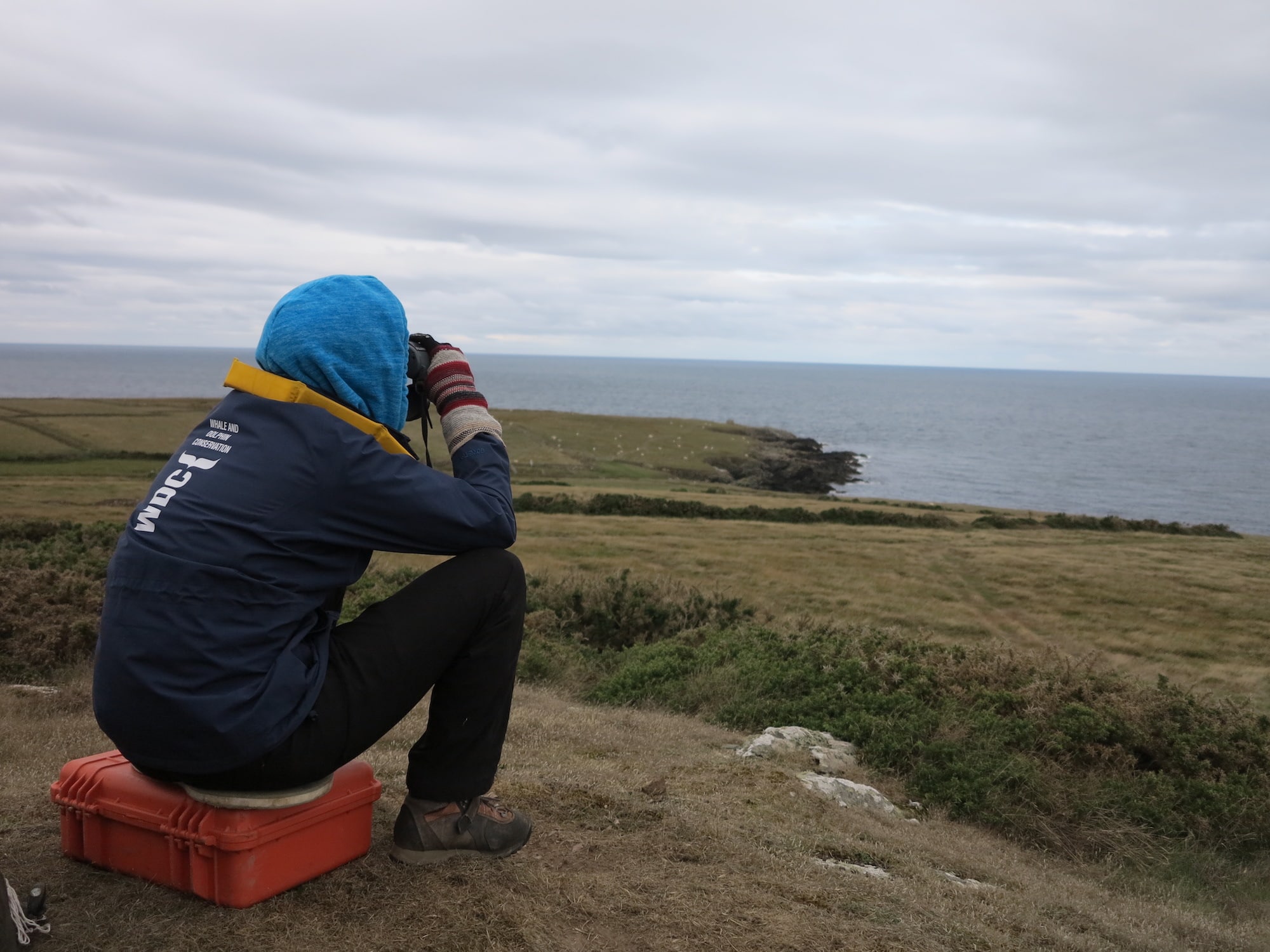 Joining us, were two different volunteers each week with various backgrounds. They threw themselves into helping us with our fieldwork and learned all about undertaking surveys for dolphins and porpoises. With four of us each week, we were able to staff two land-based platforms, one at the northern end of the island, imaginatively called North End and one part way up the mountain called Cliff, carrying out 10 minute scans of a predefined area of sea with binoculars. Any dolphins and porpoises we saw were noted down, alongside an angle and reticule reading. Reticules are horizontal lines in the special binoculars we use for these scans. They help us to calculate the exact position of the dolphin or porpoise (that’s when your school geometry comes in handy!) so that we can plot it on a map later on.

On clear days we can see Ireland and Anglesey from our North End platform, and all of Cardigan Bay from the Cliff. The weather wasn’t always on our side though. Some days we woke up to fog so thick we couldn’t even see the garden in front of the Bird Observatory where we stayed and had to wait until it had burned off by mid-morning. We had fog descend on us while out scanning, creeping across the sea, first excluding the mainland from our view, and then the edge of the island and anything beyond. Other days we had excellent visibility, but the wind whipped up the sea making it difficult to spot dolphins and porpoises, so we couldn’t do proper scans. On those days, we were restricted to what we call ‘casual watching’ (without the reticules and geometry!) of inshore waters, where we were lucky enough to see Risso’s dolphins between the waves on some occasions and once even spotted porpoises – a mother and her calf. 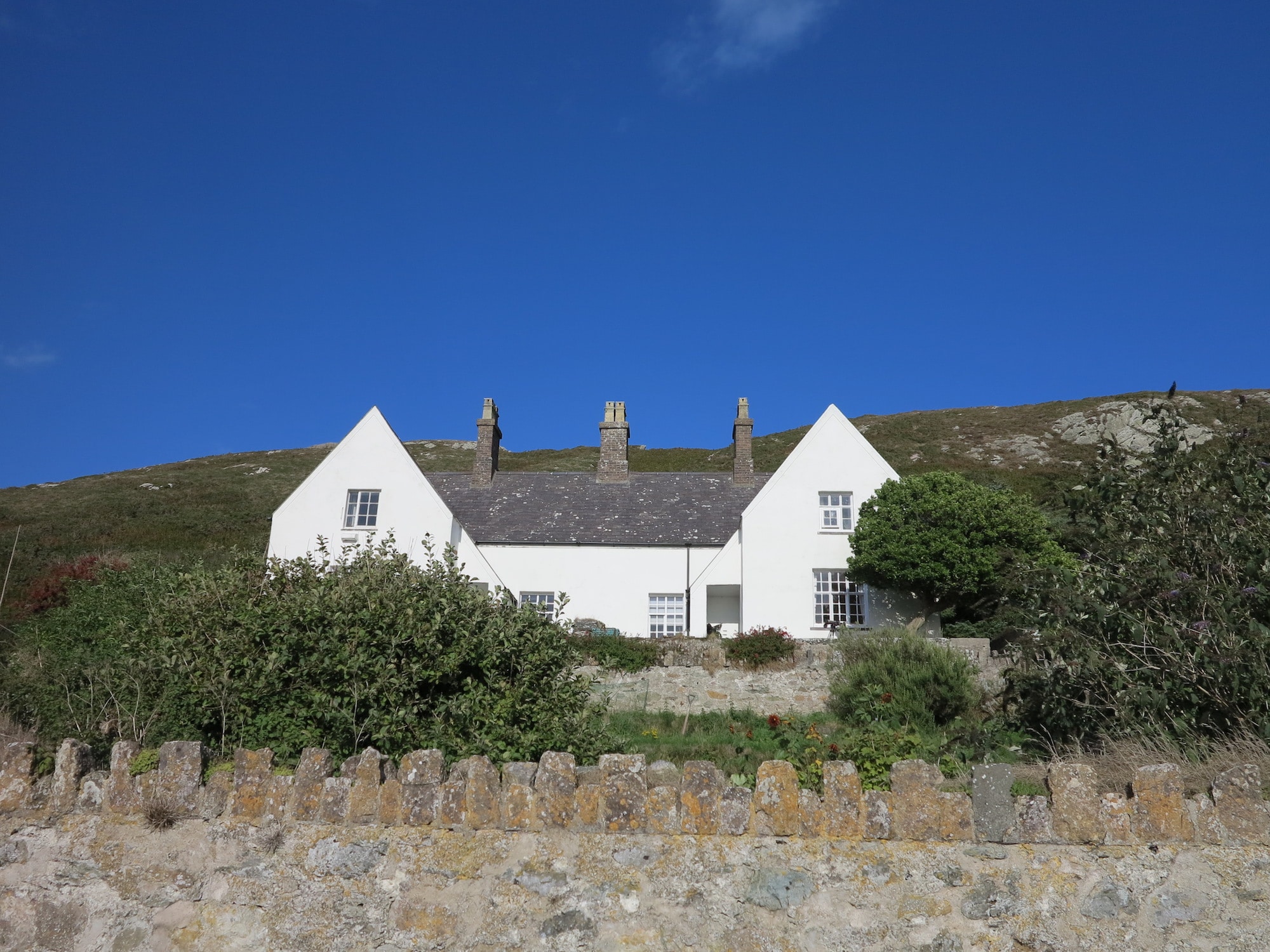 Thankfully, the weather favoured us most days and we were out in the field scanning – on two occasions for over 10 hours. We had a number of sightings including Risso’s dolphins and even a shark that breached five times. One evening after dinner, we were watching a group of 13 Risso’s dolphins, including calves, as they breached and tailed slapped their way north. Mixed with them were six short-beaked common dolphins with a wee calf, porpoising (moving through the water like a porpoise, alternately rising above it and submerging) and breaching. Not long after the dolphins had passed through, we saw a small group of harbour porpoises as they made their way north as well. Quite a treat for ‘dessert’!

One thing that didn’t work as well as we had hoped, was getting out on the boat to take photo-ID pictures of the dorsal fins of the Risso’s dolphins. On our first trip out, we had engine trouble. As much as we tried to fix it, we could not make it work, the boat needed to go off to the mainland for repairs. We did not have other options, as the only other suitable boat on the island was only licensed for fishing, but not to carry passengers. A real shame, however we did get some photos of Risso’s when they came close to the island on two occasions. We hope that we will recognise some individuals when we look at those photo-ID pictures. 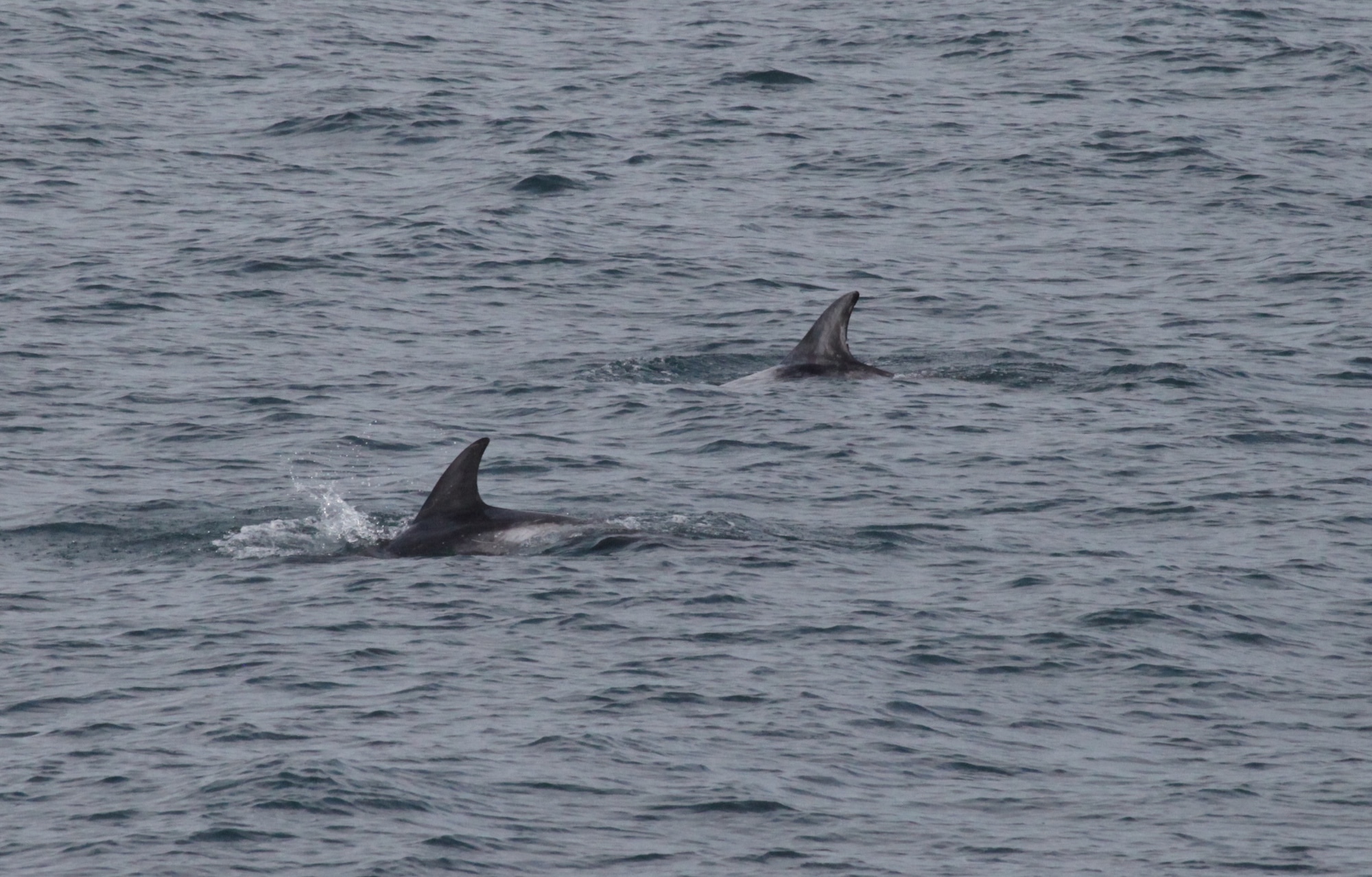 We wish to thank everyone who made this survey possible. Thanks to The Gaynor Cemlyn-Jones Trust, the Ratcliff Foundation and Richard and Carol Brown for their financial support. A big thank you to our volunteers, Janet, Josella, Nikki and Ellie for your hard work and good humour. You were all fantastic and made the time on Bardsey really special. Also thanks to the Bird Obs team – Steve Obs, Emma, Connor, George and Billy, as well as Farmer Steve, Jo, and Ben Porter and Sian and Mark for their help and warm welcome back to the island.

Find out more about our Bardsey Island fieldwork, and keep an eye on our jobs page in the spring next year as we hope to take more volunteers with us in 2019! 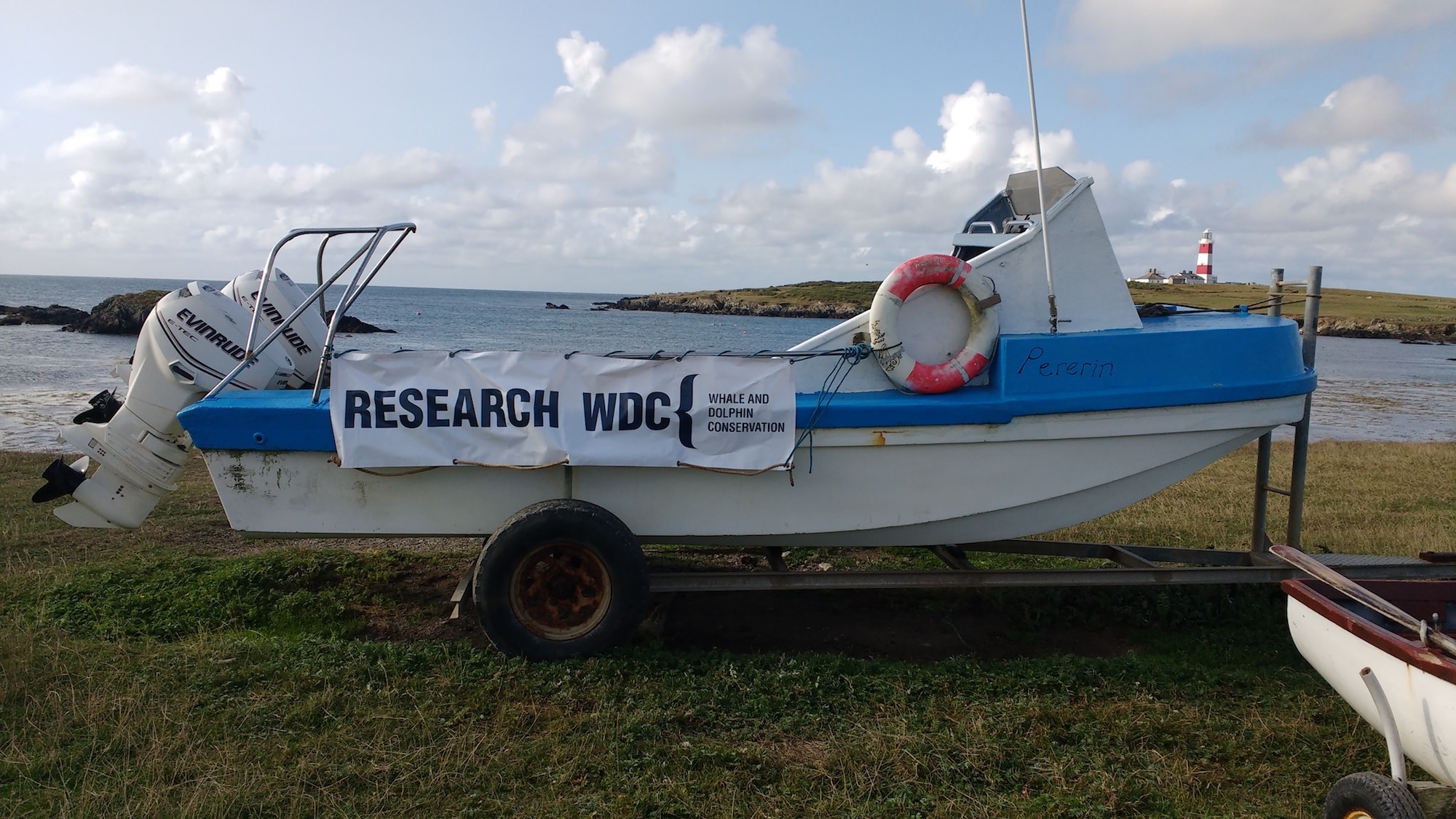