Online video games platform Humble Bundle has announced further support for WDC s work to end the cruel practice of keeping whales and dolphins in captivity through its charity of the month programme.

Funds will be raised across a range of games, software and book bundles, and through the Humble store for the month of August. Humble Bundle’s unique system allows you to only pay what you want for a bundle and also choose how much goes to charity. 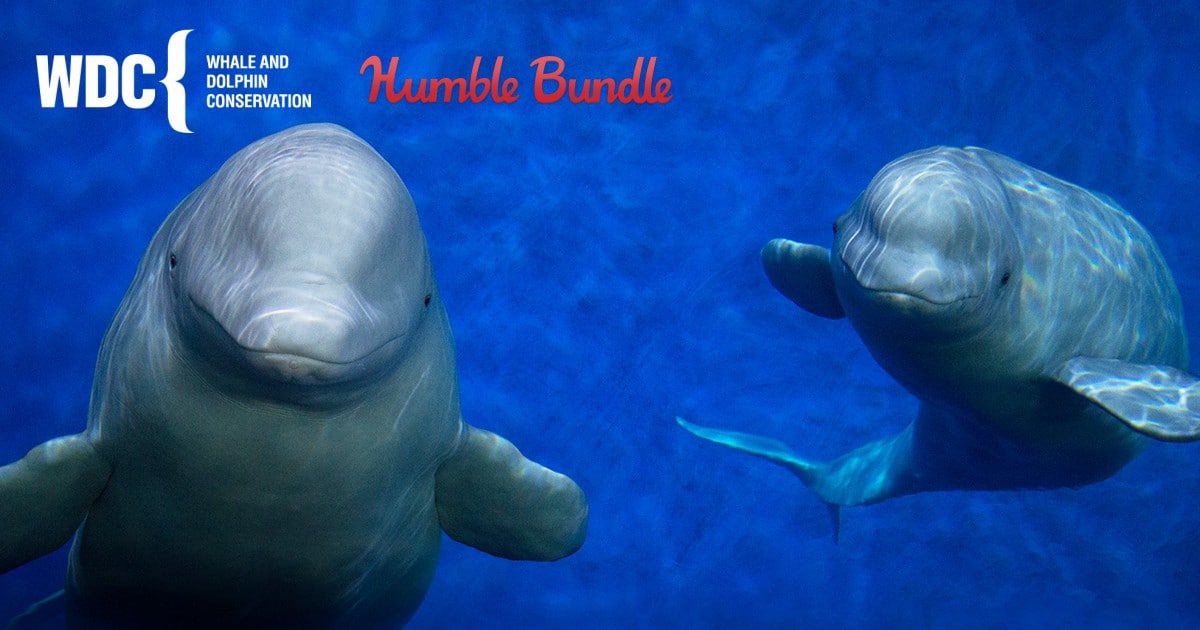 WDC is also working in partnership with the SEA LIFE Trust, to build the world’s first beluga whale sanctuary, which will become home to two belugas, Little White and Little Grey, caught from the wild and currently living in captivity in an aquarium in China.  In a video announcement from Iceland, the location of the sanctuary, WDC’s Patron and Game of Thrones star, Jerome Flynn, thanked the Humble Bundle community for their ongoing support: “The funds that you have raised will directly contribute to this ground-breaking project, which we hope will be the first of many sanctuaries all over the world – and the beginning of the end of captivity.”

Abbie Cheesman, who manages WDC’s partnerships, added: “Even today, whales and dolphins are taken from their homes, separated from their families and confined to small, concrete tanks for human ‘entertainment’. It’s so exciting to know that soon, Little Grey and Little White will be swimming in a new, more natural ocean home. However, sadly, over 3,000 whales, dolphins and porpoises are still held in captivity – all of whom deserve the same opportunity to live safe and free. We are incredibly grateful for the support from Humble Bundle and the amazing Humble Bundle community, as well as all of the developers, studios and publishers involved, in so generously supporting our work to end captivity. Thank you!”

Since 2010, Humble Bundle and it’s community have contributed over $130 million to charities and good causes all over the world.

Find out more by visiting www.humblebundle.com

Posted in News and tagged captivity, Humble Bundle
Preferences
We use cookies to help give you the best experience on our website and information about how you can support us.
Manage options Manage services Manage vendors Read more about these purposes
View preferences
{title} {title} {title}