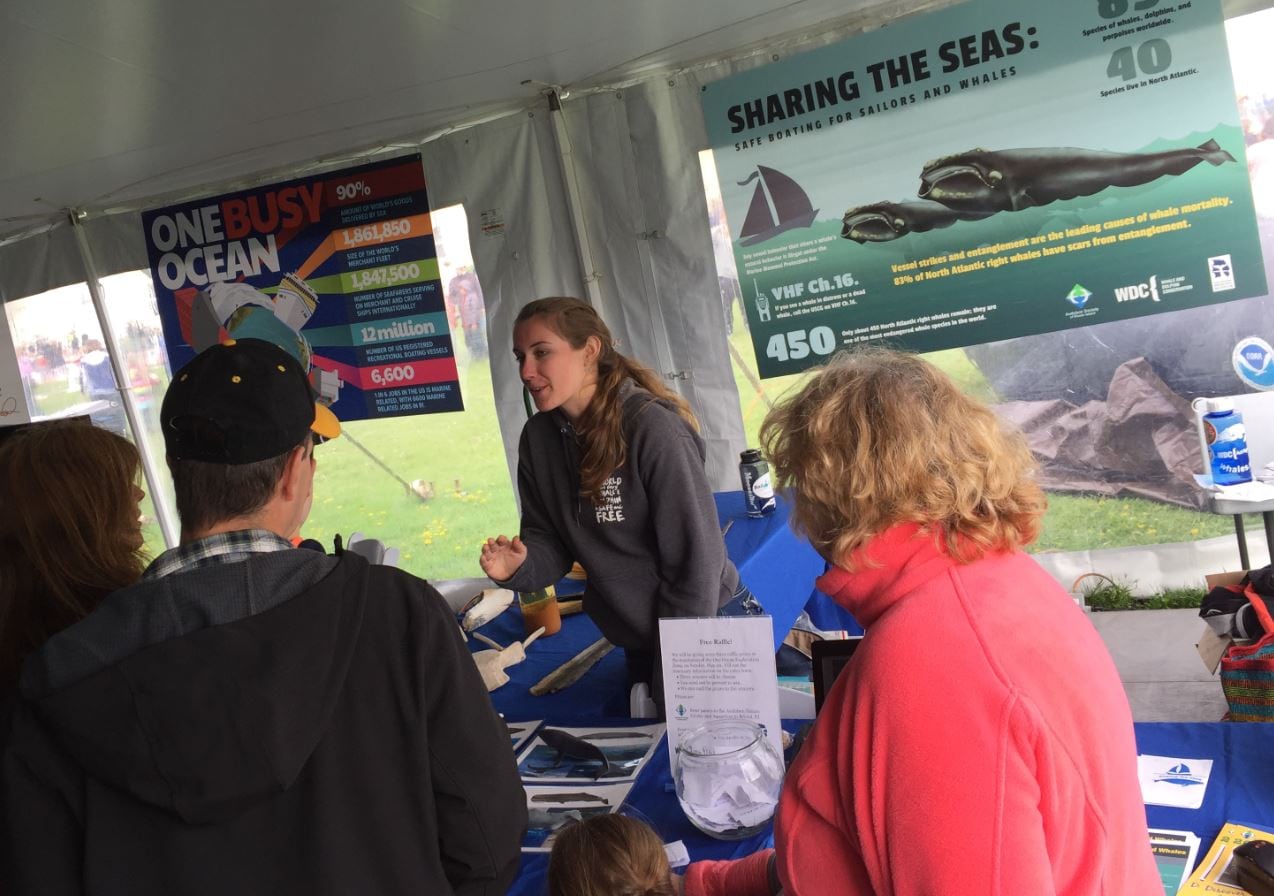 Last month WDC participated in the Volvo Ocean Race’s One Ocean Exploration Zone in Newport RI. Joined by our collaborators and an inflatable right whale named Rocky, we had a great time networking with sailors and teaching the public and school students about whale species in this area. Kids were given their own passport book to get stamped at each exhibit as they stopped to learn more about ocean sustainability. I don’t like to brag, but based on their reactions, I’m pretty sure we had the coolest stamp there!

Our exhibit highlighted our Sharing the Seas program, which provides sailors with information on how to safely sail around whales to avoid dangerous collisions. We care deeply about whales, but we also care deeply about human safety, which can easily be compromised when the boat you’re on is the same size or smaller than most whales. Knowing how to spot whales on the water and how to better predict their behavior will lead to safer sailing.  And that is why, for the past two years, we’ve been trying to reach as many sailors as possible with this information.

The Volvo Ocean Race stopover in Newport drew a crowd of over 100,000 people over the course of 9 days, which was a great turnout and one of the largest events in which we’ve ever participated! Shortly after that event ended, we turned our attention to the Atlantic Cup Race which began in Charleston, SC and made their way north along the coast to Portland, ME. We participated in this event in 2016 and this year we once again provided crews of the 11 competing boats with customized information packets. The course took them through a known right whale feeding habitat southeast of Cape Cod, so we wanted to be sure they were on the lookout. The Atlantic Cup is nearing completion, at which point we hope to learn that our information was helpful for the sailors.

If you or someone you know sails, particularly along the US Atlantic coast, help us spread the word and share this information with them- for their safety and the whales’!

Posted in Blogs & Articles and tagged sailing; Volvo; Sharing the Seas
Preferences
We use cookies to help give you the best experience on our website and information about how you can support us.
Manage options Manage services Manage vendors Read more about these purposes
View preferences
{title} {title} {title}