As the Washington State Task Force starts to examine threats to the endangered Southern Resident orca population and outline potential measures to protect the orcas and their primary prey, Chinook salmon, new actions for the summer season have been introduced on both sides of the border.

New voluntary vessel guidelines and area closures have begun in Washington State (for more on these, see our first update on the Task Force).  Joining those programs, San Juan County (which includes San Juan Island, the historical “center point” of the Southern Residents’ primary summer habitat) is rolling out a new “Whale Alert” flag.  The visual signal will be flown from key vessels and land-based stations when whales are in the area, and will give boaters a heads-up to keep an eye out for orcas and follow the Be Whale Wise guidelines.  Noise and disturbance from vessels can interrupt foraging efforts of the orcas, making it harder for them to locate their already scarce food.  The Be Whale Wise guidelines include federal regulations on approach limits and recommendations for a slow zone and safe vessel operations around whales. 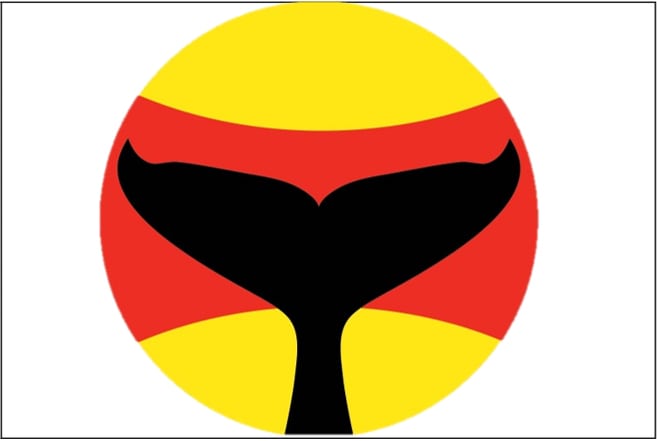 Following Washington’s development of new measures for the summer season and in response to a petition for emergency action from Canadian environmental groups, Canada’s Department of Fisheries and Oceans has announced stricter harvest limits for commercial and recreational fishing in critical habitat for Southern Resident orcas, as well as selective area closures to protect key foraging grounds and wild Chinook stocks.  This new initiative took effect on June 1st; managers hope to reduce direct competition in these important foraging grounds for salmon that are vital to the orcas’ survival, and to increase the number of salmon returning to native rivers.

Canada also announced the dedication of over $9.5 million in funding under their Oceans Protection Plan for salmon habitat restoration projects across British Columbia.  The Fraser River, the major source of spring and summer salmon in the Salish Sea for the Southern Resident orcas, has been heavily impacted by human use.  Degraded habitat in all parts of the watershed – from nearshore and estuary systems important for sheltering juvenile salmon to upstream tributaries where adults return to spawn – plus changing ocean conditions and barriers to fish passage have decimated Canada’s Chinook salmon populations.  Out of 35 monitored “conservation units” (unique stocks) of Chinook salmon in the Fraser River, 11 are in “poor status” and only 2 are considered healthy. 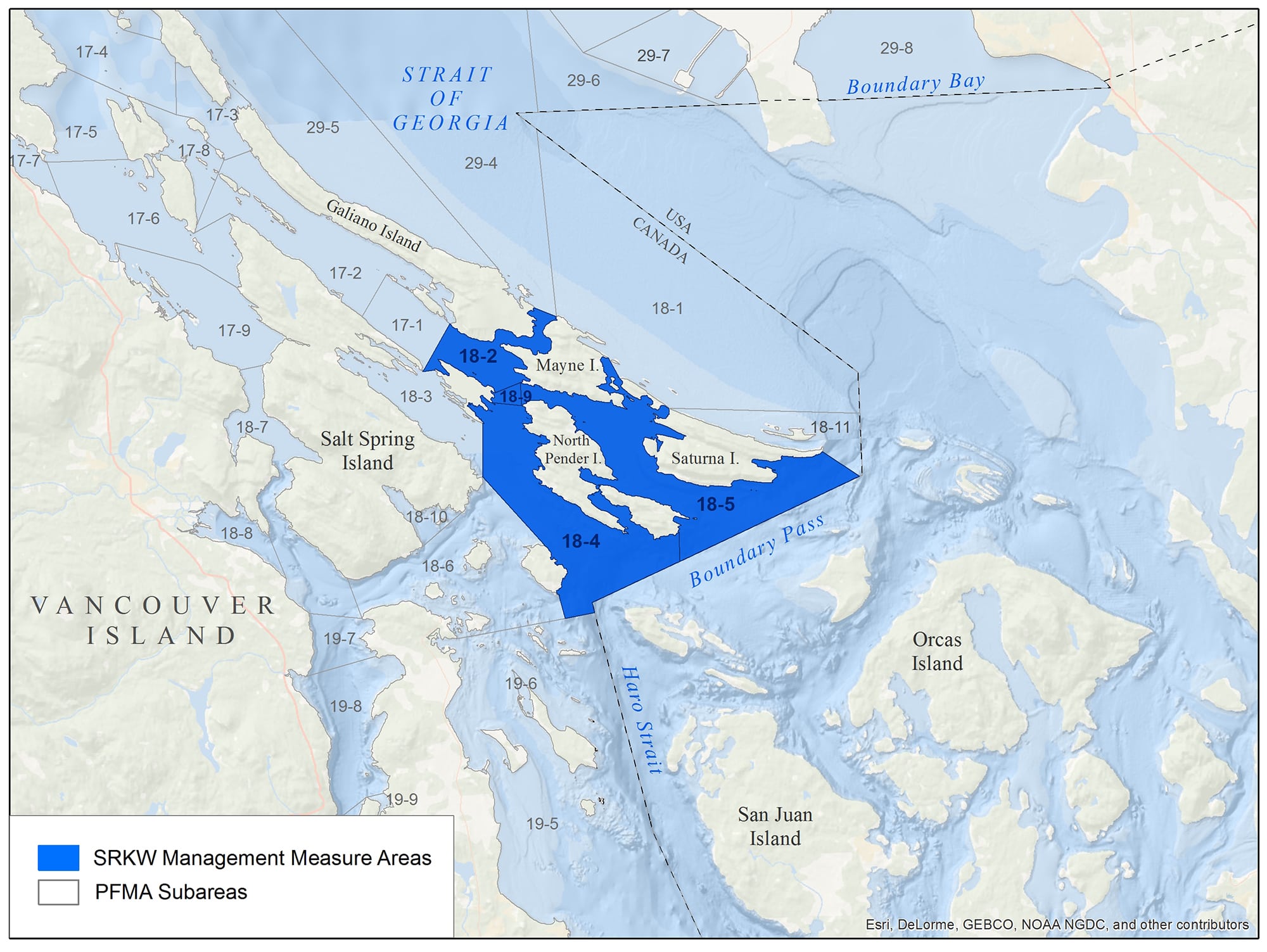 Meanwhile, the three working groups on the Washington State Southern Resident Recovery Task Force (one for each of the top three threats – prey, toxins, and vessels) have met for the first time and started to develop actions and ideas to address those threats.  The next full Task Force meeting will be on June 14th in Lacey, Washington, and over the summer it will work on developing recommendations and a report, to be delivered to Washington Governor Jay Inslee by November 2018.

However, the new summer vessel guidelines and fishing regulations won’t do much for the Southern Residents if the orcas aren’t in the area.  Last year (2017) the number of days the Southern Resident spent in the Salish Sea, their usual summer habitat, was the lowest on record in more than 40 years of observation by the Center for Whale Research (CWR).  This year doesn’t seem off to a good start – Chinook returns to the Fraser River so far in 2018 are already at record lows, and this May was the first one ever with no sightings of the Southern Residents in the Salish Sea, according to data from CWR and San Juan Island research group Orca Behavior Institute.  With no food in their historical summer home, the Southern Residents are traveling elsewhere to search for food.  Earlier in May, a large group was seen off the west side of Vancouver Island, but despite the hopes of everyone anxiously awaiting their return to the San Juan Islands, the orcas did not come into the Salish Sea.

The new vessel guidelines are specific to Southern Resident orcas, but could help other whales in the area if they are applied more widely this summer.  Bigg’s orcas, who hunt seals, sea lions, and other whales, dolphins, and porpoises, have been spending more time in the Salish Sea and increasingly drawing the attention of whale watchers in the area.  Reducing vessel speed and noise could help these stealthy orcas, who primarily hunt by listening for their prey.  And with the return of large whales, including humpbacks, to the Salish Sea, the “Whale Alert” flag could help boaters be on the lookout for all types of whales and operate with extra caution.

Canada’s new fishery regulations may benefit dwindling salmon populations by allowing more to return to rivers, but must be paired with habitat restoration to ensure those rivers are healthy for the returning fish and to support the next generations of Chinook salmon.

With no reports of Southern Resident in the Salish Sea as of June 6th, researchers and conservationists don’t know for sure where the orcas are, or if they are finding enough food.  It’s not the most optimistic start to Orca Awareness Month, which traditionally occurs in June to welcome the whales back to the Salish Sea.  But there is hope to be found in the numerous efforts and actions being developed by Washington and Canada, and the engagement of a concerned public, who know the Southern Residents not only as icons but also as neighbors here in the Pacific Northwest.  As has been emphasized by the co-chairs of the Recovery Task Force, Les Purce and Stephanie Solien, saving the Southern Residents is a community effort, and we must all come together to for the orcas and our shared ecosystem.

The message behind Orca Awareness Month is one of community, hope, and action.  Events throughout the region aim to bring people together, share the story of the Southern Residents, and educate people about how they can help save this unique orca community from extinction.  Actions can range from weighing in on policy, like supporting our Orca Month Call to Action, or making simple changes in your home and everyday actions to help orcas, salmon, our watersheds, and our shared home.  You can be an Orca Hero and Celebrate orcas with us this month and Sound the Alarm to save them! 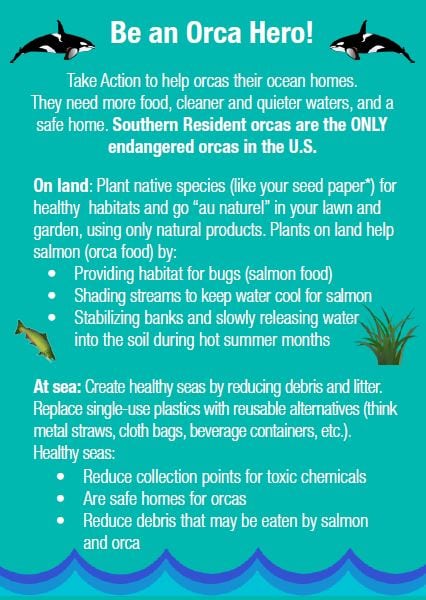