Following their 2014 petition to revise federally-designated critical habitat for the endangered Southern Resident orca population, the Center for Biological Diversity (CBD) has filed a legal notice demanding the National Marine Fisheries Service (NMFS) take action to protect the orcas’ ocean habitat off California, Oregon, and Washington.  The notice points out the unlawful delay by the administration in revising critical habitat.

The Southern Residents orcas live in coastal waters during the winter and spring, and may increasingly be found in this habitat as their usual summer prey, Chinook salmon from Canada’s Fraser River, becomes scarcer and the orcas spend less time in their summer habitat of the Salish Sea. 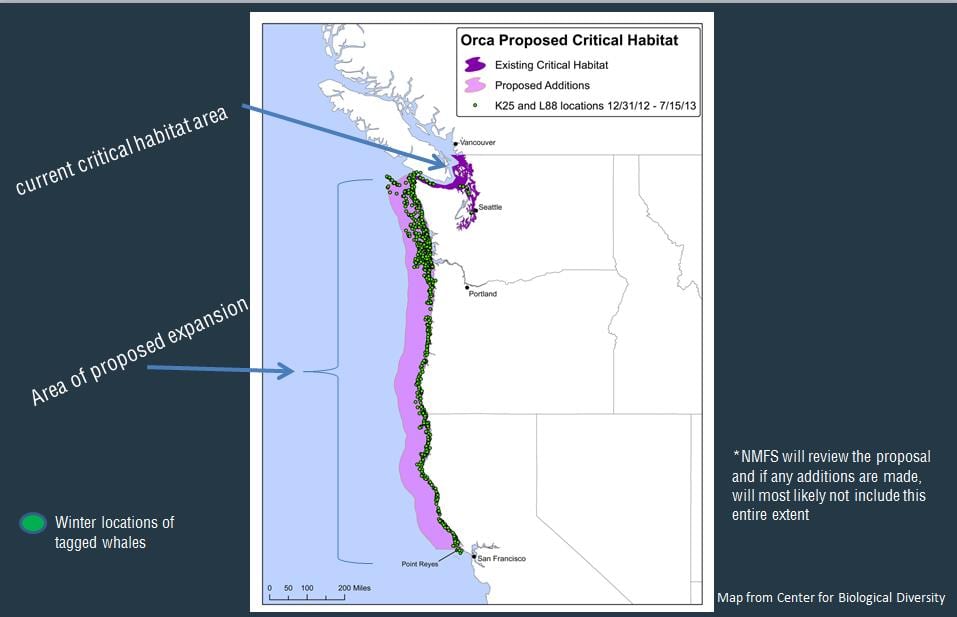 “The Southern Residents simply cannot afford to wait any longer for this much-needed protection,” said Colleen Weiler, WDC’s Jessica Rekos Fellow for Orca Conservation.  “With the looming threats of oil leases, rising vessel traffic, unmonitored activity by the Navy, and increasing development of the Pacific coastline, their ocean habitat must be protected.”

The Southern Resident orcas have just 76 individuals remaining in the wild, the lowest the population has been in more than 30 years.  They are threatened by declines in their preferred prey (Chinook salmon), toxic pollution and risk from oil spills, and acoustic and physical disturbance.

WDC has been supporting the 2014 petition to revise and expand critical habitat and working with CBD and other groups for more than four years.  A collaborative effort in support of an expedited revision resulted in nearly 106,000 petitions calling for immediate action to protect the orcas’ habitat.  WDC is currently encouraging additional public support and pressure on the administration and federal NMFS officials to avoid additional delay.  We look forward to continuing our work with CBD to ensure that the Southern Resident orcas, beloved around the world, have the protection they need to be saved from extinction.

Help WDC continue our work to secure additional critical habitat for Southern Resident orcas by signing on to our letter, becoming a Flippin’ Awesome member or using your change to make change. 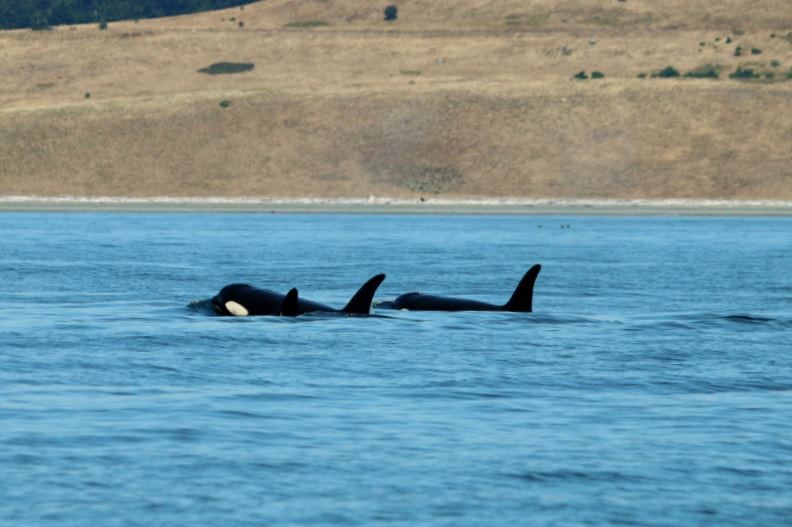