With a mixture of hope, excitement, and nervousness, I tuned in on May 1st to watch the first meeting of the Governor-initiated Washington Task Force for Southern Resident orca recovery.  Many of our colleagues in the Orca Salmon Alliance attended in person, but luckily the meeting was live-streamed so I didn’t have to make the 6-hour drive up to Washington from the Oregon coast.

I am hopeful that this effort will find some real and meaningful solutions to help the endangered Southern Resident orcas, now at a 30-year population low of just 76 orcas left in the wild.  With this startling decline in abundance and a summer when the orcas were noticeably absent from their usual summer feeding area in the Salish Sea, the Southern Residents are truly at a crisis moment.  This has prompted action on both sides of the border for this transboundary population, including Washington’s Southern Resident Recovery Task Force, which has officially kicked off its initial six-month phase to identify and implement priority actions. 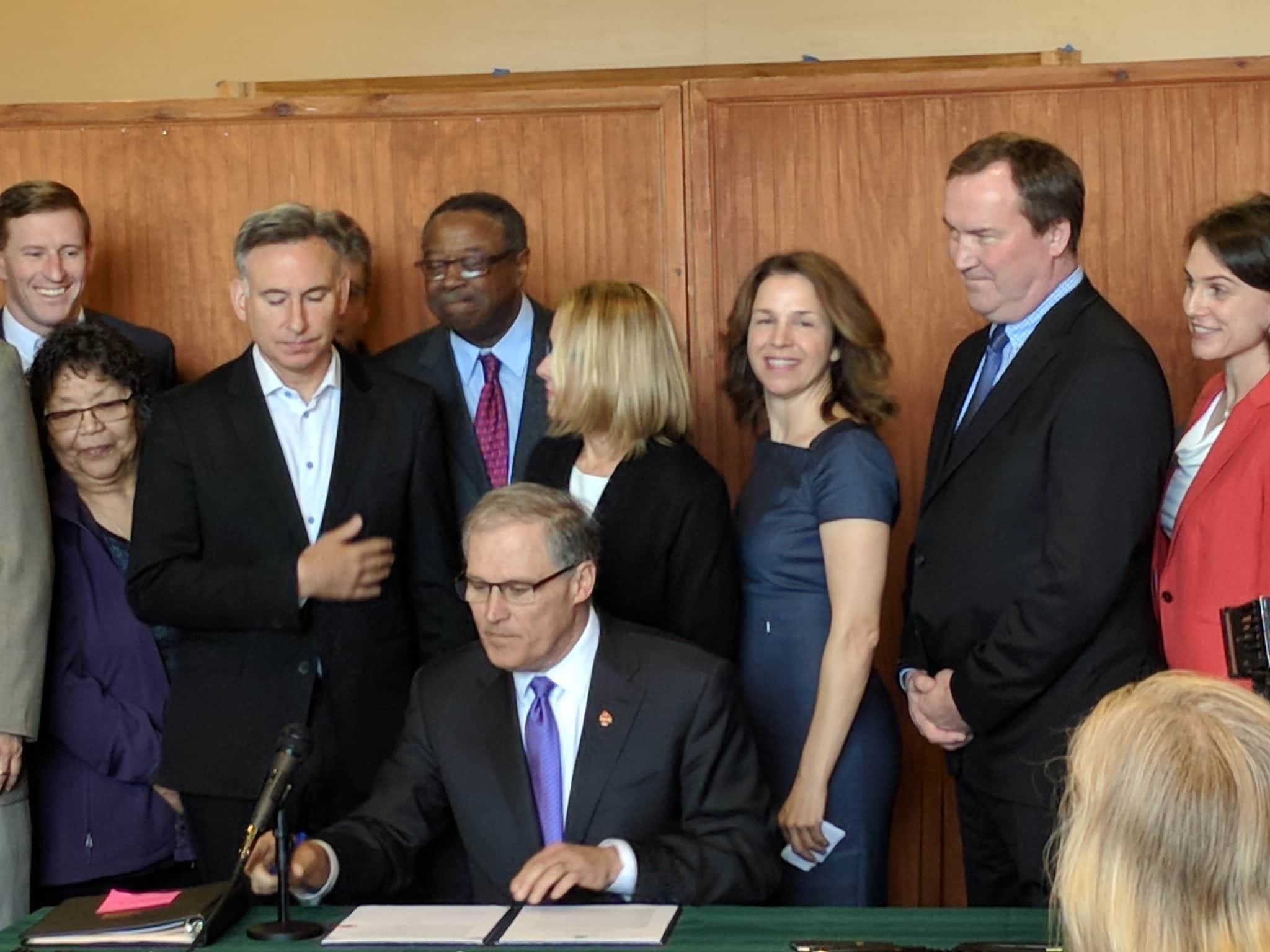 The Southern Residents face a complicated mess of threats, and there is no simple solution or silver bullet to save them.  They need more salmon, cleaner and safer waters, and protection from noise, harassment, and other human impacts.  The Task Force, with members from diverse backgrounds including conservation, science and research, Tribes, and industry will attempt to find state-oriented actions to address these major issues.  Governor Inslee and many others on the Task Force anticipate some hard choices and unpopular decisions as part of the process.  One of those difficult decisions may have already come to pass, with a strong reduction in Chinook harvest in Washington waters.

The Task Force has working groups focused on developing actions specific to the three top threats to the Southern Residents: prey, toxins, and vessel impacts.  Unfortunately, it’s unclear what group will cover the pervasive threat of oil spill (an issue that must be addressed with the potential development of the Kinder Morgan pipeline), and the Task Force doesn’t include a provision for public outreach and education.  Everyone in the Puget Sound region and beyond (including the estimated 1,000 new people moving to the area per week) must understand why these orcas are special, how their individual actions affect them, and what they can do to help save them – including supporting the initiatives that will be developed by the Task Force.

Making me nervous were the two “hot topics” of the first meeting, both focused on prey availability for the orcas: increasing hatchery production and competition for salmon from seals and sea lions.  Some proposals to increase salmon availability for orcas are highly controversial, and more human interference and management may actually cause more harm to the ecosystem.  Any proposed increases in hatchery production must carefully consider impacts to wild salmon populations, prioritize salmon runs important to Southern Resident orcas, and may not even survive to feed the orcas.  With recent ocean conditions unfavorable to salmon, a lack of prey for the salmon themselves, and continued loss of habitat, increasing hatchery fish might just be adding more fish to an ecosystem that can’t support them. 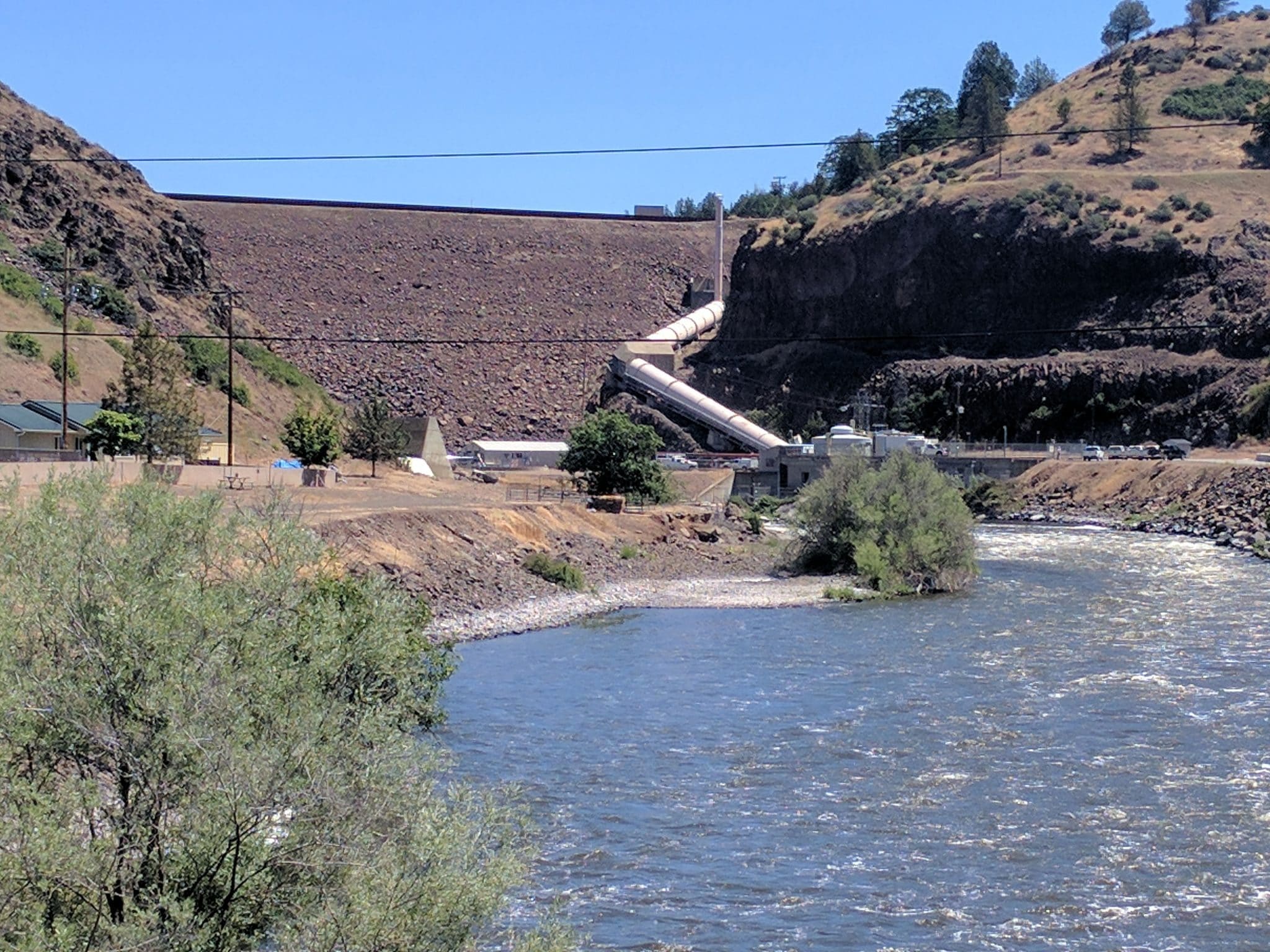 Seals and sea lions do eat salmon, but they also eat a lot of other things, and are not the reason salmon populations have failed to recover in the Pacific Northwest.  They have been receiving increasing blame recently, but as part of a healthy and functioning ecosystem, recovering seal and sea lion populations have important roles in the Salish Sea, and are an important prey resource for Bigg’s orcas, who are now almost a year-round presence in the Salish Sea.  Restoring forage fish abundance (for example, surf smelt, sand lance, and herring) gives both salmon and seals more to eat, and helps bring the Salish Sea ecosystem back into balance.

The Task Force will identify immediate and long-term actions to address the decline of the Southern Residents, and will develop a final report by November 2018.

All the Task Force meetings will be open to the public, and there will be many opportunities for public comment as they move forward.  The Orca Salmon Alliance has developed and submitted an Action Agenda to the Task Force, outlining priority actions we hope the Task Force will consider in the next six months.

These recommendations focus on restoring a healthy, resilient, connected, functional ecosystem to support the immediate and long-term survival of salmon and the Southern Residents.  Continued or expanded reliance on technology and human interference, rather than on ecosystem restoration, is unlikely to meet the needs of salmon, orcas, or people.  (Read the full text of our recommended actions here).

Our upcoming Orca Awareness Month will help increase continued public education and engagement.  With multiple events throughout the region – Oregon, Washington, and British Columbia – we will reach thousands of people with the story of the Southern Residents and what we can do to save them, through regulations and simple actions we can take on a daily basis. 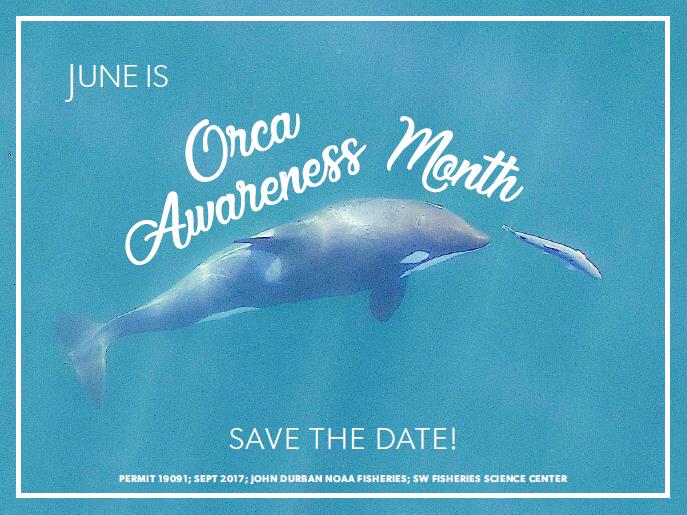 The Task Force has its work cut out for it, and WDC and OSA are excited for the next steps and hopeful we can find some real solutions to help the Southern Resident orcas.  I was glad to see a range of topics flagged for further discussion, including habitat issues in the Columbia and Snake River system, the need to engage the entire region (including Oregon and British Columbia), the importance forage fish and their habitat, and considering human impacts to the entire ecosystem, from coastal areas to small tributary streams.