Looking back on the start of my previous dolphin seasons it looks like we are not too far short of “normal” as far as dolphin numbers that have been seen goes. It has been a bit patchy though, with four or five of the very local dolphins being seen sometimes during rising tides and sometimes only one or two – but further out towards Cromarty and beyond, things are livening up nicely with our friend Sarah at Ecoventures in Cromarty seeing not only adoption dolphins Moonlight and Mischief but also a few days ago young “Spirtle” who stranded herself on a beach a few years ago and was badly sunburned.
April into May is when we expect to encounter more and more dolphins that we know well as the migratory salmon run picks up a bit of pace and the dolphins arrange themselves around the area at specific places like Chanonry Point, the Kessock Channel and Spey Bay to get the maximum chance of catching fish. Getting the photographs of the dolphins dorsal fins (like Kesslet below) and checking them off one by one against Aberdeen University’s Photo Identification catalogue has been compared to train spotting by some people – but as far as I’m concerned it is part and parcel of my working year and a fundamental part of the studies done with this population of wild, free dolphins…the way they all should be. 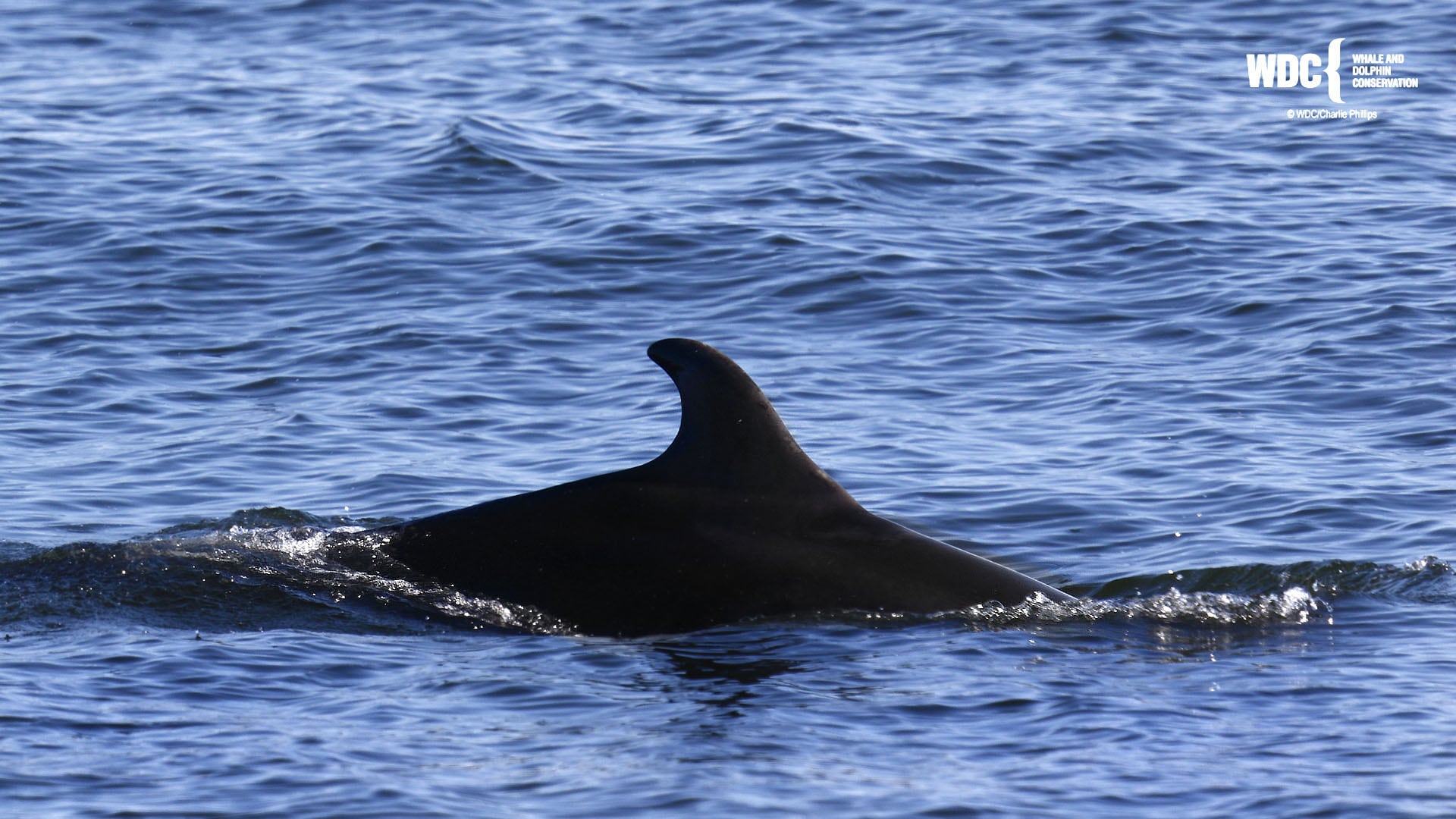