WDC’s Scottish Dolphin Centre relies on its volunteers to keep it running. Jack Farge is one of our brilliant residential volunteers, and in his guest blog he talks about his experience so far, and why you really should come and visit! (The views and opinions expressed by our guest bloggers are those of the author, and do not necessarily represent those of WDC. )

Volunteer Life at the Scottish Dolphin Centre
As a residential volunteer at the Scottish Dolphin Centre I’ve thoroughly enjoyed my first two months at Spey Bay, Moray. Just like the five other volunteers I live and work with, I am passionate about pursuing a career in conservation. Whilst I was elated when I found out that I had been accepted for the role, following in the footsteps of other volunteers who have gone on to do amazing things in the sector, moving to Moray was a big change from my life in suburban Essex. Naturally, I was anxious about what the move would bring.

I needn’t have been. I settled in straight away, and I honestly can’t think of a time when I have felt more content. My intention with this blog is to share with readers what makes the Scottish Dolphin Centre such a special place to visit. 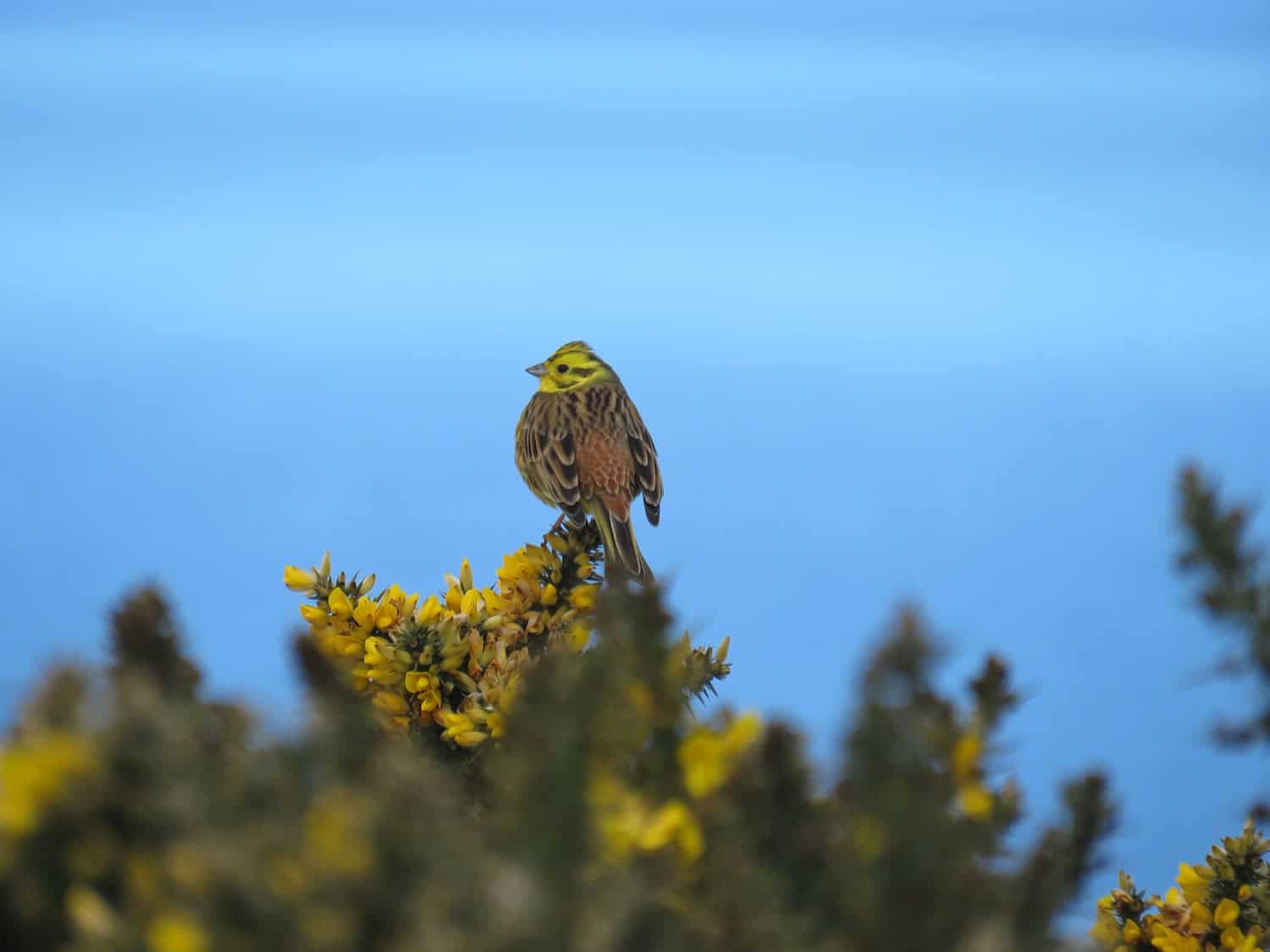 The People
Our first few weeks in Spey Bay were filled with training, through which we received a comprehensive overview of WDC’s work and our roles. During this time volunteers and staff got to know each other. We were welcomed by our new colleagues right away and it was clear that we had entered a really wholesome working environment. As an outdoorsy person I never thought that I would look forward to working office days, but I do here!

The other residential volunteers I live with are great fun as well. Fires on the beach, house meals, and strangely enough; games of pick up sticks allowed us to get to know each other quickly. Friendly local volunteers complete the family atmosphere that is fostered at the Centre. 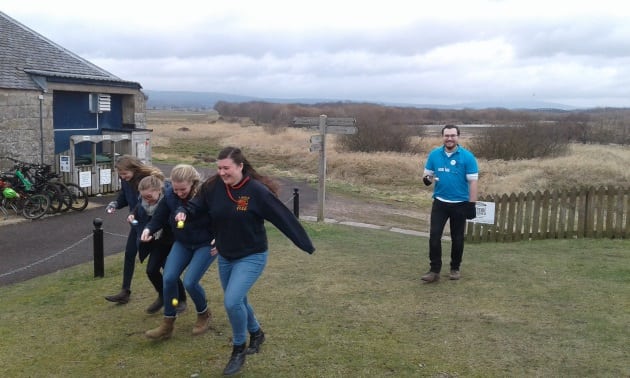 The Area
On the drive up through the Cairngorms I knew that my wildlife watching/outdoor pursuit hobbies were going to be well satisfied during my time here. The views were breath-taking, and I had a lovely sighting of a golden eagle.

Indeed, on our days off we have an endless amount of incredible places to explore, some of which are right on our doorstep at the mouth of the River Spey. I feel privileged to live next to a river, woodland, and beach and intend to make the most of it! I have already seen species I had never before encountered, such as osprey. These birds travel here all the way from Africa every April to feed their chicks on the plentiful supply of fish in the river. To see an osprey with a salmon in its talons, being harassed by gulls, is a sight to behold.

As well as walking along the River Spey, exploring the coastal path is a great way to get to grips with the area. Heading West towards Lossiemouth there are pine forests and sandy beaches. Not far from Lossie is a cracking spot for wildlife watching called Spynie Loch. Here, I ticked off another species I had never seen before; red squirrel!

To the East there are stunning cliffs, such as at Troup Head; Scotland’s largest mainland gannet colony. My first attempt to visit Troup Head was a bit of a disaster. This was back in early March where there was still a lot of snow, and my little Hyundai was no match for ten foot snow drifts and I was forced to turn back. However, my second attempt was a success. Gazing at the soaring sea birds was a magical experience that I shall not forget. Nor shall I forget the intoxicating smell of guano (their poo) that filled the air! 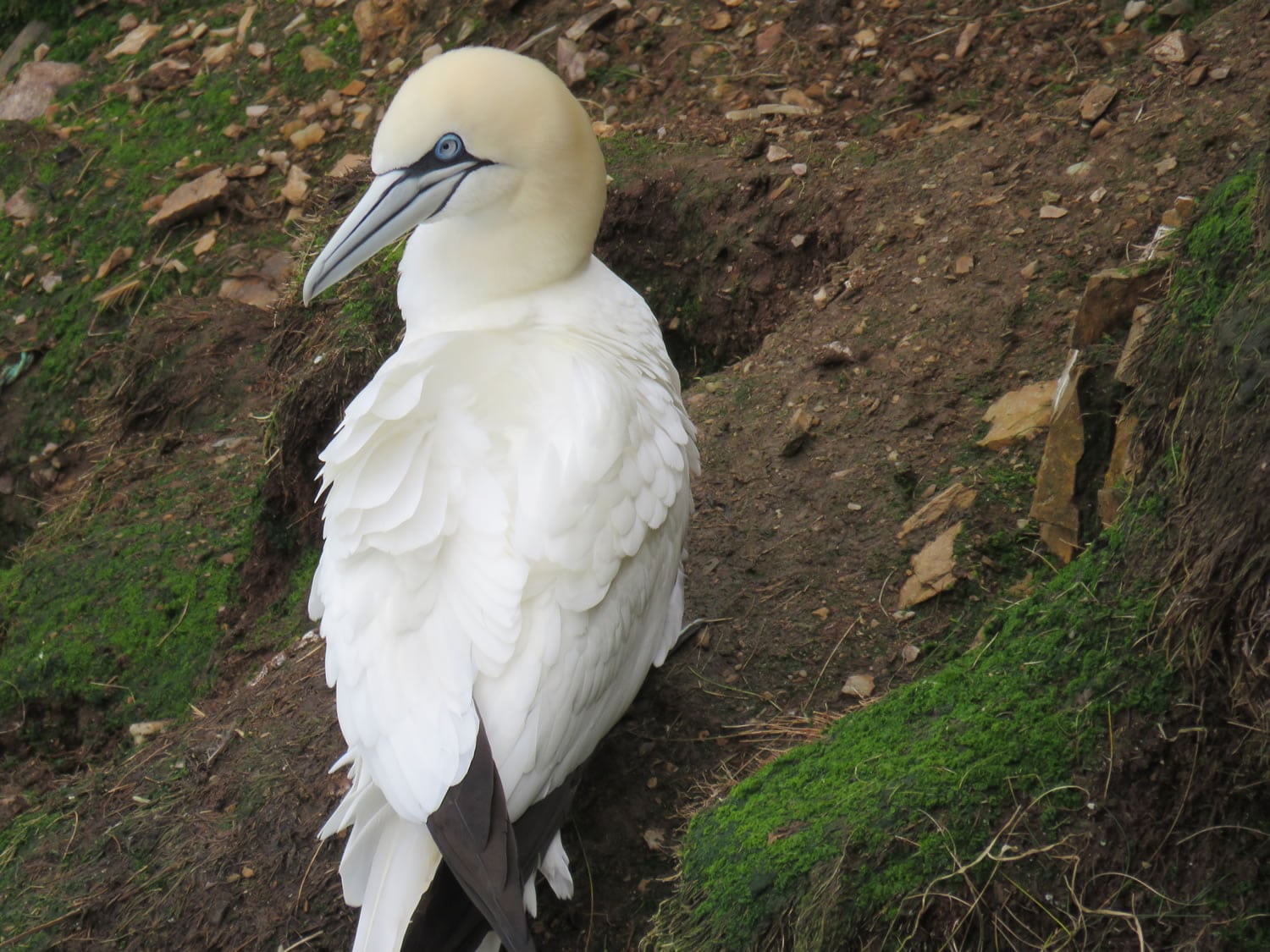 Dolphins
I knew that ‘Scotland is one of the best land-based dolphin watching hot spots in the world’ having seen Simon King’s quote on the Scottish Dolphin Centre’s website, but I’ve been amazed by the frequency of sightings at Spey Bay.

My first time seeing the bottlenose dolphins here is another memory that will stay with me. It was raining and blowing a gale, but they were close in putting on a fantastic display; demonstrating their immense power and size by breaching clear out of the water. In more recent weeks we have seen some dolphin calves. They are adorable, learning the ropes from their elders. It is amazing to see them poke their heads out of the water, ‘spy-hopping’ to get a better view of what’s above the surface. 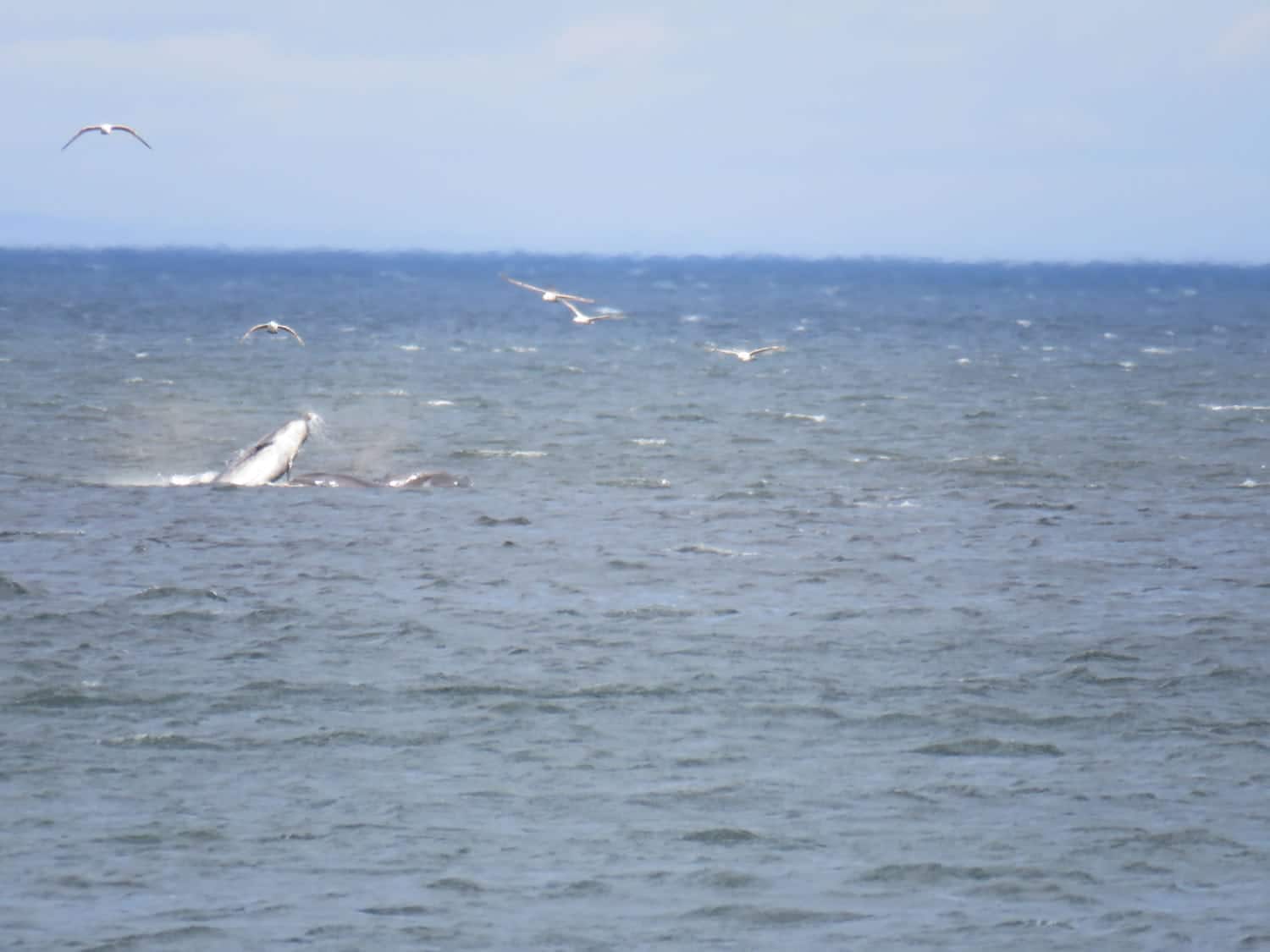 Working at the Centre

Spending time front of house in the shop and exhibition centre is a part of the job I relish. It gives me the opportunity to have fascinating chats on a range of topics with people from all walks of life, whilst spreading the message of the work of WDC. You never know who you’re going to meet or where a conversation is going to go which is great!

Working front of house I also run tours of the ice house. This tour provides an overview of the salmon fishing history embedded in the local area, as well as the wildlife to be found around the Spey and Moray Firth. It is a special feeling when you can tell that visitors are really engaging with what you’re telling them. Similarly, I enjoy leading wildlife walks. Connecting people with nature is an integral part of conservation, so I feel as though I’m really making a difference.

The Scottish Dolphin Centre has only been open for a few weeks, but the 2018 season is set to be a good one. Come and see for yourself what an amazing place this is.

Posted in Blogs & Articles and tagged Scottish Dolphin Centre
Preferences
We use cookies to help give you the best experience on our website and information about how you can support us.
Manage options Manage services Manage vendors Read more about these purposes
View preferences
{title} {title} {title}