March 28, 2018- Canadian officials announced today they will reinstate or implement new measures to protect the remaining critically endangered North Atlantic right whales. In the past 11 months, at least 18 right whales died with 12 of these whales dying in only a three month period in Atlantic Canada. The remaining six were found along the US east coast. Based on the results of necropsies (animal autopsies), the leading causes of death were entanglements in fishing gear and vessel strikes.

Canada’s Fisheries Minister Dominic LeBlanc and Transport Canada Minister Marc Garneau have now outlined a series of measures to reduce the risk of entanglements and vessel strikes to right whales in the Gulf of St. Lawrence:

Earlier this month, the Marine Stewardship Council suspended its sustainable seafood certification of Gulf of St. Lawrence snow crab in response to multiple fatal entanglements of right whales in the fishery. Fewer than 450 North Atlantic right whales remain and the population has been in decline since 2010 as a result of human activities.  Tragically, no new calves have been born to the population this year, further raising concerns for the recovery of the species.

“The Canadian measures announced today are a substantial step toward saving this species”, said Regina Asmutis-Silvia, WDC-NA executive director. “Saving North Atlantic right whales is not complicated; we just need to stop killing them faster than they can reproduce. It’s your move U.S.”

Since its incorporation in 2005, WDC’s North American office has run a dedicated program to save this imperiled species and worked to implement protective measures to save right whales from those threats. If you would like to help save North Atlantic right whales from extinction, please consider donating to support the work of WDC. 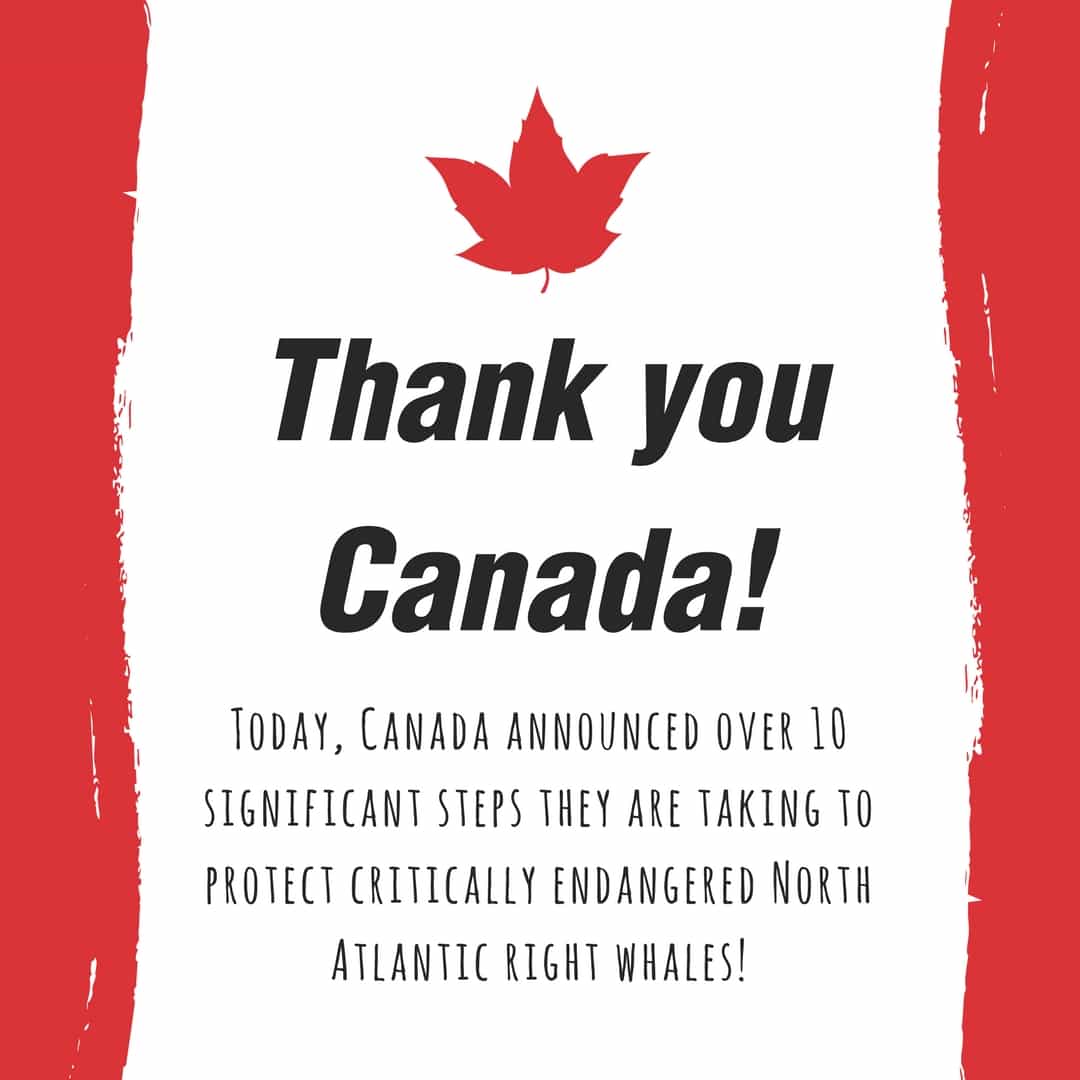