Last week, WDC was invited to participate in Woods Hole Oceanographic Institution’s workshop on reducing entanglements to critically endangered North Atlantic right whales. At this workshop, engineers introduced developing technologies for remote gear retrieval, which means a method for fishing that doesn’t use rope connecting the lobster trap at the ocean floor to the buoy at the surface, called “vertical lines”. Eliminating vertical lines in the water column would drastically reduce the risk of whales becoming entangled in fishing gear but additional research is needed for it to be a functioning and practical solution.  Workshop discussions included the need to overcome a number of challenges to the use of “ropeless” gear such as conflicts with gear of other fisheries, changes to current legal gear requirements, and the high cost of this emerging technology.

Several types of remote release technologies were showcased for workshop participants including one which is currently operationally in use in Australia.  It is a little complicated to explain, but this video illustrates what is being used: 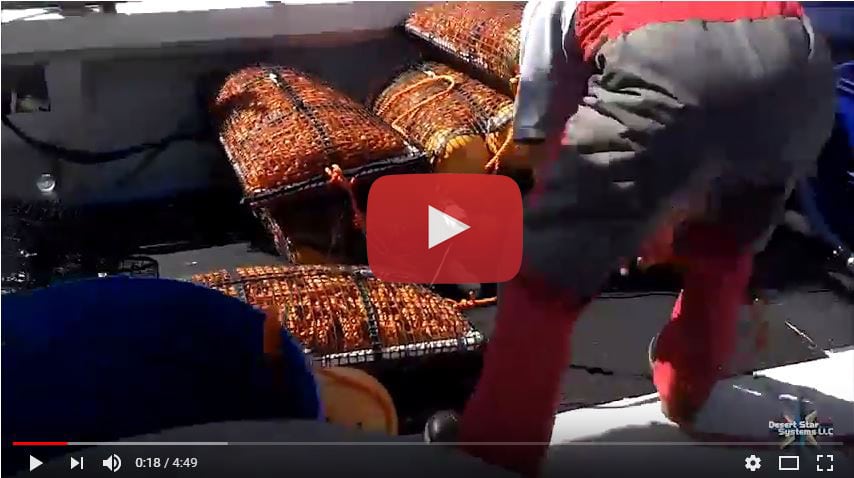 As a member of the federally appointed Take Reduction Team, WDC is excited at the advances in acoustic release, or so-called “ropeless” gear which would allow fishing and whales to safely co-exist.  “This is not yet ready for prime time” said Regina Asmutis-Silvia, WDC’s North American executive director, “but with North Atlantic right whales on the brink of extinction, we need to work with the industry to take this from a promising concept to operational.”

North Atlantic right whales are a critically endangered species for which fewer than 450 remain. Tragically, since April of 2017, over 4% of North Atlantic right whales have been killed, primarily as a result of fishing gear entanglements and vessel strikes.   In human terms, a similar loss would mean the deaths of more than 304 million people in a matter of weeks – that would be approximately 94% of the entire US population.

The need for whale populations to recover is increasingly coming to light as emerging research underscores the critical role whales play in sustaining fish stocks and fighting climate change.  WDC is committed to continuing to work with its partners to ensure that right whales will not only survive, but thrive, and do their jobs as ecosystem engineers.

WDC is excited to see progress being made in ropeless fishing, as well as cooperation among fishermen, scientists, and conservationists. We are working towards a solution before it is too late for North Atlantic right whales.

To help us continue this important work, consider contributing to our Fighting Fund.