Following an announcement this week by Japan that it intends upgrading its ageing lead whale hunting ship, Japan’s prime minister has made his intentions clear regarding a desire to resume commercial whaling.

Currently, Japan gets around the international ban on commercial whaling by killing whales under the guise of scientific research despite the fact that this scientific whaling has been heavily criticised by expert scientist at the International Whaling commission (the body that regulates whaling), by the International court of Justice, the EU parliament and by the International Union for Conservation of Nature (IUCN) – the global authority on the status of the natural world. Much of the whale meat from these ‘scientific’ hunts actually ends up on general sale in Japan.

On Wednesday, prime minister, Shinzo Abe confirmed his government’s commitment to an eventual resumption of commercial whaling. When asked to comment on the nation’s policy he told the Japanese parliament; ‘We will pursue all possibilities in order to resume commercial whaling, including opportunities at the September meeting of the IWC.   He then went on to say that he ‘favoured a continuation of Japan’s traditional use of whale meat, fat, and baleen in a sustainable manner based on scientific evidence, just like other marine resources.’

The Japanese whaling fleet left port for Antarctica last November to kill up to 333 Antarctic minke whales by next March for ‘research’. 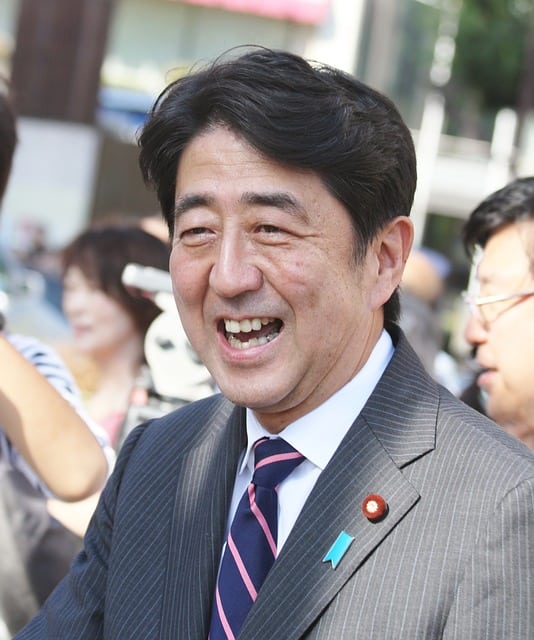 This announcement comes at a time when the European union is finalising talks on the new Economic Partnership Agreement between the two parties. WDC has been campaigning to make whaling a central part of any trade discussions with Japan and we are continuing to work with, and urge EU Member States and the European Parliament not support the trade agreement whilst Japan continues to slaughter whales. Our campaign took a positive step forward a few weeks ago after representatives from WDC were invited to talk directly with the EU representatives.