Our friends at online gaming channel, The Yogscast, have done it again with another record breaking donation to support the work of WDC.

With the help of their generous fans all across the world and support from online games retailer, Humble Bundle, and streaming platform, Twitch, The Yogscast’s 2017 Jingle Jam  Christmas fundraiser raised a total of $5.2m for charity, with a whopping donation of almost $600k being made to WDC to support our vital work keeping whales and dolphins safe and free.

The “Jingle Jam”, is a charity event run by Yogscast that runs throughout each December. Professional gamers and other members of the Yogscast broadcasts live on the streaming service, Twitch encouraging fans to buy a bundle of amazing video games with all the proceeds going to a small selection of hand-picked charities.

WDC’s partnerships manager, Abbie Cheesman, said: “This is the biggest donation that WDC has ever received, and a fantastic way to celebrate our 30th anniversary year. Times are challenging for whales and dolphins, with the continuing threats of captivity, accidental entanglement in fishing gear and hunting as well as the new menace of ocean plastic pollution and this donation is a much needed boost to our efforts. We can’t thank the team at Yogscast, the developers and publishers who kindly donated their games and everyone who bought the Bundle enough for your continued and completely marvellous support – thank you!”.

In 2017, WDC gave The Yogscast the honour of officially naming one of the bottlenose dolphins that WDC helps to monitor and protect in the Moray Firth, Scotland. The team chose the name ‘Honeydew’ for an impressive-looking male dolphin, after the nickname for Simon – one of The Yogscast’s founder members. We are pleased to report that Honeydew was spotted several times, safe and well, by WDC Field Officer Charlie Phillips in 2017, including bow riding a ship entering Cromarty!

Are you a gamer keen to support WDC’s work? Find out more about fundraising for WDC as part of our Gamers for Orcas event on April 14th 2018. Click here for more information. 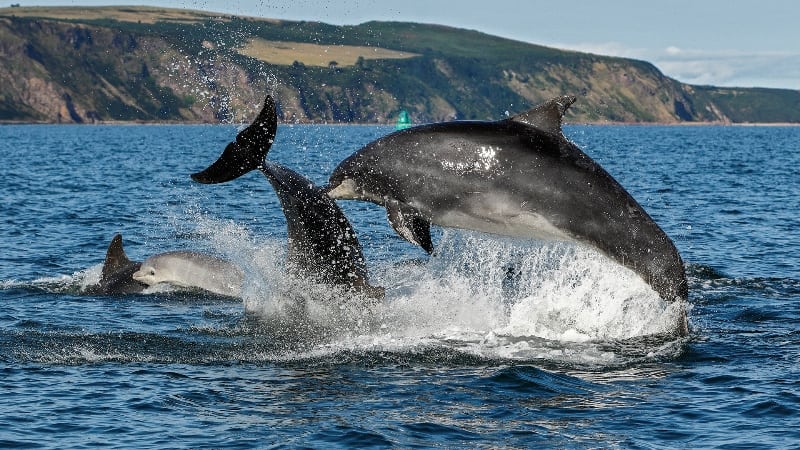 Are you a developer, publisher or streamer keen to know more about WDC’s work in the industry and explore opportunities to work together? Email our Partnerships Team on corporates@whales.org