This unique community of orcas resides off the west coast of the United States and Canada, and the top three threats to the population are recognized as prey depletion, toxic contamination, and vessel impacts.  The 2011 regulations, put in place following the Endangered Species Act (ESA) listing of the Southern Residents in 2005, include a minimum approach distance and limits on vessel movements around orcas.

This review compares vessel behavior for the five-year periods before and after the regulations were put into place.  The reviewers found that targeted education and outreach about the new regulations improved awareness and compliance; that the presence of enforcement vessels was key to ensuring compliance; and that the average distance between vessels and the whales had increased following the regulations, possibly reducing impacts on the whales.  In an economic analysis, NOAA found that there were no considerable effects on boat-based whale watching in the region, and that the industry had actually grown since the regulations were enacted.

While these findings are encouraging, WDC believes the regulations do not yet provide enough protection for these vulnerable whales.   The memorandum concluded that despite some indication that the regulations had improved conditions for the whales, vessel impacts continued and some risks possibly increased.  Sound levels in particular, which can mask the orcas’ echolocation and communication, were highly variable and did not show a consistent decline.  Research on sound received by the Southern Residents has indicated that many variables can change the amount of noise emitted from vessels, and vessel speed has the biggest impact on noise levels.

“This report shows that responsible whale watching can exist and even thrive while following protocols to protect whales,” said Colleen Weiler, the Rekos Fellow for Orca Conservation at WDC.  “However – are they enough?  There are no clear benefits to the Southern Resident orcas, who desperately need swift and smart action to save them from extinction.”  Weiler hopes that NOAA utilizes the report findings to refine vessel regulations to help the Southern Resident orcas.  “This is how adaptive management should work – we err on the side of the whales, and learn, change, and update as needed.  The current regulations are a starting point, and we can improve from here.” 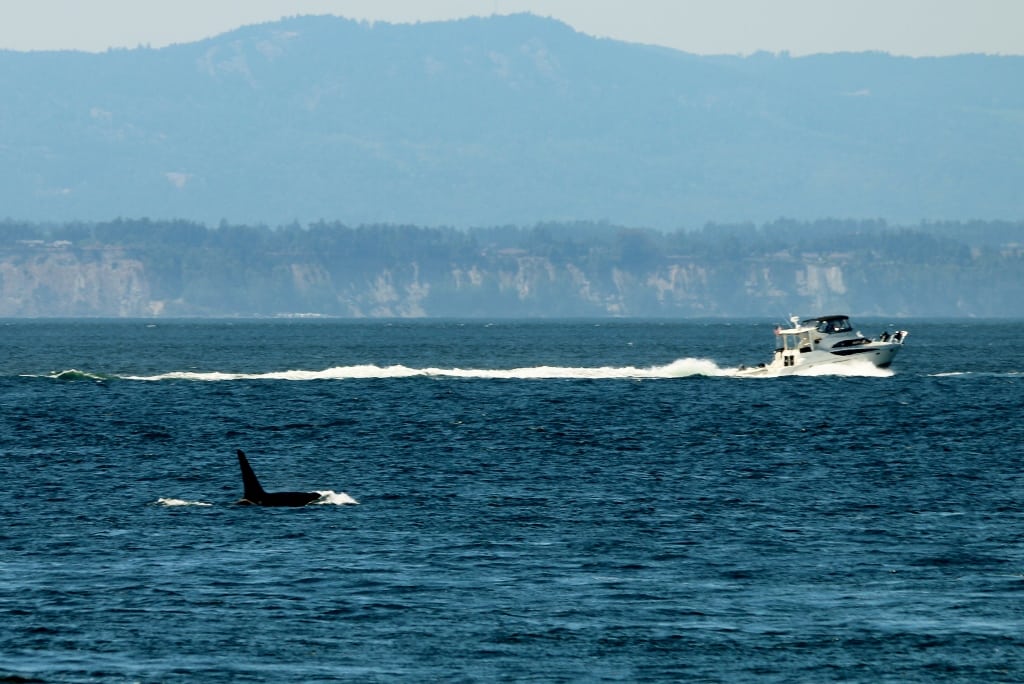 Posted in News and tagged Boat traffic, Southern Residents, Whale watching
Preferences
We use cookies to help give you the best experience on our website and information about how you can support us.
Manage options Manage services Manage vendors Read more about these purposes
View preferences
{title} {title} {title}