The deaths of dozens of endangered dolphins that have died off the coast of Brazil in just over a month, has been blamed on an a outbreak of “cetacean mobillivirus” which can damage a dolphin’s immune system, according to scientists from the School of Oceanography at the State University in Rio de Janeiro.

Nearly 200 Guiana dolphins, also known as Sotalia or gray dolphins, have been found in the worst mass death of the dolphin this decade.

Guiana dolphins grow to around 1.5 m in length and are usually found in small groups of only a few individuals. They are extremely sociable and perform impressive acrobatics, including spy hopping, lobtailing, flipper slapping, and porpoising. A closely-related species that lives in the Amazon and Orinoco rivers of South America is known as the tucuxi which is almost identical but smaller in size. 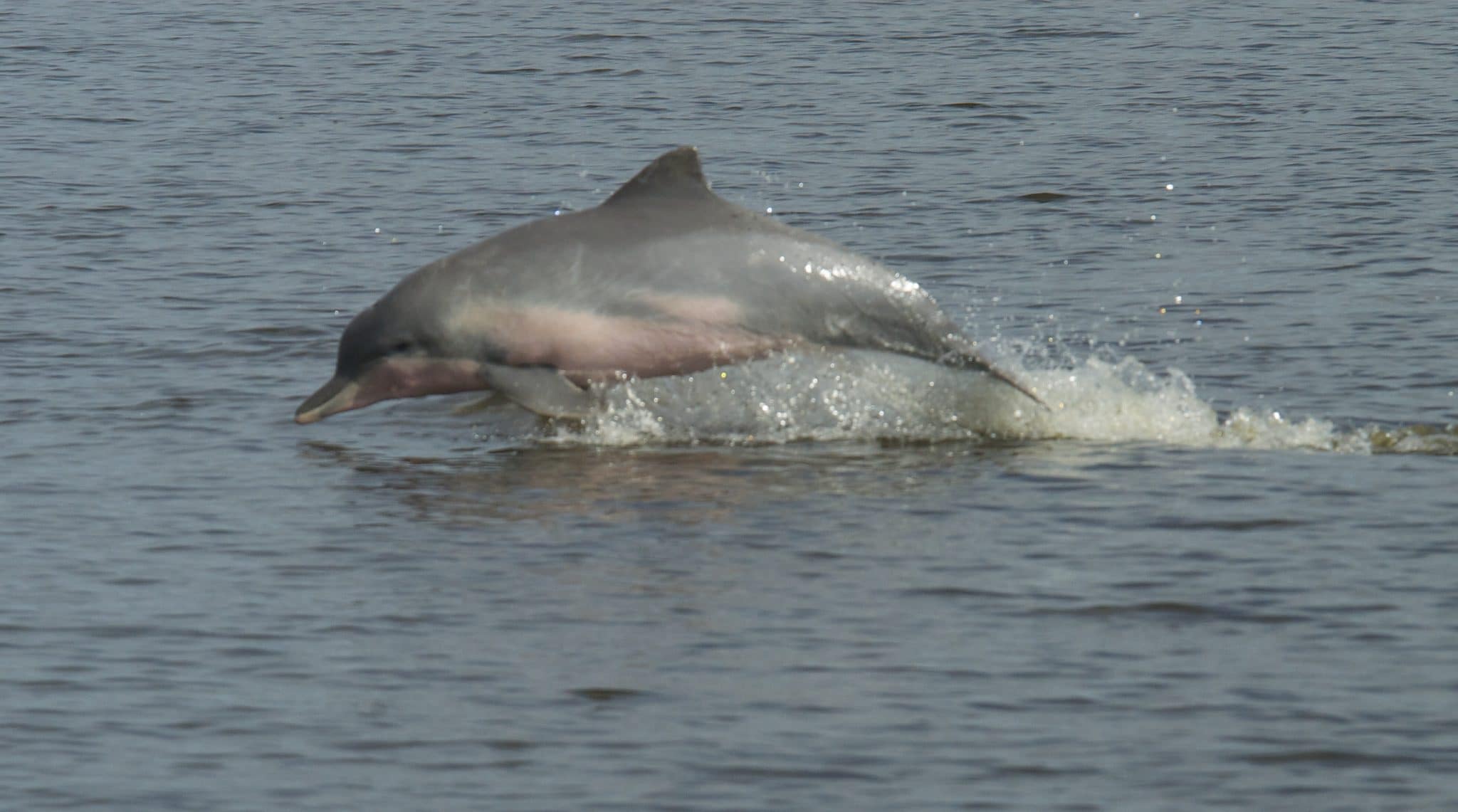 Two decades ago there were around 2,500 of these dolphins, now we are down to just 800 individuals. Despite this being a very industrial bay, researchers have found no contamination of the water to-date. Cause of death will have to be confirmed but it is possibly as a result of a disease caused by a virus or bacteria given the appearance of pox-like marks on the skin of the dolphins.

Please make a donation to help WDC protect whales and dolphins. Thank you.