The discovery of yet another dead endangered North Atlantic right whale off Virginia brings the loss to a total of 18 dead since April, a devastating blow to the species during a year when only five calves were born.

While 12 of the deaths occurred in Canadian waters between June and September, this latest mortality is the fifth known to occur in US waters off the coast of Cape Cod.

Recently published research confirms that the species has been in decline since 2010 as a result of human impacts.  With fewer than 450 remaining, researchers estimate certain extinction within 23 years unless threats to the species are drastically reduced.

Right whales were once driven to near extinction due to commercial whaling and now once again face extinction as a result of vessel strikes and entanglements in fishing gear. 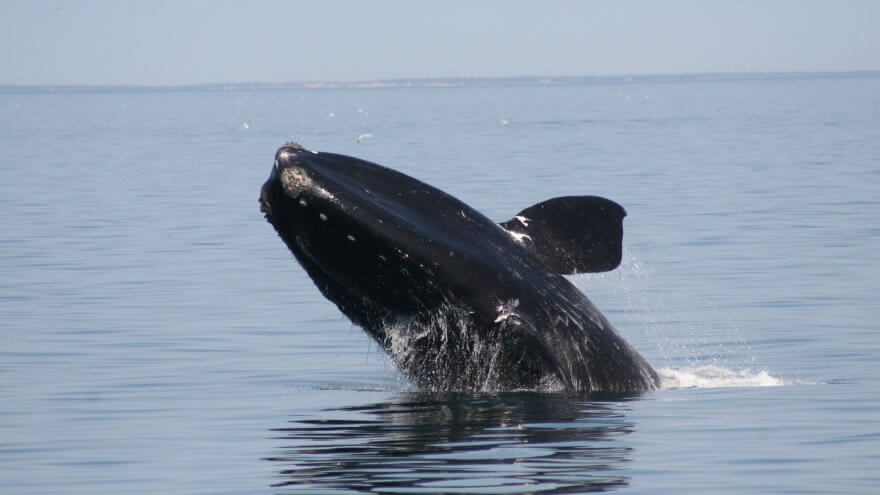 According to Regina Asmutis-Silvia, WDC-NA executive director, “It’s pretty clear that if we do nothing we have condemned a species, on which we depend, to extinction… ultimately dooming our own existence.”

What WDC is doing:

Since its incorporation in 2005, WDC’s North American office has implemented a program specifically dedicated to the continued survival of the critically endangered North Atlantic right whale, a project which the Patagonia Outdoor Clothing and Gear company has helped to support since 2010.

Help us save this species – donate today

Posted in Blogs & Articles and tagged Boat traffic, Bycatch, Homes for Whales and Dolphins
Preferences
We use cookies to help give you the best experience on our website and information about how you can support us.
Manage options Manage services Manage vendors Read more about these purposes
View preferences
{title} {title} {title}