Will you make a donation to help us stop dolphins being killed for meat? Thank you.

The plight of the large whales at the hands of commercial whalers both historically and currently, is well documented. As a result of intensive and unregulated hunting, population figures plummeted, some even went extinct (the north east Atlantic population of the north Atlantic right whale) and only with the protection afforded by the moratorium on whaling in 1986 have some of these species slowly started to recover.

However, the hunting of small whales and dolphins, although illegal in many countries, remains mostly unregulated and therefore the true scale of the problem remains unknown. As a result, there is serious concern over the emerging evidence of a conservation problem on a scale similar to that for large whales now affecting small whales and dolphins – their often overlooked cousins. 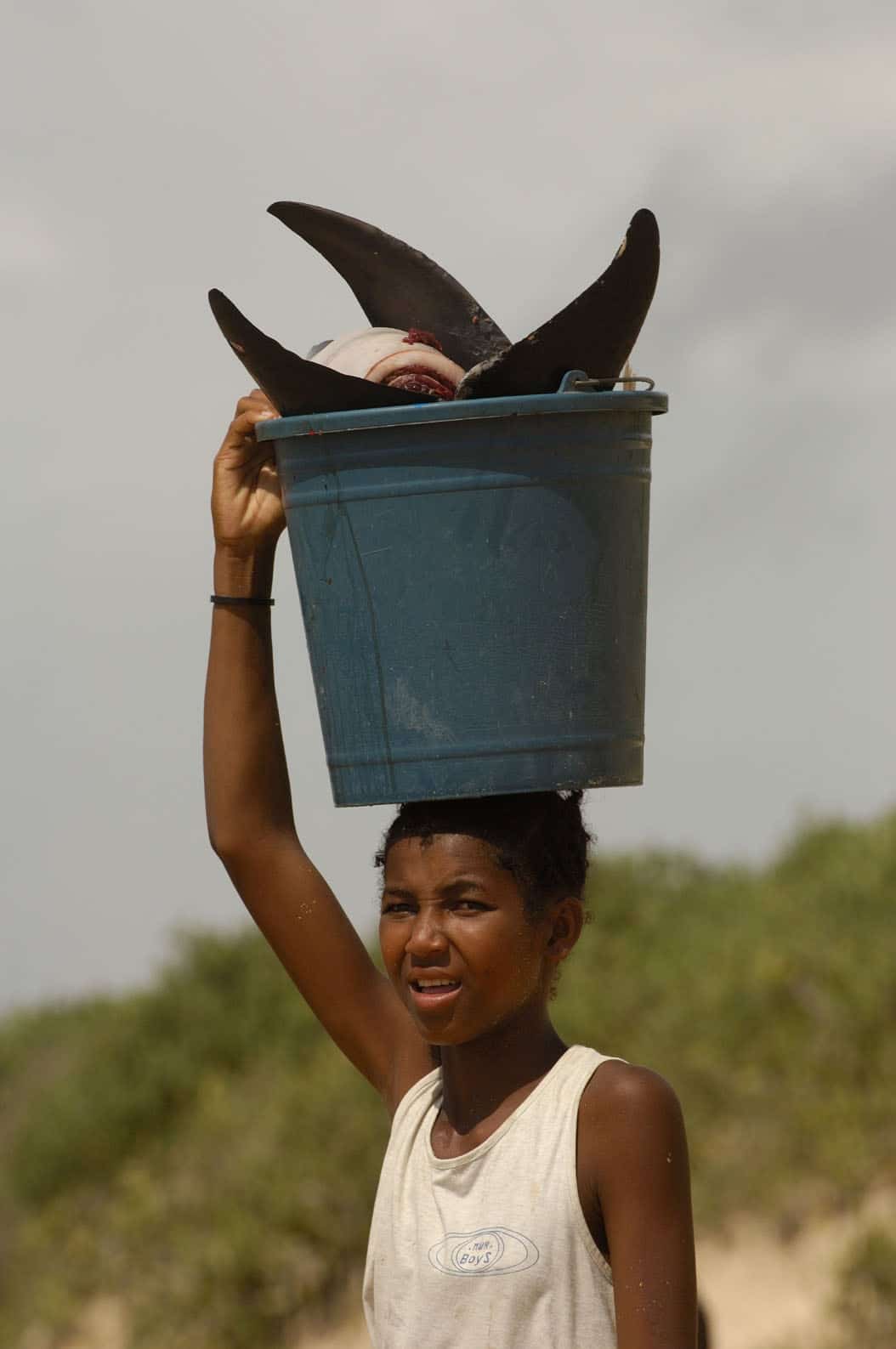 Since 1990, people in at least 114 countries consumed one or more of at least 87 species of marine mammal, however only a few percent of the small whales, dolphins and porpoises actually consumed will ever be reported in official reports due to the illegal nature with much of the trade driven underground. Any available information determining the extent of the problem therefore are widely accepted as a significant underestimate.

The public are mostly aware of the IWC regulated subsistence hunts in Greenland, Russia and Canada as well as the hunts in both Japan and the Faroe Islands where, unlike other countries, the directed take of small whales and dolphins is allowed. The numbers however are jaw-dropping.

The hunts in Japan are well documented (whether small-type coastal whaling, hand-harpoon or drive hunts), with approx. 17,000 – 20,000 dolphins slaughtered every year. That’s more than half a million small whales, dolphins and porpoises in the past 25 years! There is also mounting evidence that a number of the exploited populations (for example Dall’s porpoise and bottlenose dolphin) are significantly depleted; and earlier this year, authorities in Japan added two more species to the list of “allowable takes”. Japan therefore, not surprisingly, accounts for the largest consumption of small whales, dolphins and porpoises based on both the number of individuals and the variety of species (32) consumed.

The number of individuals taken in the Grindarap in the Faroe Islands can range anywhere from no individuals hunted in 2014 to the 1,691 documented so far for 2017. There is speculation that one of the reasons for this latest increase in numbers is that it is in retaliation to the increased pressure from environmental groups, however when over 16,000 individual short-finned pilot whales, Atlantic white-sided, Risso’s and bottlenose dolphins are slaughtered since 2000, outrage is hard to contain. 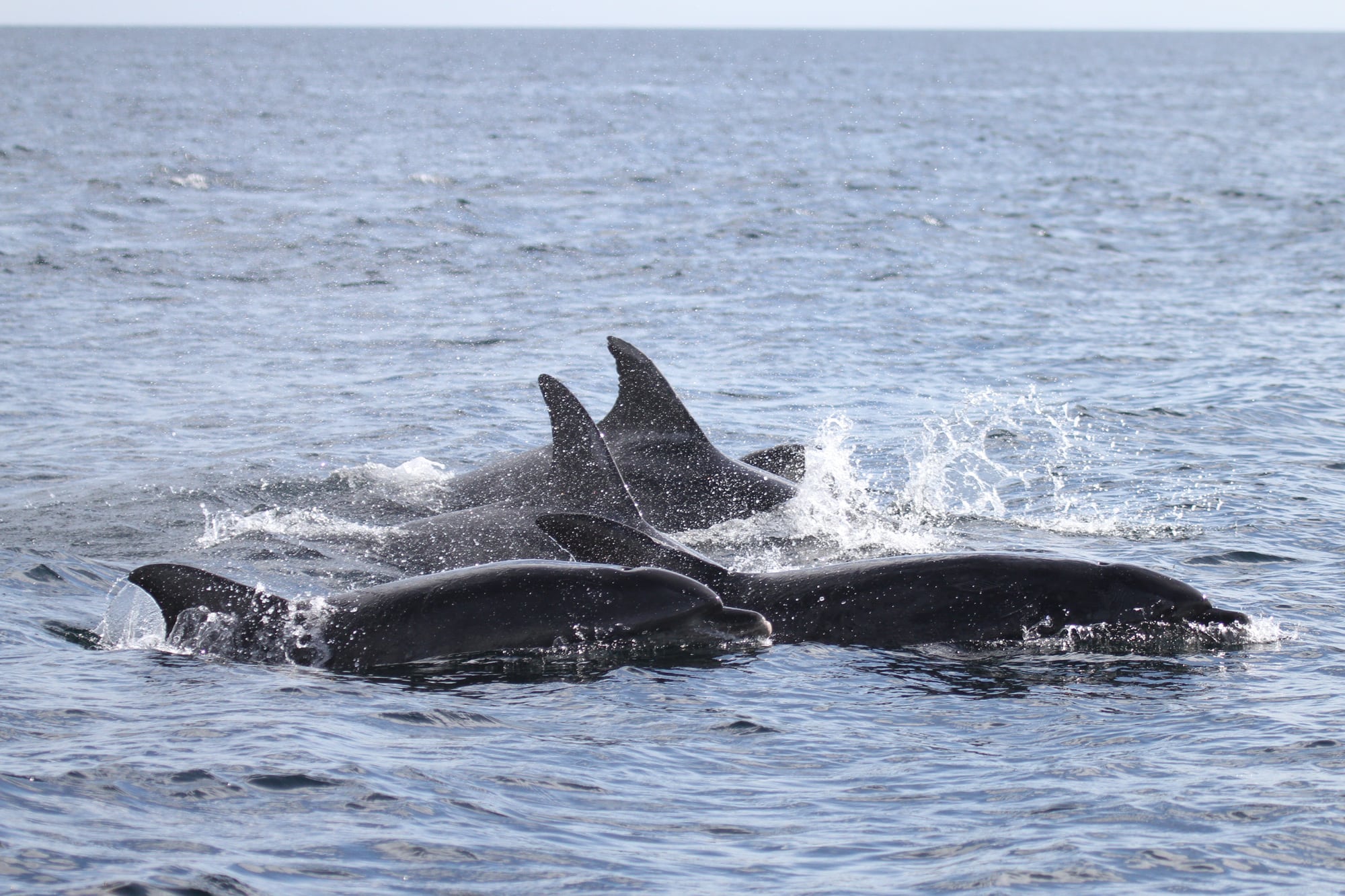 What the public however are not aware of are the numerous dolphin hunts that are being undertaken in countries throughout West Africa, Latin America, the South Pacific and Asia. The reasons for the hunts (which can include single or multiple individuals) vary from place to place with some claiming traditional and cultural beliefs. In some places, the availability of dolphin flesh originally stemmed from using dolphins who were unintentionally caught in fishing nets for bait and/or food, and the practice has evolved both due to an acquired taste for the meat, as well as the inability to sustain families with food, as fish resources plummeted due to over-exploitation.

Sri Lanka for example has been identified as one area where the problem of directed dolphin hunts for human consumption and shark bait has been escalating with a growing trade in the illegal harvesting of dolphins, primarily for bait in long line fisheries as well as for food. The practice is illegal as all marine mammals are protected in Sri Lanka, but despite stern warnings from the authorities, the threat of hefty fines and prison time, the killing continues and the availability of dolphin meat has continued to thrive on the black market.

Despite being illegal, approx. 15,000 dolphins are killed every year in Peru. Some are destined for dinner plates but the others, who have been either harpooned or clubbed to death and then butchered are used as shark bait for an ever-increasing market in China for shark fin. 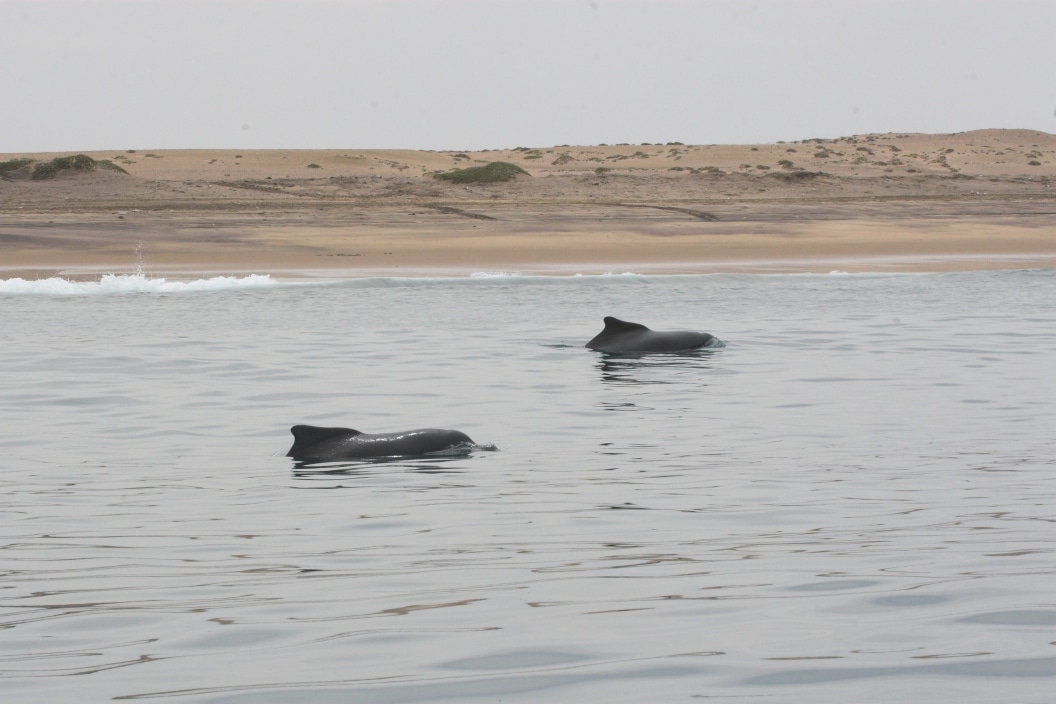 The direct hunting of small whales, dolphins and porpoises is a growing problem of unknown, yet concerning magnitude as the number being killed for human consumption is thought to be substantial and unsustainable. One of the drawbacks to making headway with this issue is that there is limited information available, yet the number of small whales, dolphins and porpoises taken is thought to far outweigh the number of large whales/dolphins killed under the guise of commercial and/or aboriginal whaling and is second only to bycatch as the major threat facing them today.

WDC has been helping to highlight the ever-increasing problem and the issue of small whale and dolphin hunts resulting in their consumption or use (for traditional medicines etc.), collectively defined as “Aquatic Wild Meat or Aquatic/Marine Bushmeat” (as the problem involves more than just whales, dolphins and porpoises). It is prominently on the agenda at several international fora including the International Whaling Convention (IWC), Convention on Migratory Species (CMS) and Convention on Biological Diversity (CBD). At the recent CMS COP12, Parties adopted a Resolution addressing the issue. This will hopefully ensure global recognition of the problem with countries encouraged to address the unsustainable consumption of small cetaceans.

We need your support to draw world attention to this issue and to demand action, will you help us?

Please make a donation and we will help expose the truth about the illegal killing of whales and dolphins for human consumption. Thank you.