My time at the WDC North American office has come to an end; it has flown by and has been a wonderful experience.

A whale known as Abyss was very curious and came right over to the boat, and spent about 50 minutes with us just hanging around under the boat. I wonder what this very curious whale thought about everyone on the boat.

On another trip I was fortunate to see one of the adoption whales, Reflection, along with her calf from this year. She was being very active at the surface and was flipper slapping using both flippers for quite a while. Reflection is one of WDC’s favourite adoption whales and was first sighted as a young whale over 25 years ago. She was named for her symmetrical fluke pattern, a characteristic which she has not yet shared with any of her five calves. 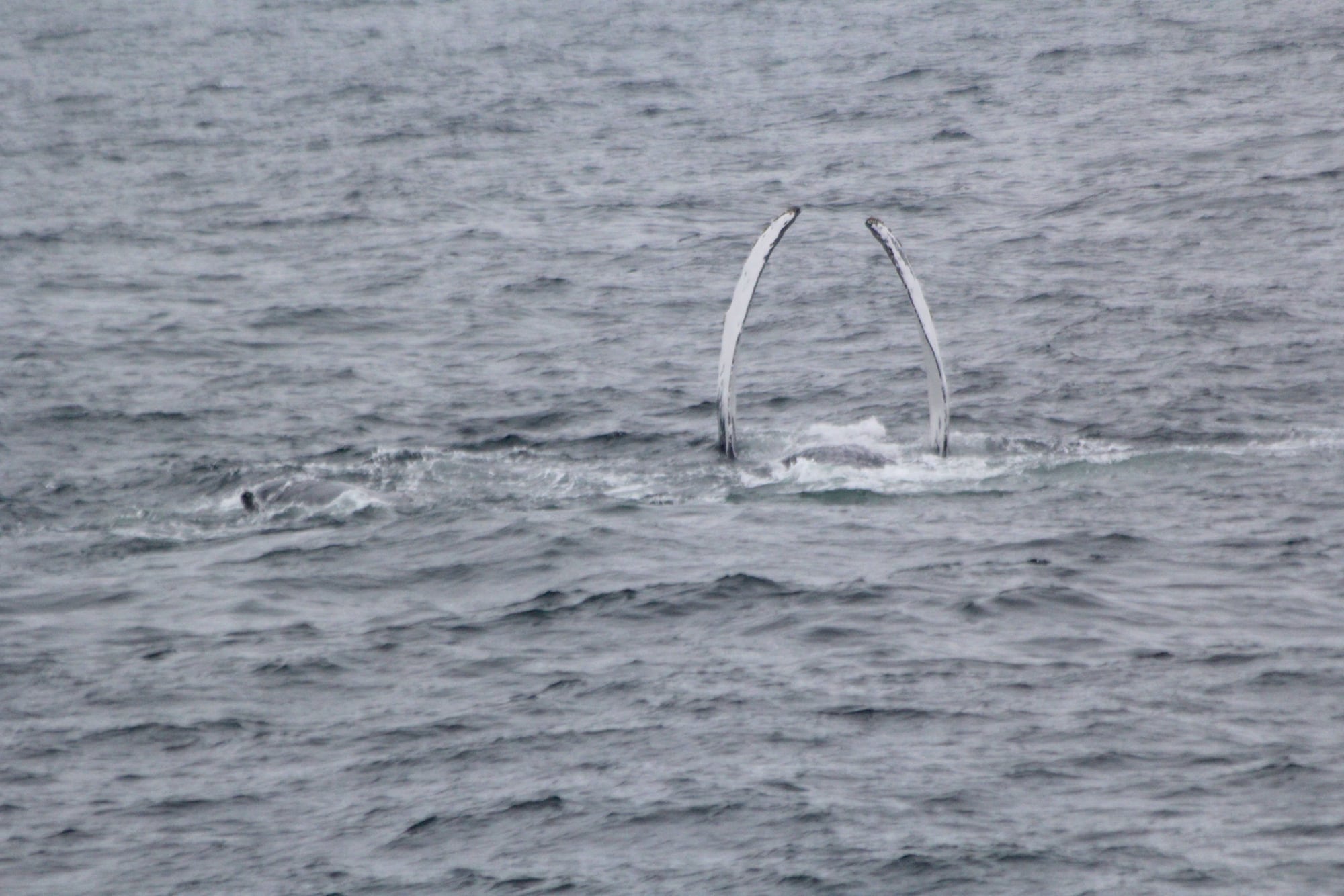 Whilst I have been here helping with the studies into the humpback whales that use these waters for feeding and rearing their young, there has also been some saddening news during my stay.  The discovery of yet another dead North Atlantic right whale was made on October 23, marking the 16th known death for the critically endangered species since April of this year and the loss of more than 3% of the entire species in a six month period.

This is very worrying news.  Since 2005, WDC North American office has been working on a programme, specifically dedicated to the continued survival of the critically endangered North Atlantic right whale and they are diligently working with their conservation partners to save the remaining right whales from extinction. If you would like to help WDC and its work to save this species, please consider making a donation.

I feel very fortunate that I had this opportunity to assist on the studies into the whales, that I had good weather and excellent sightings of so many whales displaying an array of different behaviours. It was all topped off on a boat trip with other WDC staff and volunteers, where as we went out we had a wonderful sunrise, and were soon accompanied by a pod of bow-riding common dolphins.