Colleen and Monica are still going strong at the Biennial Conference and it sounds like Day 2 was all about networking. For so many in the marine mammal field, everyone is spread out geographically, so this conference brings everyone together in one place.

If you missed Day 1 updates, check them out here.

One of the great things about this type of conference is that you get to put faces to names you’ve worked with from across regions.  Today I met one of our partners on the Whale SENSE program in Alaska, who I’ve emailed and worked with for years but never met face to face. We only managed to sneak in a quick selfie right before a talk, so I’m going to spare you all from that (semi-awkward) photo and hopefully we will have time for a real picture together that I can share in the next few days.

Day 2 was even more jam packed than Day 1, and featured the first round of speed talks. Each of these was limited to 4 minutes, so you can imagine how much information was shared during that time- essentially a series of elevator pitches. Overall there was a large focus on conservation projects today, so many of the talks were incredibly relevant for WDC’s work. A few highlights: 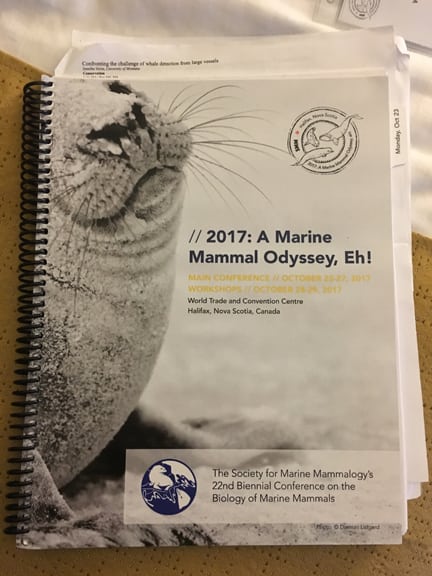 We’re really getting into the swing of things on the second day of the Biennial, and I can feel my brain starting to expand with all this new knowledge and new ideas.  I had the opportunity to meet with several of the presenters who spoke today to seek out more information, on everything from the social dynamics of Northern Resident orcas to supergroups of humpback whales forming off the coast of South Africa.  As the Rekos Orca Fellow, I’m attending as many orca talks as possible and connecting with orca researchers to talk about what we know about different populations around the world, and the current and potential threats that exist for those populations.  I’m also trying to keep up with research happening on the west coast of the US and Canada, since that’s the area I call home, and attend any talks that can help advance WDC’s work to protect whales and dolphins around the world.  Even with all of this learning, we’re still finding time to have some fun and meet with friends!  I had lunch with old field buddies from the Alaska Whale Foundation, and we reminisced about “the good old days” and the time our boat almost sank in the middle of the night during a bad windstorm.  We also talked about the incredible new technology that is developing in the world of whale research, including computer programs that can help ID whales, and the potential for what this technology can reveal.  My day came to an end with an event celebrating the efforts of Canadian researchers, and a panel of five diverse scientists shared their own stories of doing field work and the marine mammals that inspire them.

Here’s a snapshot of my favorite new facts of the day:

When I’m not running around between presentations or meeting with researchers, I’m helping to represent WDC at the MMPA coalition table, a group of environmental organizations working together to defend the MMPA from attempts to weaken its important provisions.  It’s been a great opportunity to reach out to scientists and marine mammal leaders around the world and raise their support for this landmark law.  And tomorrow, I put on my presenter hat when my poster on Southern Resident orcas goes on display (sneak peak below!)- Colleen 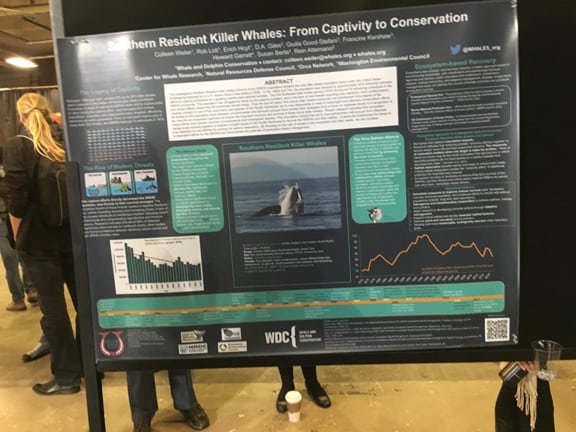 Catch up with the rest of the Blogging from Biennial series.