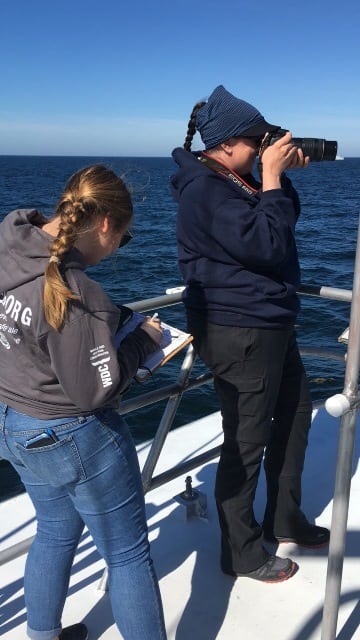 It’s been two weeks since I arrived at the WDC North America office here in Plymouth, Massachusetts. I’m normally based at the UK office, but I’m lucky to be here on sabbatical assisting on the studies of the whales in Cape Cod, particularly humpback whales.

After being taught the data collection techniques, which is very similar to the methodology we use for the Bardsey Island Risso’s research, I have been fortunate enough to spend most of my time on  Whale SENSE accredited commercial whale watching boats recording different species of whales and other wildlife that we see. Every trip has exceeded expectations.

So far, I have seen a number of individual humpback whales and a variety of different behaviours. For humpback whales, we can tell individuals apart as each whale has a unique black and white pattern on the underside of his/her tail. When they dive down, they show us this part of their tail; we take a picture of it, and then can match it to a whale in WDC-NA’s humpback whale catalogue.

I’ve seen an adult male named Rocker doing some very impressive tail waving before every dive, another curious humpback started spy hopping right next to the boat and a few different individuals have been flipper slapping on different trips. On one trip I was delighted, as was everyone else on board the boat, when one of the humpbacks started breaching a number of times! This whale would then take a few breaths before doing some flipper slapping, before returning to breaching. I think we had a total of 15 breaches, a very rare sight to see as these whales are in this area to gain weight and conserve energy for their migration to the Caribbean to mate and have calves. 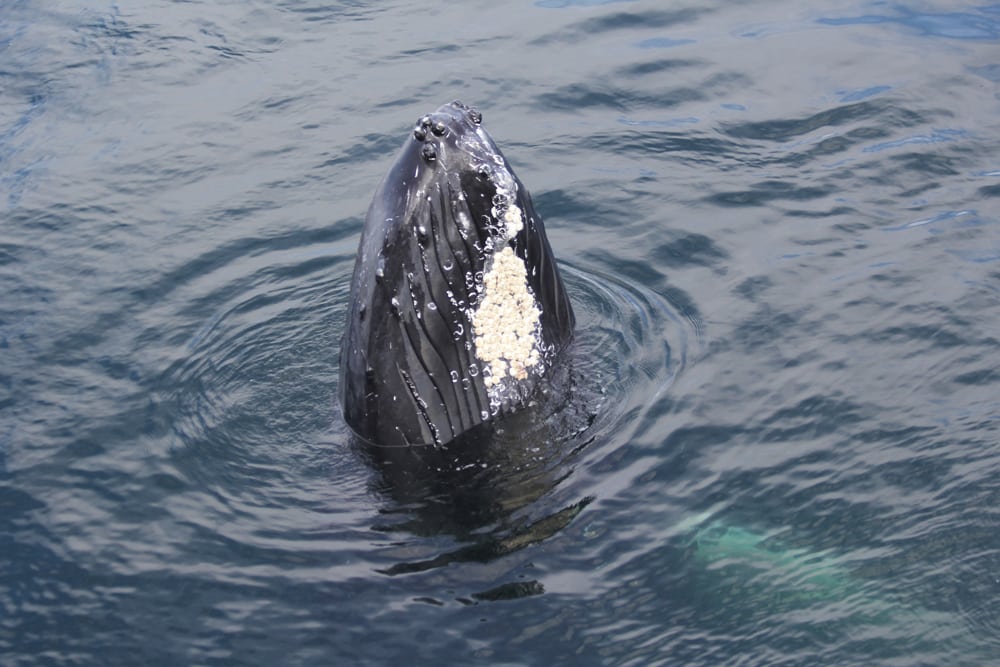 I was also fortunate to see kick feeding, a behaviour used for feeding where the whales slap the surface of the water with their tails first and then blow bubbles to corral bait fish together. This behaviour is unique to humpback whales who feed in the Gulf of Maine off the coast of New England.

WDC has been studying and protecting the whales of Cape Cod since 2005 but research on this population dates back to the 1950s.  Gulf of Maine humpback whales were among the first whales to be individually identified and named starting in the 1970s making these whales one of the most studied population of humpbacks in the world. 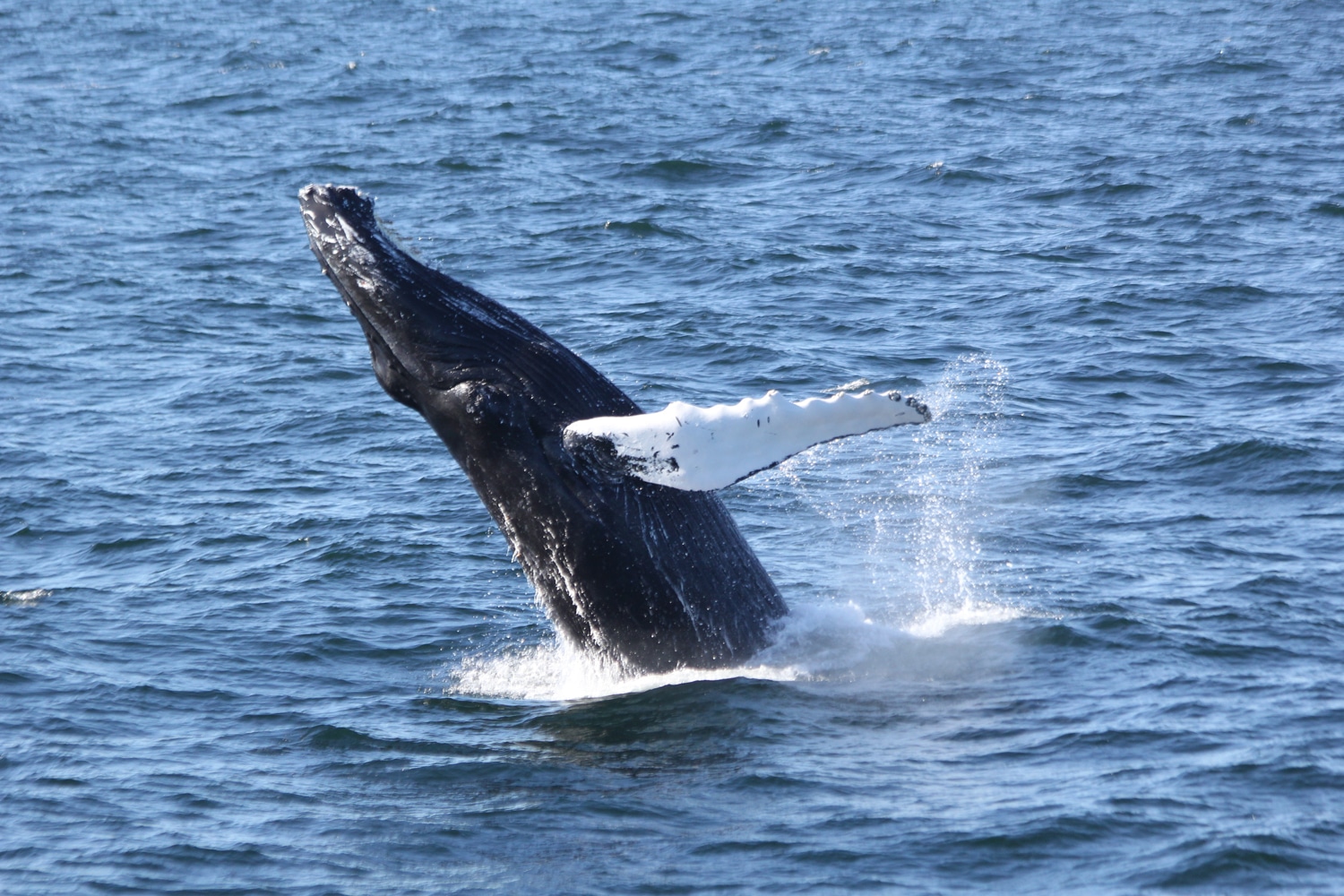 The data are essential in understanding how whales use a habitat e.g. is it for feeding and rearing their calves or for mating and giving birth?;  which areas are preferred at different times of year and any changes to these patterns?; and most importantly, are they safe from human threats in their preferred habitats.  Working collaboratively with other researchers in the area, WDC uses these data to protect whales from the impacts of ship strikes as well entanglement in fishing gear, two of the biggest threats to whales in this area.